Despite not having its usual red carpet, the 2021 Golden Globes produced several standout fashion moments, especially among the male nominees.

Men’s fashion was a highlight of the awards ceremony, as many actors looked to more fashionable and colorful versions of the traditional suit to appear at the Golden Globes virtually.

“Not a bad way to spend a Sunday night in,” Levy wrote on Instagram. “Thank you @pppiccioli and the incredible team at @maisonvalentino for letting me be the first to play in your new men’s haute couture.” 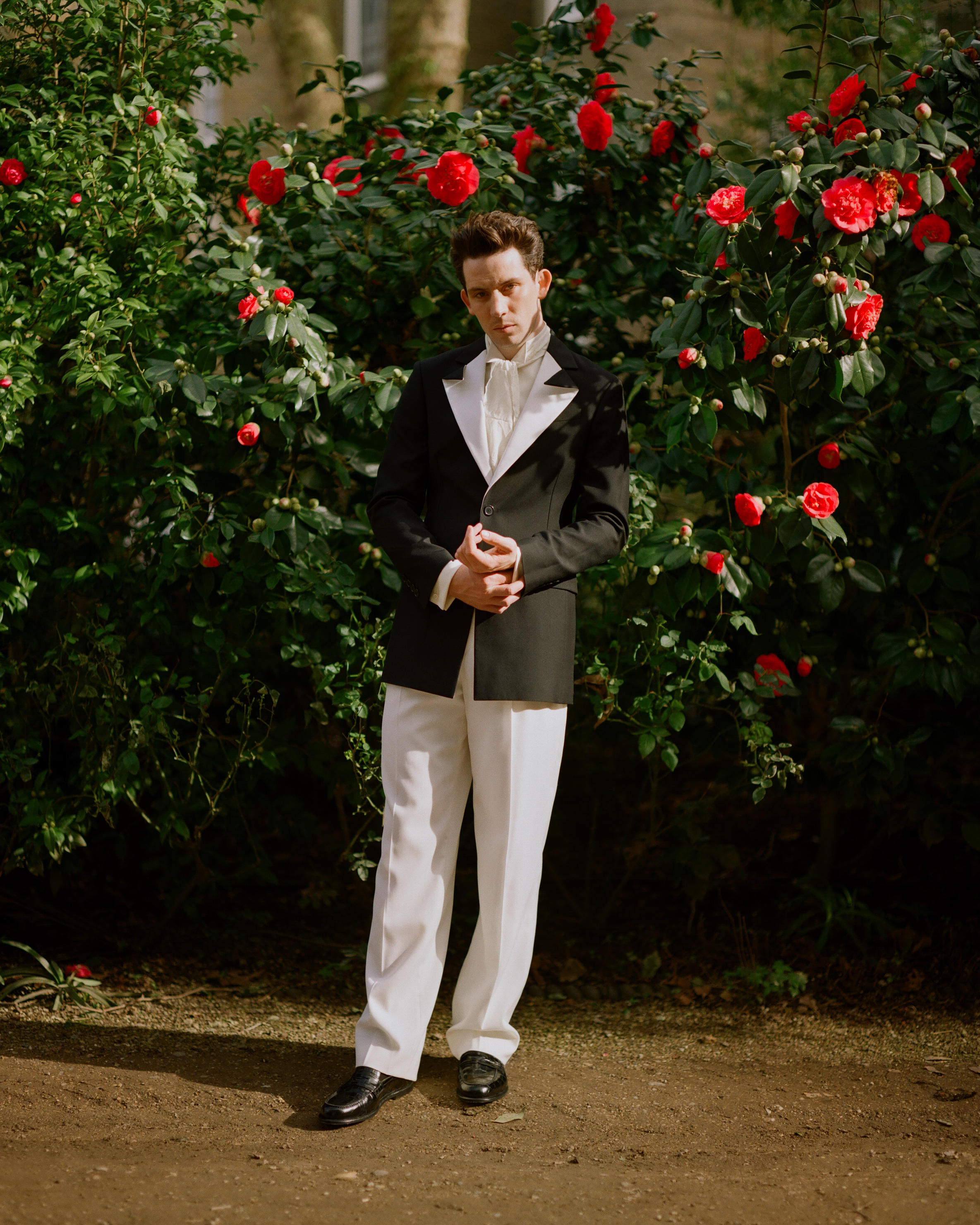 Josh O’Connor in Loewe at the 2021 Golden Globes. William Waterworth

Josh O’Connor, who won his first Golden Globe award for his role as Prince Charles in “The Crown,” teamed with Loewe again to wear an updated version of a tuxedo with a black-and-white jacket paired with white trousers and a matching white scarf.

Actor Tahar Rahim, who was nominated for his first Golden Globe for his role in “The Mauritanian,” made his Globes debut wearing a violet Louis Vuitton suit and the design house’s newest watch, the Tambour Street Diver.

Eschewing the typical black-tie dress code of the Golden Globes, Jason Sudeikis chose a casual tie-dyed hoodie to accept his award for Best Performance by an Actor in a Television Series (Musical or Comedy) for his role in “Ted Lasso.” 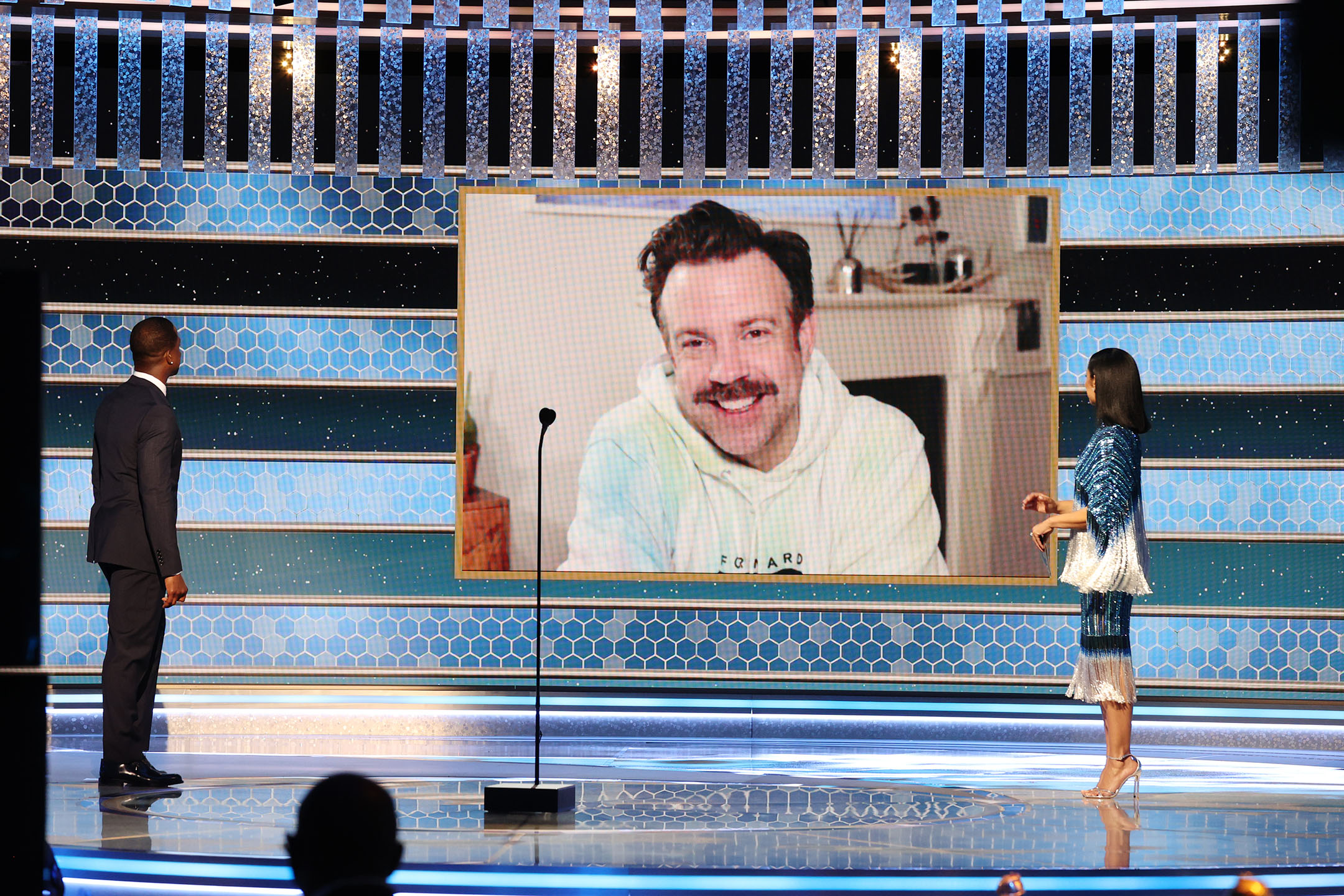 Click through the above gallery to see more photos of the men’s fashion at the 2021 Golden Globes.

WATCH: What It’s Like to Walk the Red Carpet at an Awards Show