IT’S safe to say that if you shop at Aldi, you’ll understand that the cashiers are insanely quick.

You’ve only just put your items on the conveyor belt and they’re already scanning them through at the speed of light, leaving you fumbling around trying to quickly get everything in your bags. 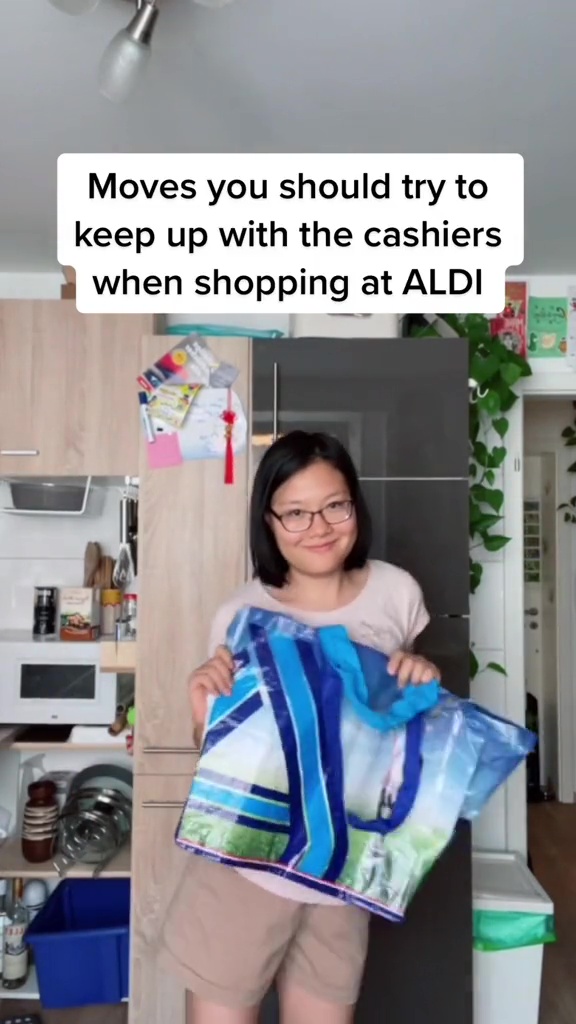 Over time, many Aldi shoppers have attempted to come up with ways to keep up with the cashiers, with people avoiding attempting to pack their shopping into bags and instead placing an empty trolley at the end of the till and just throwing everything in.

Packing at Aldi is an overwhelming experience, right?!

Well, one Aldi shopper took to TikTok to share how she keeps up with the quick-moving staff at the checkouts when paying for her shopping and viewers were left in hysterics.

Uyen shared her “moves you should try to keep up with the cashiers when shopping at ALDI”.

Posting under ‘uyenthininh’, Uyen swears by her Aldi packing hacks.

The video is captioned: “I tried it and it works.”

First of all, is the “The All In”, which sees Uyen quickly sweep all of her items into a huge bag in one go, sending eggs and tomatoes flying.

The second method is the “Extra Hands” and involves another shopper helping to pile the shopping into the bag.

The next technique is “The Slow Grandma” and sees Uyen dressed as an elderly shopper (with a tea towel on her head) as she slowly and carefully packs her items away one by one.

For this technique, Uyen says: “They’ll have mercy”.

Finally, the last method is called “The Giving Up” – we see a tired Uyen holding her bag out to the cashier as they simply throw the food in.

Many viewers were left in hysterics at Uyen’s surprising techniques.

It has 356 comments and has been shared almost 500 times.

One person said: “No1 was seriously impressive.”

A second said: “My bf and I always betting on the “can I keep up game” when we do groceries.”

Another added: “Gurl I live here my whole life and I STILL CAN’T KEEP UP WITH THEM?! I’m always in panic mode.”

An ex-Aldi worker commented: “I used to work there. They did daily checks to see the cashier's speed increase. You get scolded for going too slow. It sucked.”

While one user revealed: “I have tried the slow grandma and the given up, didn't work." 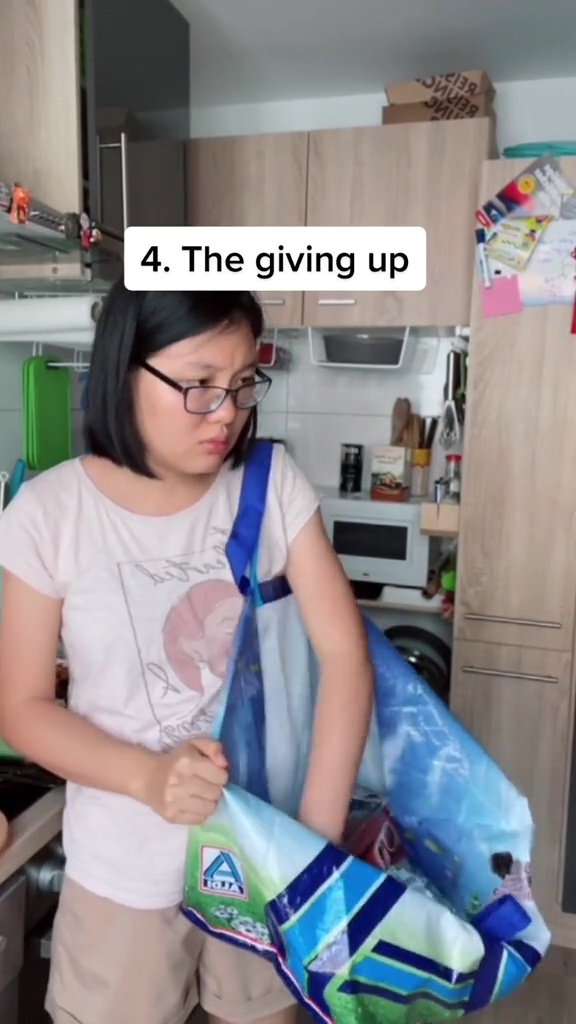 Also, a baker shares ultimate wedding cake fail after spending 10 hours cooking only for it to end in disaster.