A YOUNG woman has been left fuming after she and her friends were turned away from a nightclub for not wearing high heels.

Posting a video to TikTok after not being let in, Annabel Kershaw explained that there seemed to be one rule for women and another rule for men. 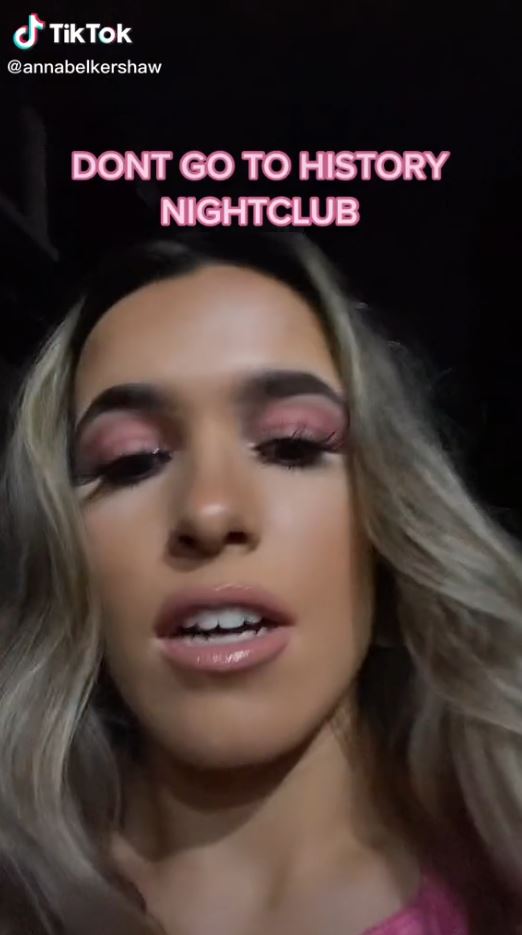 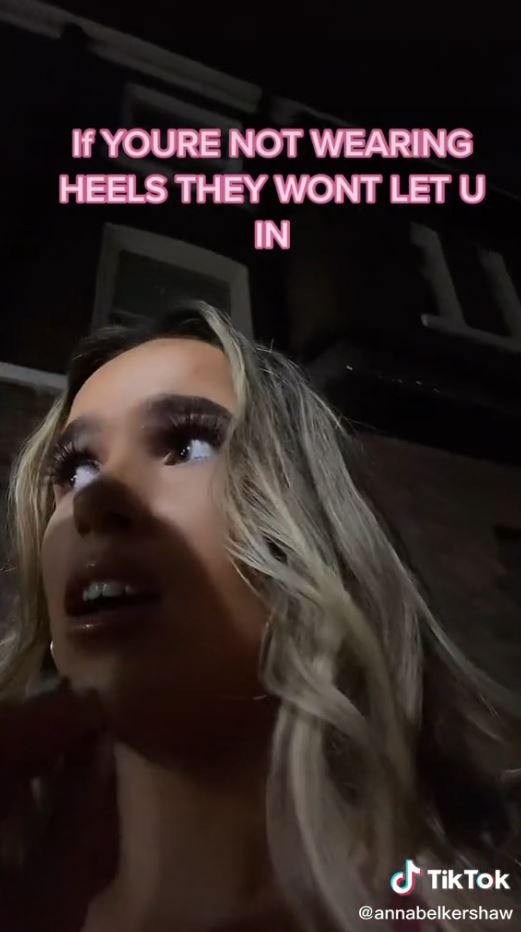 "Don't come to History Nightclub because you won't get in if you're not wearing heels, it's ridiculous," she said.

"Lads are let in with trainers on but girls if you're not wearing heels, even if you're wearing sandals, you're not allowed in.

"My mates are all wearing flats and they won't let any of us in."

Annabel went on to show a clip of all of their shoes – which included sandals and sneakers – writing 'what a joke'.

She added in the comments that the dress code said to 'dress smart' but never specified heels.

The majority of commenters were shocked that in this day and age, heels were required.

"Should be the same for everyone, get the lads in heels," said another.

"Never understood clubs obsession with shoes, like surely it's the least important thing you're wearing," a third person wrote.

A fourth person added: "It's ridiculous discrimination to demand people wear heels, a lot of people can't because of medical reasons and besides that, it's completely sexist."

While the majority of commenters were on her side, there were others that said the club had every right to turn them away.

"Some places have dress codes, don't have to get mad about it," one viewer wrote.

"I work in a club and Saturday's a more dressy night anyway, I understand trainers is [sic] comfortable but it's more of a look for the club," someone else said.

"This is standard in Liverpool and any club with a certain image they want to uphold. Restaurants can refuse entry if you're not dressed properly," another added.

It seems Annabel and her friends aren't alone, as others said they had similar experiences.

"Boys in front of us got let in with the same shoes I got turned away in," one woman said.

The Sun has reached out to History Nightclub Manchester for comment. 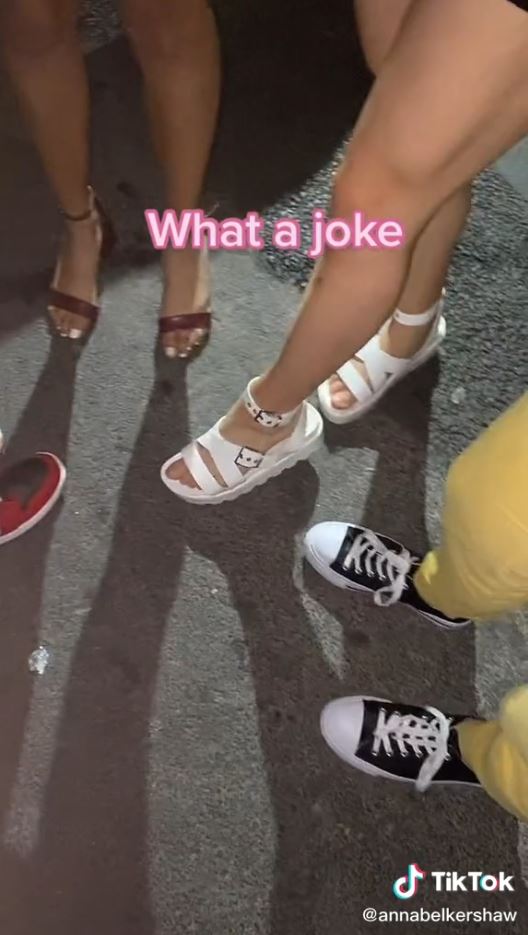 Elsewhere on Fabulous, I’m a hairdresser and I never brush my hair or sleep with it up, you’re ruining your style if you do.

Plus my wardrobe’s packed with designers like Dolce & Gabbana & Moschino which I bought for pounds, I’m a charity shop genius.

And woman reveals secret AirPod hack that lets you spy on people by listening into their conversations.