AS the summer months roll in, taking care of your skin is more important than ever.

Wearing sunscreen is key to this and doctors have now warned against a dangerous TikTok trend that could lead to skin cancer. 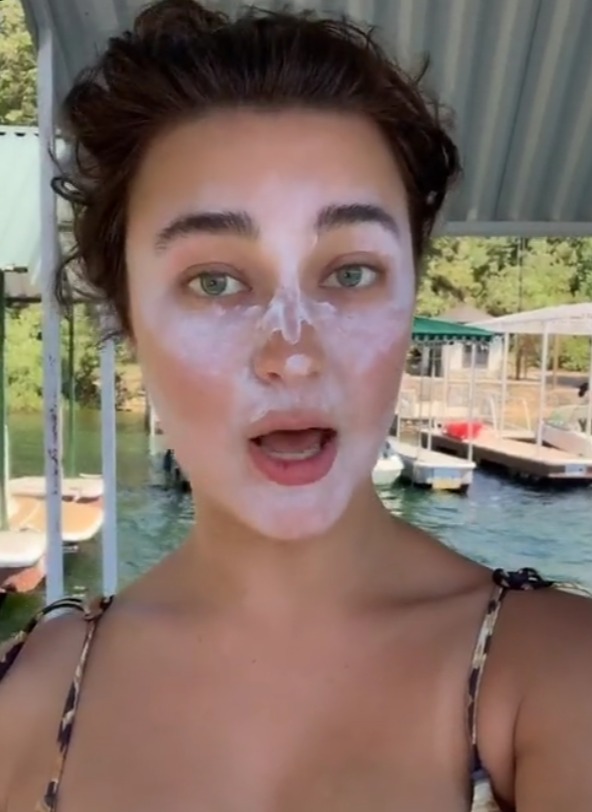 The trend went viral after Los Angeles-based model Eli Withrow, 24, posted the tip which she said had left her "feeling snatched all summer".

Posting to her 54.6K followers she said: "Haters will say it doesn't work, but I am convinced that if you put a base sunscreen of SPF 30 on and SPF 90 on all the spots that you would put highlighter on, the sun will contour your face where you put bronzer and you will be naturally snatched all summer".

The NHS states that there is "no safe or healthy way to get a tan" and that tanning does not protect your skin from harmful effects.

By not using an SPF that's right for you, you could risk sunburn or further damaging your skin.

Dr Simran Deo at Online Doctor, Zava, said that UV rays from the sun can cause significant damage to the skin – especially for those with fair skin.

"Although using SPF to contour may lead to temporary tan lines in areas where you would usually use make-up to create the same effect, once those tan lines fade you can be left with more permanent skin damage, which presents at a later age and is not so easy to reverse.

"The harsh UVA, UVB and UVR rays of the sun can lead to early signs of ageing such as wrinkles and fine lines, areas of hyperpigmentation such as lentigo or deeper pigmentation known as melasma.

"It can result in damage of the skin cells leading to skin cancer and pre-cancerous changes, as well as having an effect on your immunity", she told MailOnline. 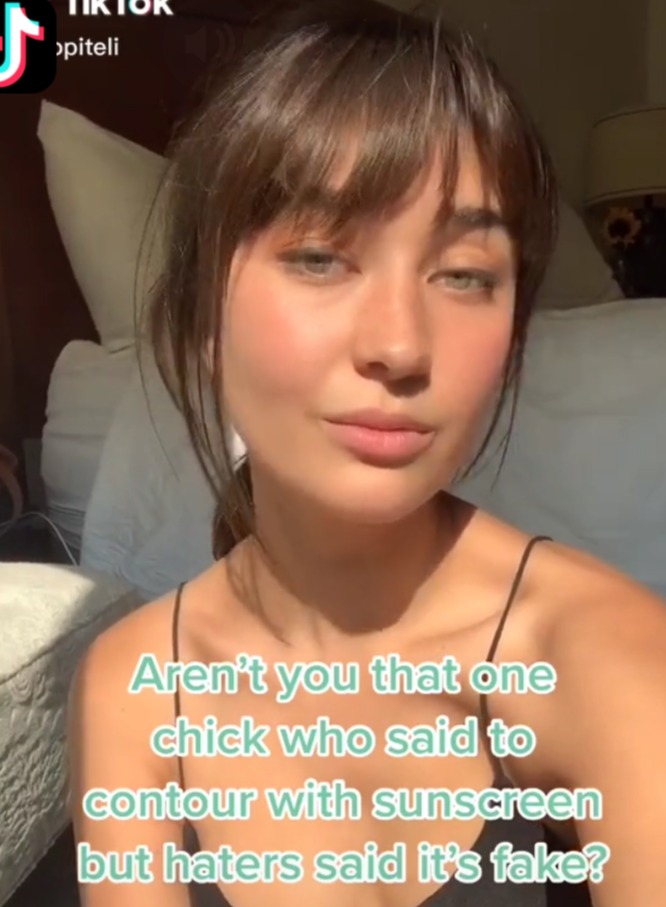 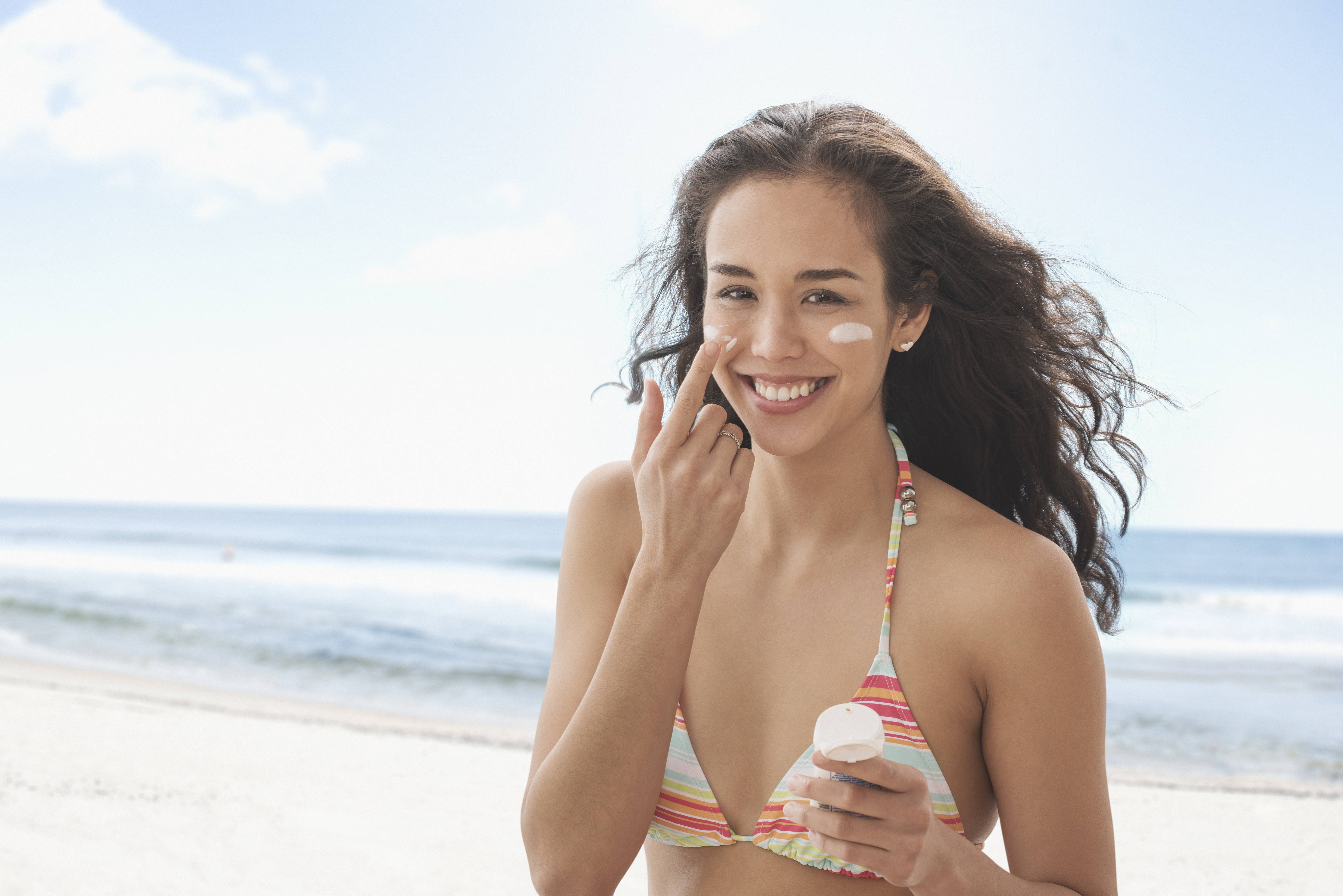 LloydsPharmacy pharmacist Anshu Kaura said that in the UK, you should wear SPF across your exposed skin from March onwards.

She said: “It’s important to remember that the sun in the UK can be very powerful during the summer months and we’re not exempt from its damaging effects.

"The sun is strongest in the UK between March and October and between the hours of 11am and 3pm.

"The NHS advise wearing SPF 30 during these months and staying out of the sun in the hours where it’s at its strongest."

Anyone can get skin cancer and Melanoma is the fifth most common cancer in the UK. 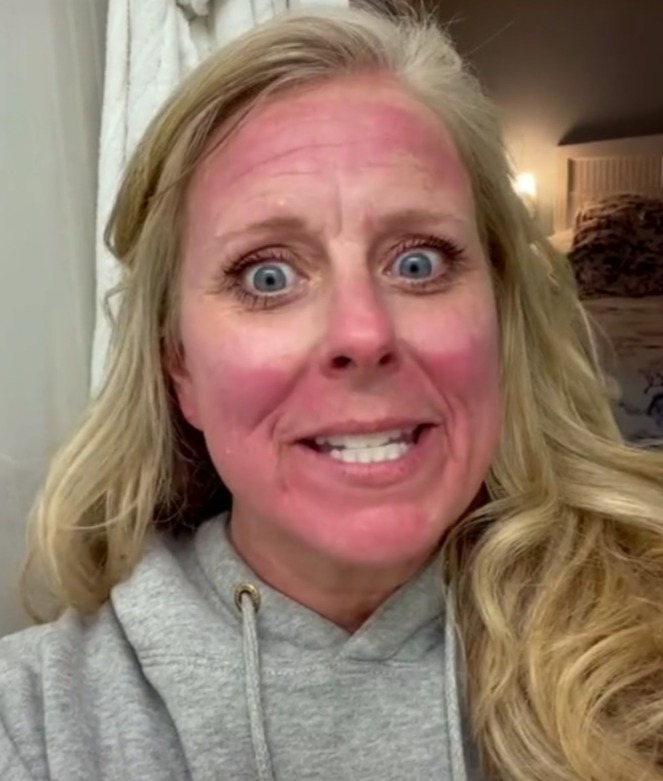 Melanoma is caused by overexposure to the sun and sunbeds and this is why The Sun previously launched its Dying For A Tan campaign to raise awareness about the dangers of using sunbeds, which can raise your risk of skin cancer and cause premature ageing.

While experts have slammed the TikTok trend, many social media users have claimed the hack has worked for them – resulting in them having a contoured look.

However, other users have stated that people should not try the trend, and should instead just use sun lotion all over.

Christa Clare Mclane posted a video about the TikTok hack after she decided to give it a go.

The video show pictures of her enjoying herself using normal sunscreen techniques, before showing how her face looked after using the hack.

Her face was bright red and she had large white patches around her eyes.

Dying For A Tan campaign

There are an estimated 7,000 tanning salons in Britain, with some offering sessions from as little as 50p a minute.

Kids as young as EIGHT are using sunbeds, with seemingly little understanding they are playing Russian Roulette with their health.

According to Cancer Research UK, Melanoma skin cancer risk is 16-25 per cent higher in people who have used a sunbed (at any age), compared to people who have never used sunbeds.

This is because sunbeds pelt the skin with such strong UV rays which increase the risk of developing malignant melanoma – the most serious form of skin cancer.

Just 20 minutes on one is comparable to four hours in the sun – with many stronger than Mediterranean rays at midday.

In many cases the damage is invisible until it’s too late, as it can take up to 20 years to become apparent.

Around 16,000 new melanoma skin cancer cases are diagnosed in the UK every year – that's 44 every day.

There are around 2,300 melanoma skin cancer deaths annually – that's more than six every day.

It’s part of the reason the World Health Organisation has deemed sunbeds are as dangerous as smoking.

This is why Fabulous says it is time to stop Dying For A Tan.

The teacher said: "Not a good idea."

LloydsPharmacy pharmacist Pareena Patel said that while this style might look good now for those who had had so-called success with the hack, the damage could actually cause premature ageing.

She added: "Cumulative sun damage means that each time you are exposed to the sun, the damage of previous exposure may deepen.

"You can’t always reverse the harmful effects of the sun, however there are ways in which you can minimise the future impact by ensuring that you remain as careful as you can with your skin."