LONDON — Tied to the launch of a new summer capsule collection with British label Fred Perry, emerging men’s wear designer Nicholas Daley is once again offering an aspiring music artist the opportunity to have a recording masterclass  with the Chiswick-based Metropolis Studios.

Daley’s design is heavily influenced by music, and his presentations often integrate music performances. The Fred Perry x Nicholas Daley music grant was created for him to give back to the British music community. The two released their first collaboration last October. London-based cosmic soul singer Aden took home the inaugural grant.

“Music is the unifying force between our brands and plays a key role in each collaboration collection. That is why during a time when the music industry is under great threat, we decided to pull together and offer the music grant to support the next generation of musicians here in the U.K,” the designer said.

Entries will be accepted from unsigned, U.K.-based artists from Thursday to Aug. 5. Applicants will be judged by a panel of five industry experts, which includes musicians Nilufer Yanya, Nubya Garcia, DJ Bradley Zero, Gilles Peterson and music writer Tara Joshi. 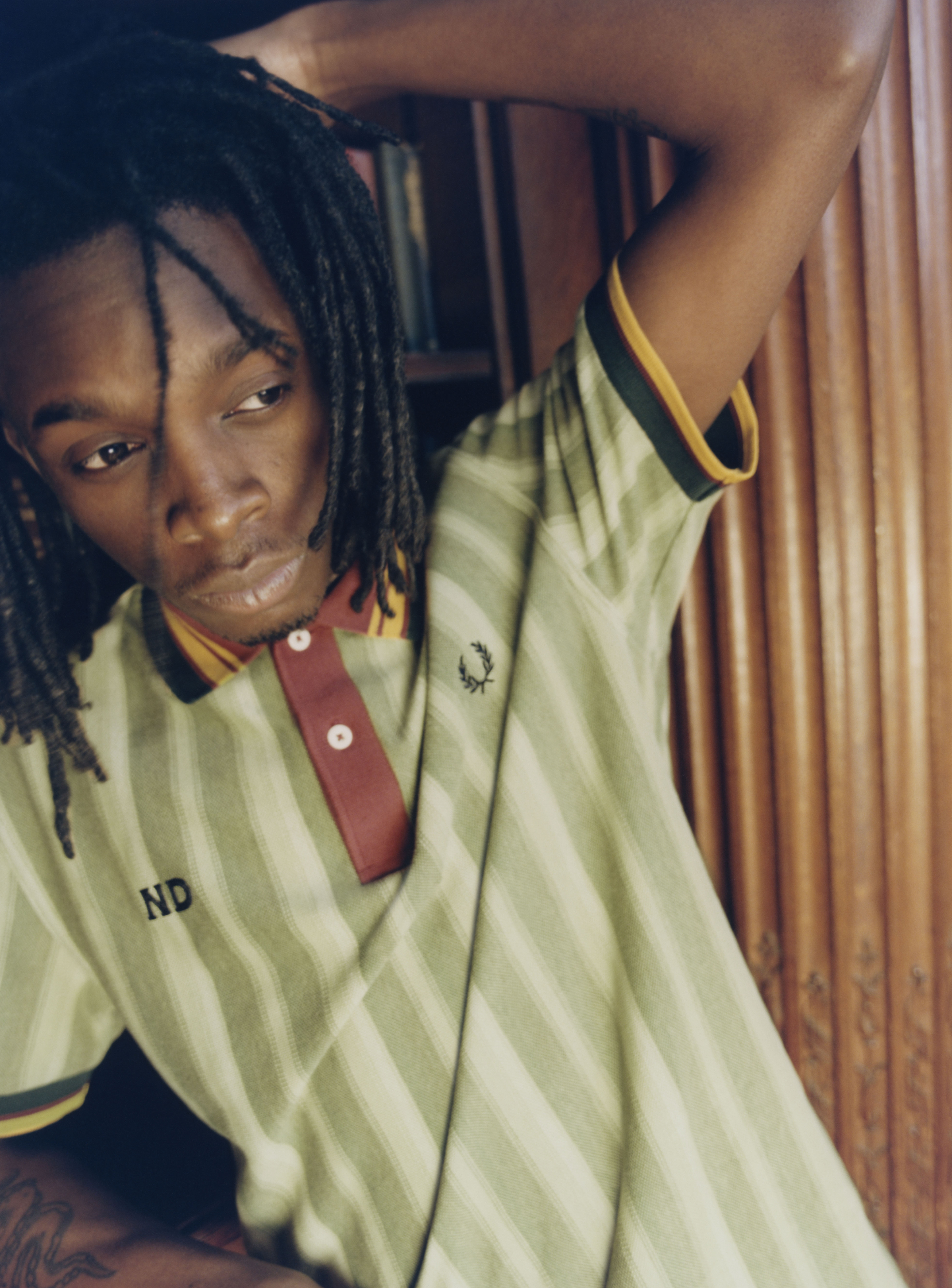 Founded in the late Victorian era, Metropolis Studios is one of Europe’s leading independent recording studios. Artists like Stormzy, FKA Twigs, Queen and Noel Gallagher have all recorded their music there.

On top of the masterclass, the winner will also have the opportunity to record tracks that will be mastered by Metropolis engineers, access to Metropolis’ full tech rider, equipment and backline, and will receive brand and campaign management support.

For the Fred Perry summer capsule, which includes two polo shirts, a bomber jacket and a parka, Daley looked to Jamaican reggae musician Peter Tosh’s distinctive style and incorporated shapes from the Fred Perry archive. He also added details of martial arts, as Tosh held a black belt in karate.