PARIS — Once the preserve of hippies, ravers and Grateful Dead fans, tie-dye has moved into the mainstream — the trend gathered steam during the pandemic, as lockdowns prompted consumers to experiment with creating their own designs at home.

Having made a comeback in summer 2019, tie-dye has remained popular ever since, consistently ranking in the top 10 most searched prints and patterns in women’s wear, according to fashion search engine Tagwalk. In men’s wear, the trend is even more important, often in the top three most searched motifs, it reported.

The trend has been fueled by celebrities, from Jennifer Lopez taking a bike ride in an eye-popping Polo Ralph Lauren rainbow tie-dye sweatsuit to Bella Hadid personally tie-dyeing 50 T-shirts as part of her collaboration with Chrome Hearts to raise funds for Feeding America.

“I love how tie-dye styles can both visually and conceptually recall a series of experiments in the psychedelic California of the ‘70s — a cultural atmosphere that fascinates me,” she said.

Acne Studios cofounder and creative director Jonny Johansson said it felt particularly relevant now, as the pandemic has made people reconsider their spending habits. “If you look at it from a historic perspective, it’s a very interesting, beautiful technique and it’s easy to use for repurposing things,” he said. 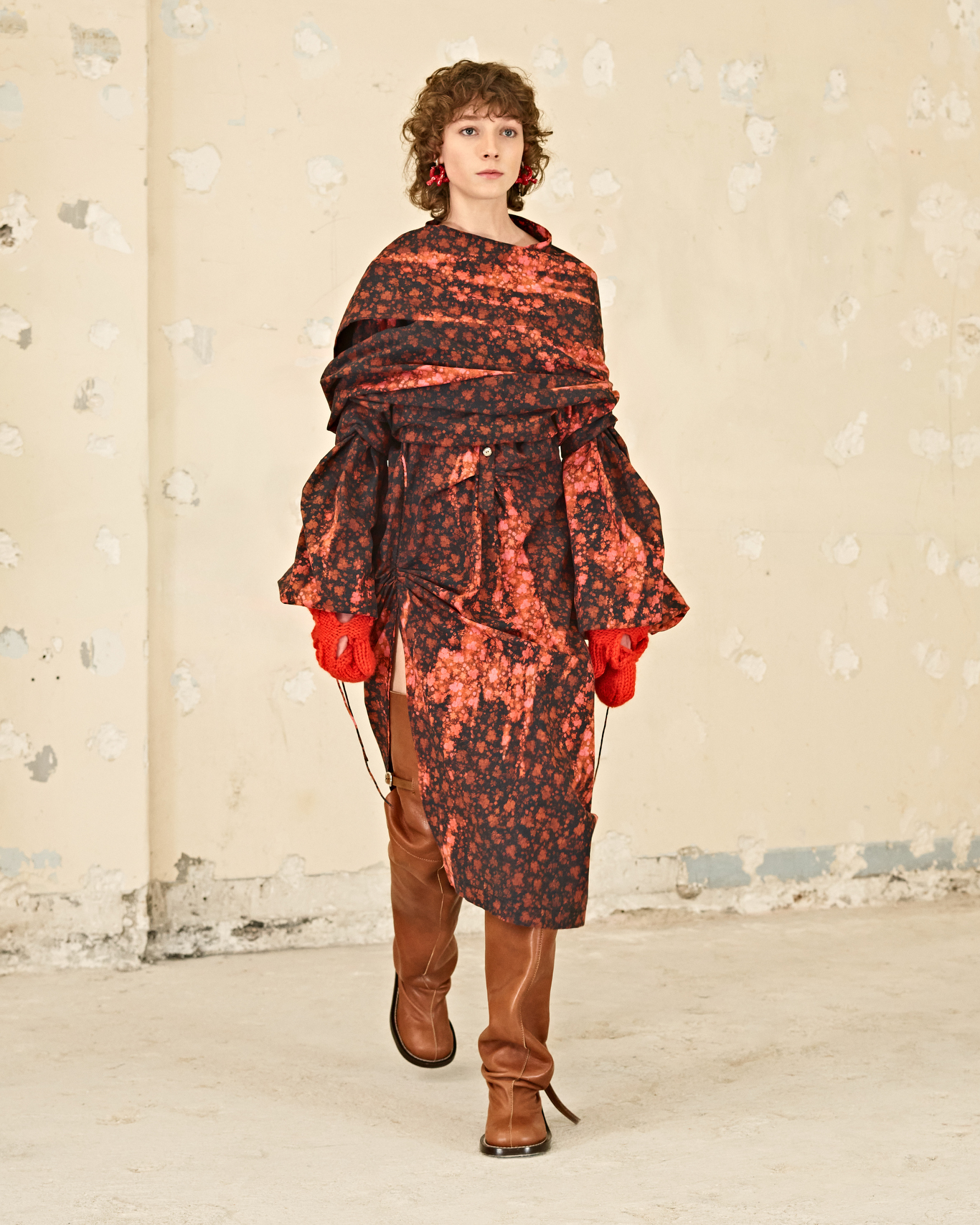 For his fall collection, Johansson hand-bleached and overdyed floral fabrics to mimic the worn texture of home-furnishing fabrics.

“It’s like a communication I feel with tie-dye, that it comes from a free world. Tie-dye is something you can make yourself and really make quite a strong impression. You can do your own patterns,” he remarked.

“The tie-dye is quite soft here and not very technically advanced. There are these crafty people that can make tie-dyes that are like art works, but this is more like what you do at home,” he added.

H&M tapped into a similar vibe with its new Innovation Stories collection, titled Color Story, which celebrates new, more sustainable methods of working with color. As part of the launch, it offered an online workshop in plant-based dyeing, using turmeric and avocado skins. 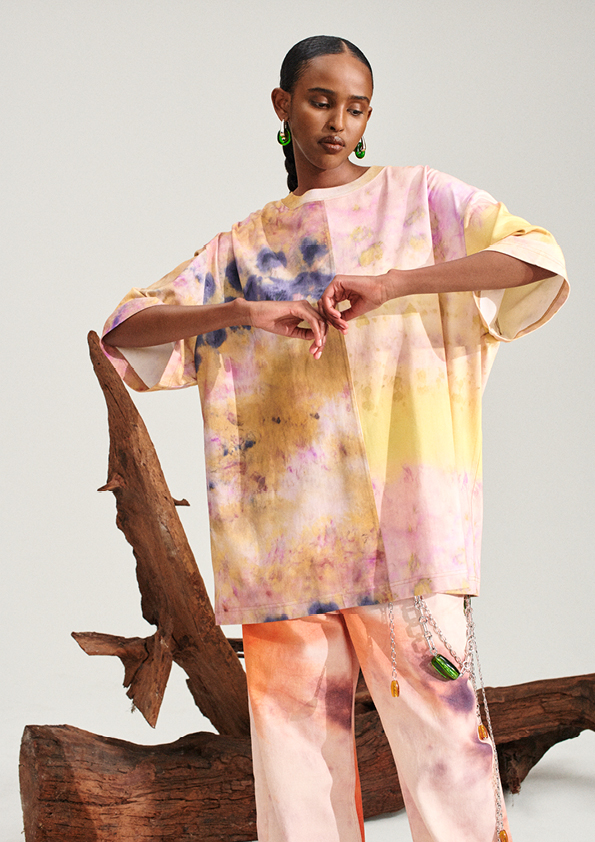 Proenza Schouler’s Jack McCollough and Lazaro Hernandez have been using tie-dye in their collections for more than a decade.

“For us, it’s an exciting code to work on season after season as it’s one of those things that can be developed in myriad different forms, so we still find it exciting and inspiring,” they said in a joint response to emailed questions.

“Of course, there’s the ’60s reference, but growing up in the ’90s where there was a major resurgence of everything ’60s, it speaks to us in a nostalgic way that takes us back to our early teens. The Japanese technique is also fascinating to us as Jack was born in Japan and has early memories of traditional Shibori from those days,” they explained.

Natalie Gibson, senior lecturer in fashion and founder of the fashion print course at Central Saint Martins in London, has been teaching students the technique since she joined the school in 1964, and it’s one of the few methods they have been able to try while learning remotely.

“The thing about it now taking off is that everyone’s at home,” she said. “I completely understand why it’s happening. People are doing all sorts of hands-on stuff at home. It’s something they can do to feel a bit creative. It’s quite magical, because you never quite know what’s going to happen.”

British craft supplies business George Weil & Sons said sales of its tie-dye kits have jumped 50 percent year-on-year. While it saw a sharp drop in demand from education workshops and the performing arts, orders from home-based customers in the U.K. and across Europe have increased.

Ian Bowers, managing director of George Weil, said sales of chemical and natural fabric dyes rose by up to 100 percent, though it was not clear what they have been used for.

“The most noticeable increase, however, has been in the sale of the small- and medium-sized but highly functional weaving looms, which is up by over 300 percent. Spinning wheels sales are up by over 50 percent,” he added.

Gibson believes that after living their lives online for the better part of a year, people are yearning for the perceived simplicity of the past.

“The more digital everything gets, there’s always something rebounding from that, and people are mad about the ‘60s,” she mused. “People broke out a bit in the ‘60s because everything had been much more controlled. You couldn’t buy funny clothes, you had to make them yourself, really, because there weren’t clothes for young people then.” 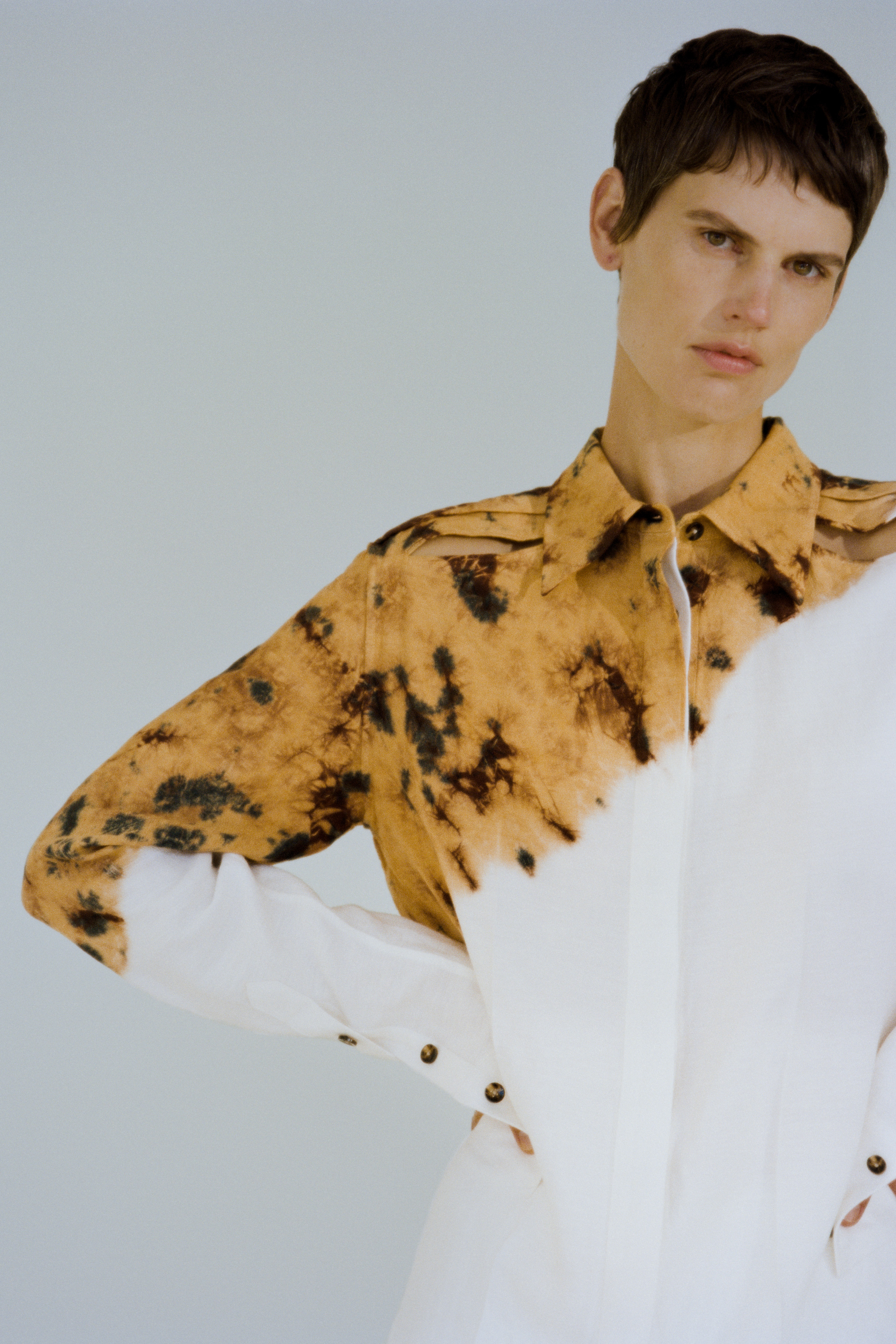 At Proenza Schouler, all tie-dyed items are created by hand, meaning that each garment is subtly different and unique.

“There are also so many form of tie-dyes that have been done throughout history by so many different cultures that the well of inspiration is limitless. It’s one of the few techniques we have returned to time and time again, and always finding new and interesting ways of exploring it,” the designers said.