NAILING the self-tan can be tricky and while it's more cost-effective than heading to the salon every time, sometimes getting in professional help is necessary to avoid a streaky finish.

Wanting to look "sexy" for her 19th birthday, one girl did exactly that and ditched her own fake tan mitt for the reliable eye of a professional by booking in a spray tan. 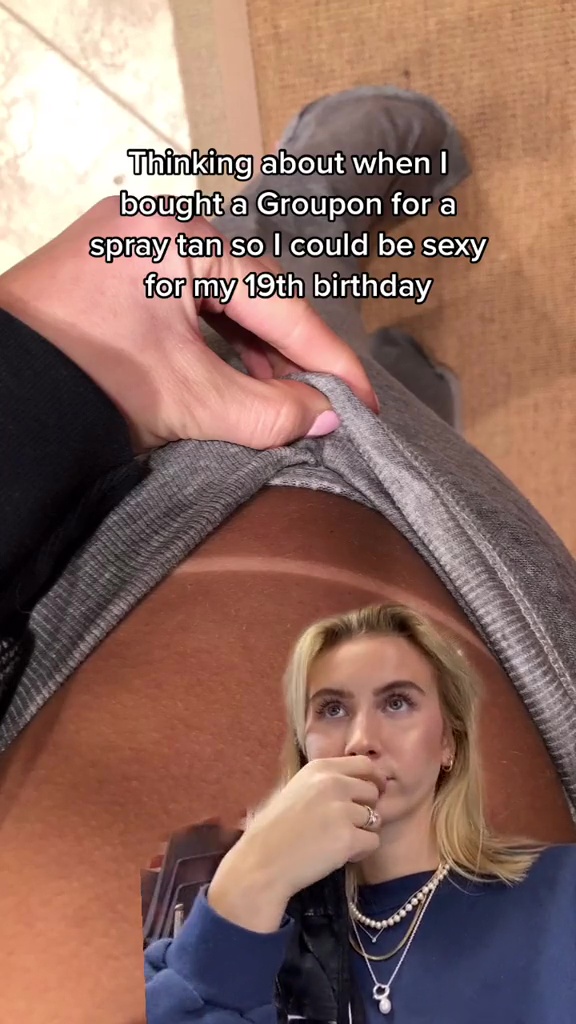 However, things didn't exactly go to plan and the girl admits she should have known better, after turning up to a woman's makeshift salon made from a tarp in her garden.

TikTok user known as Quincy (@quincy.philbin) wanted to give herself a golden glow ahead of her 19th birthday, but instead suffered a major fake tan fail that left her a deep shade of orange for two weeks.

Sharing a video online, she revealed that she was left with a huge white ring around her mouth from where she had been wearing chapstick – preventing the tan from sticking.

She'd snapped up a Groupon deal for a spray tan and was left mortified with the results. 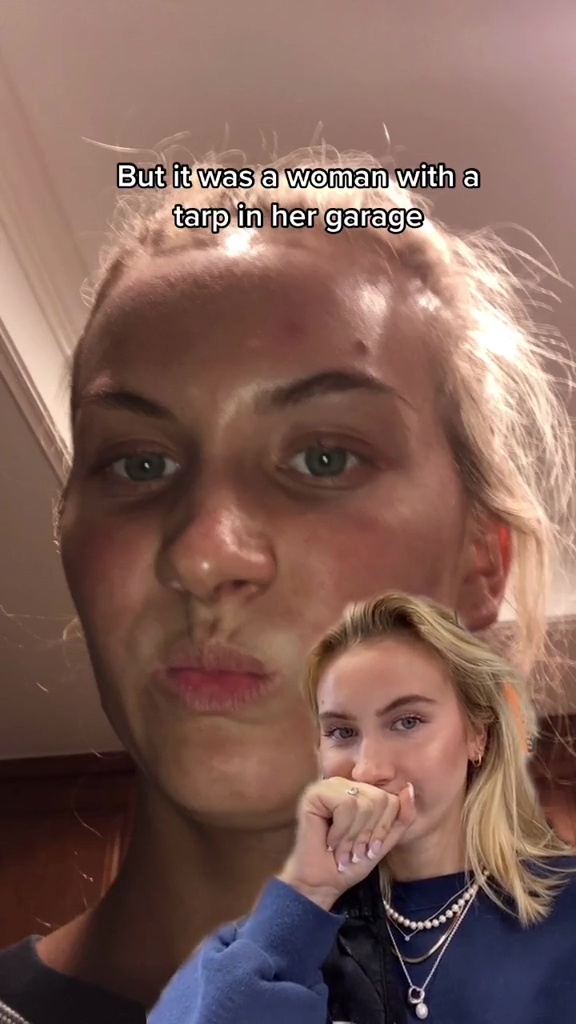 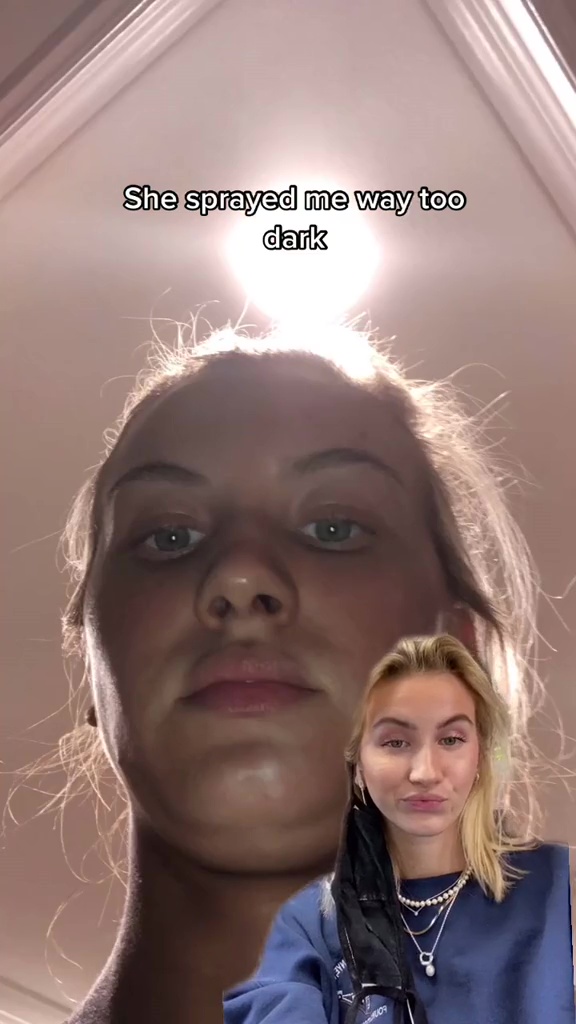 "Thinking about when I bought a Groupon for a spray tan so I could be sexy for my 19th birthday," she said alongside a picture of her bright white knicker line after her appointment.

"I thought it was a tanning place, but it was a woman with a tarp in her garage. She sprayed me way too dark," Quincy added, along a series of shots of her skin looking a deep shade of mahogany.

She explained: "I looked like this for two weeks & had a ring around my mouth from wearing chapstick during the spray tan." 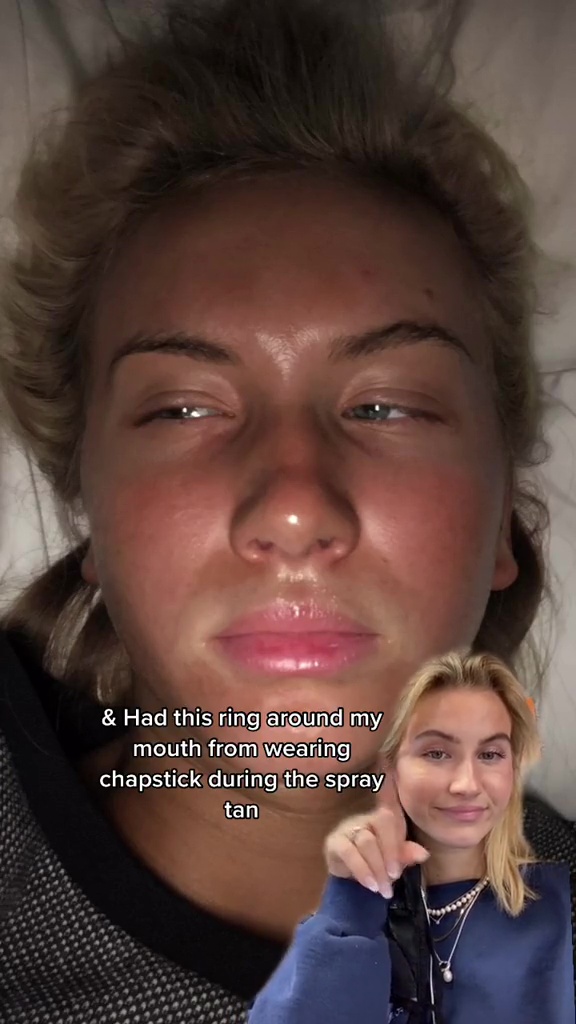 Over 122k people have liked her video, but it seemed to leave fellow tan lovers divided with hundreds commenting on her post.

"U LET A WOMAN W A TARP IN HER GARAGE SPRAY TAN U," quizzed one baffled person.

Another questioned: "When you saw it was a tarp in a garage why did you stay?"

"That's why you shouldn't get a spray tan," a third commented, while one more seemed speechless as they added: "OH MY GOD."

Others were all for the long-lasting tan, if a little orange, as one person joked: "Christ I wish my tan would last two weeks."

"A spray tan that lasts 2 weeks? I'm in," agreed another, while one person teased: "2 weeks… damn I need the address."

For more fake tan fails, check out this woman who piled on layers of St Moritz dark when she cried off the first lot and instantly regretted it.

Plus, this fake tan fan revealed a quick hack using lemon juice that will easily fix any tanning blunder.

And we previously shared these hilarious examples of when applying fake tan has gone horribly wrong.