PICTURE TIME: Photo call season kicked into full swing in Paris this week, as signalled by the steady stream of black town cars that descended on the Rodin Museum for the Dior haute couture show. “I think it’s the first time I’ve been photographed in two years,” said Jessica Chastain.

“It’s been a very long time that we’ve been separated from each other, so to be together again is very emotional,” she said. The actress is heading to the Cannes Film Festival, where she will present the Trophée Chopard for the 20th anniversary of the award.

She has a few film projects slated for release in the coming months: “Scenes From a Marriage,” a modern rendition of the Ingmar Bergman TV miniseries, with Oscar Isaac; “The Eyes of Tammy Faye” in September, and “355,” with Penélope Cruz, Lupita Nyong’o, Diane Kruger and Fan Bingbing.

“In my work, I like to create a feeling of tension between the size of the work and the wealth of detail. I like to work on monumental things with a degree of precision that is close almost to miniature,” she said. “Embroidery gives you the same sense of loss of scale, so it works incredibly well.”

She noted that textiles have gone in and out of favor in the contemporary art world. “At some point, these lesser-known art forms are rediscovered. Right now, there’s a surge of interest in this type of art and craft, because it is art in its own right, and also because there is greater interest in the output of women artists,” she noted.

Chastain recalled learning how to stitch embroidery for her role in “The Heiress” on Broadway, as well as in the film “Coriolanus.”

“I’m not good at it at all, and so maybe that gives me a bigger appreciation for couture because I know what each stitch can do, and so if you’re not really an expert at your craft, it can be a disaster,” she said.

Giovanna Battaglia Engelbert had a bit of experience in the craft. “When I was a teenager, instead of going clubbing, I used to do embroidery at home. Nobody believes me — it’s true,” she laughed. 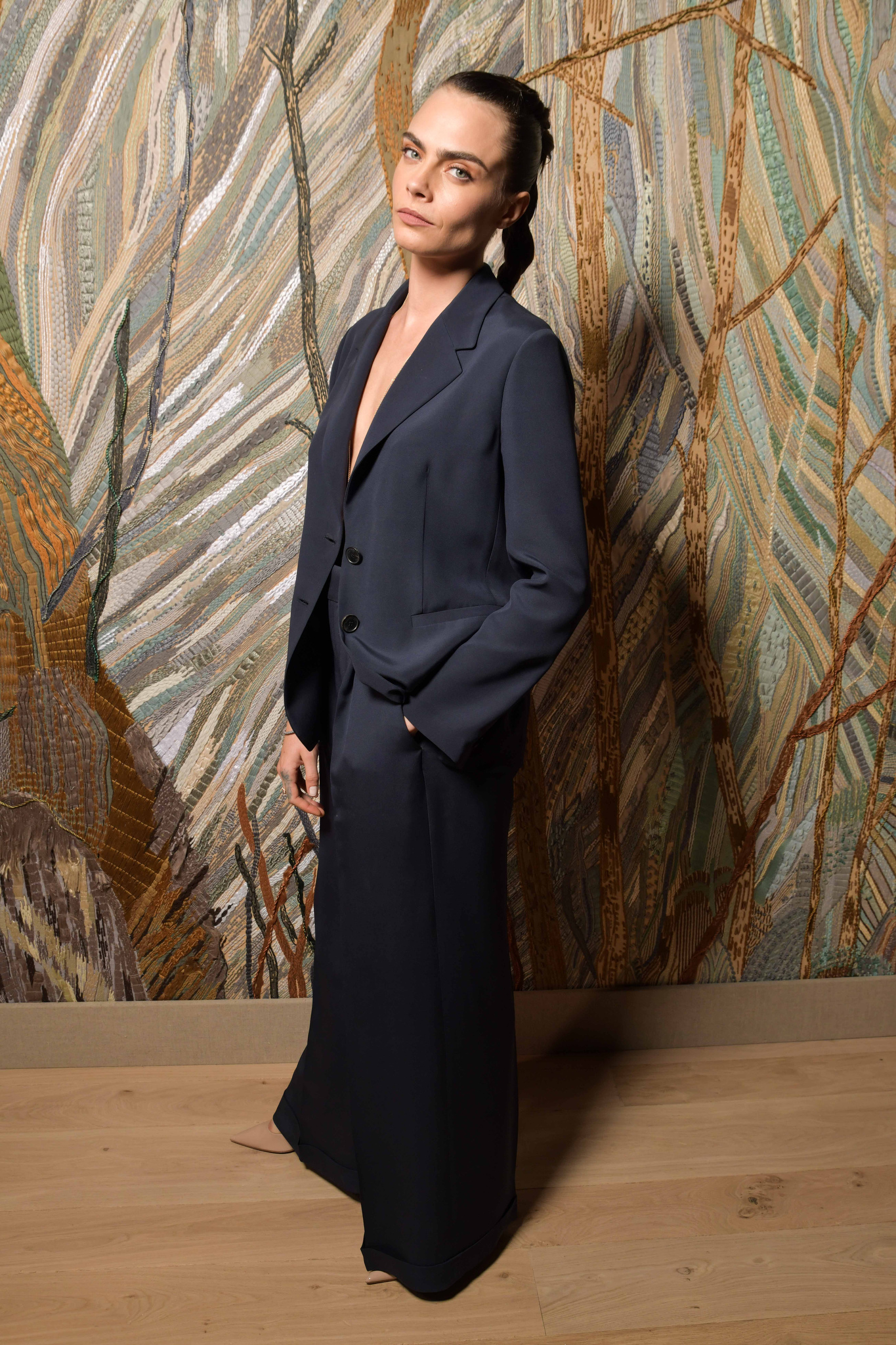 It was singer Ioanna Gika’s first trip since the outset of the pandemic, and the visit to Paris was “the cherry on top,” following her performance at the Dior cruise show in Greece.

“To go from quite a dormant year straight to an Oympic stadium was one way to do it,” she laughed. “I love this museum, especially The Gates of Hell — it’s such a beautiful setting,” she enthused.