PARIS — LVMH Moët Hennessy Louis Vuitton has deepened its commitment to craftsmanship, with executives from 40 brands joining chairman and chief executive officer Bernard Arnault for a ceremony to sign a new charter pledging to preserve and recognize specialized skills in the luxury field.

The 10-point document lays out measures to ensure the protection and growth of the group’s so-called Métiers d’Excellence, with an emphasis on passing on know-how from one generation to the next. It also pledges to push for diversity, and support solidarity initiatives through partnerships with nonprofits, institutions and schools.

To mark the signing of the Worldwide Engagements for Métiers d’Excellence, or “WE for ME,” manifesto at the Louis Vuitton Foundation in June, LVMH staged photo shoots in several locations that paired brand CEOs with members of their teams, known as virtuosos, to shine a light on their talents.

It plans to honor its skilled workforce with celebrations in Paris on Oct. 19 and Florence on Nov. 8.

It’s part of ongoing efforts by the world’s biggest luxury group to promote these jobs among the public to ensure that they are preserved. Founded in 2014, LVMH’s Institut des Métiers d’Excellence has trained around 1,000 people in France, Switzerland, Italy, Spain and Japan.

‘Sex and the City’ Reboot Fashion Moments: See the Photos 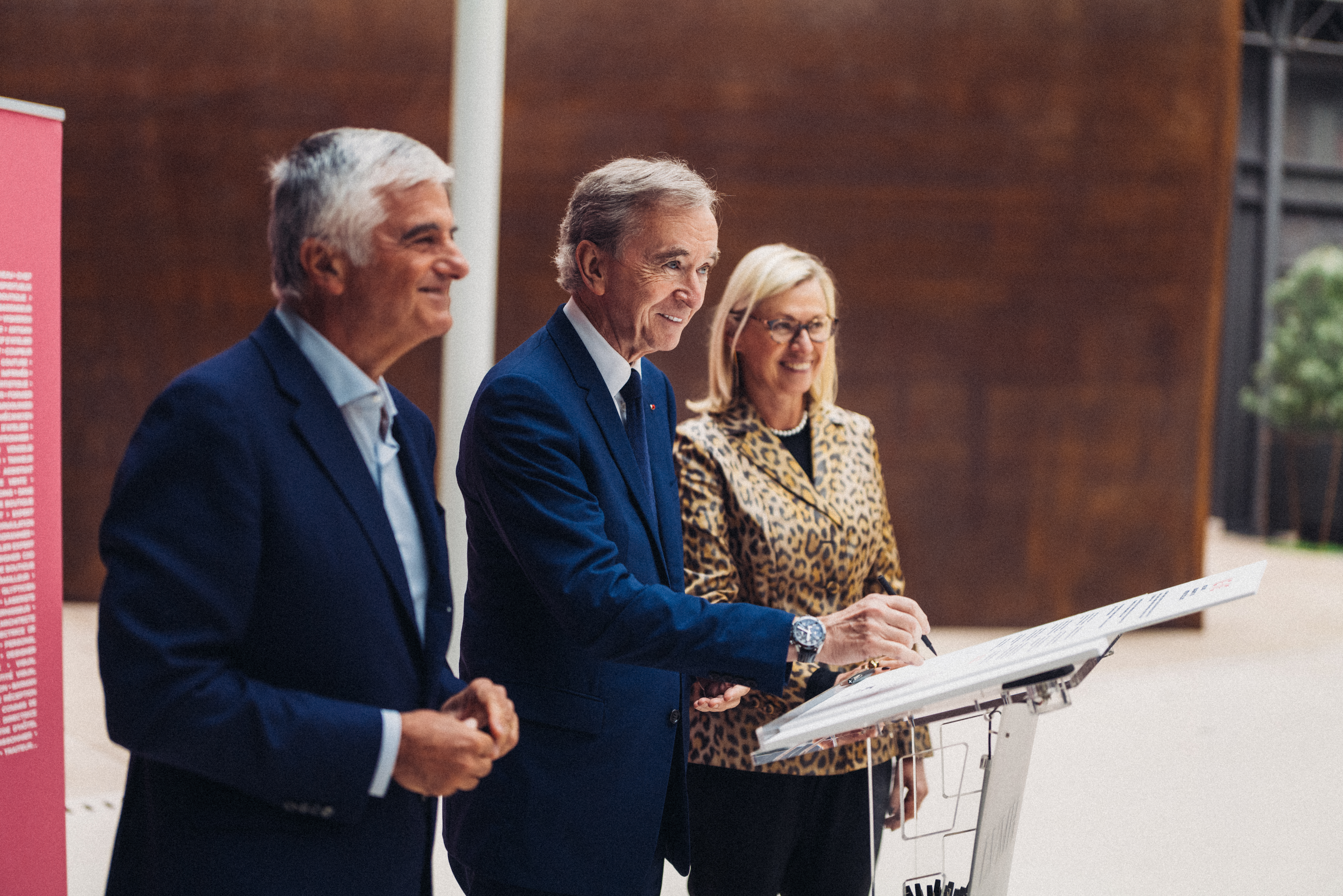 “The luxury industry could not continue to thrive without savoir-faire rooted in excellence,” Arnault said in a statement.

Chantal Gaemperle, executive vice president, human resources and synergies, added: “LVMH counts over 200 Métiers d’Excellence around the world represented by a community of people with a passion and commitment to passing them on to new generations. We have a responsibility to support them and help develop this community.”

Among the initiatives planned in the coming months is an acceleration of the “Excellent!” program in France and elsewhere to change the way these jobs are perceived by young people and inspire vocations. LVMH will also launch a new program to develop the competencies of its employees and accelerate innovation.

In parallel, Antoine Arnault, head of communication and image of LVMH, launched the Journées Particulières open-doors event in 2011 to give members of the public a glimpse behind the scenes and stimulate interest in craftsmanship. The last edition, held in 2018, drew a record 180,000 visitors.

Luxury Brands are Leaning Into Heritage to Engage Consumers