At an event at the Sydney Opera House on Tuesday morning Sydney time, IMG unveiled its near complete schedule for what will be the event’s delayed 25th anniversary showcase at Sydney’s Carriageworks venue from May 31 to June 4. The 2020 iteration was canceled due to COVID-19. At least 36 live runway shows and five digital presentations showcasing more than 70 designers were confirmed at time of writing. Additional brands will take part in IMG’s on-site physical showroom facility, The Suites.

Dalah, a 2017 graduate of London’s Central Saint Martins, who already sells internationally and has been awarded an Afterpay scholarship and mentorship program, will open the show schedule on May 31, following a traditional Indigenous Welcome to Country.

The 2021 Oscars: See All the Red Carpet Fashion Looks 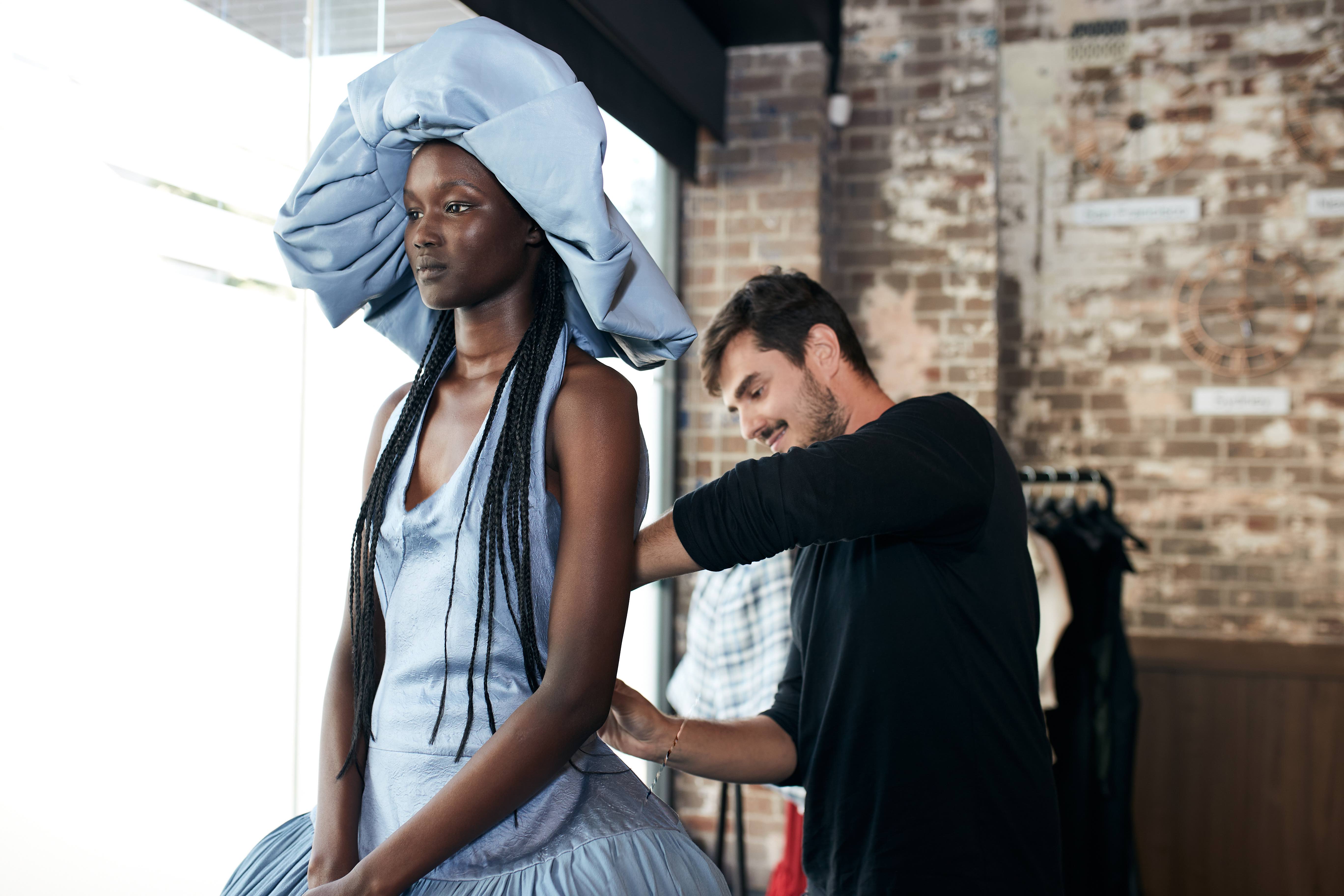 Newcomer Jordan Dalah, a graduate of London’s Central Saint Martins, will open the event’s show schedule on May 31.

The event’s digital program has been dramatically expanded for 2021.

Similar to what IMG unveiled last year with NYFW: The Shows, all on-site shows and the event’s talks program will be live streamed via IMG’s OTT platform Ausfw.com, which will offer 24-7 on-demand access to a library of fashion content. All off-site shows will appear on the platform within four hours.

In a first for IMG at any of its events, the company is partnering with an external virtual showroom specialist: Ordre.com, which was also founded by Australian Fashion Week founder Simon Lock.

Via an extension to its year-old AFC Virtual on Ordre program, which launched last May in collaboration with the Australian Fashion Council, to help designers sell their collections after AAFW’s resort 2021 showcase was canceled: Ordre is offering more than 20 AAFW designers their own virtual showrooms. IMG will promote the showrooms through the event’s website and social channels as well as its business-to-business database, in a bid to facilitate engagement with international buyers, none of whom can physically attend the event this year due to Australia’s borders still being closed.

Just as IMG waived participation costs for designers this year, Ordre is also underwriting all costs for AAFW designers showing on its platform. The AAFW showrooms will promote 10 key looks from each designer’s collection, shot with Ordre’s new Orb360º Video technology — an extension of the company’s original Orb360º Images tech.

Ordre will promote the AAFW virtual showrooms to its 3,000-strong global network of retail organizations — and notably, a core of 300 international retailers from 28 countries that Ordre has identified as having a particular interest in Australian fashion. They include Net-a-porter, Shinsegae International, Intermix, MyTheresa and Joyce Boutiques.

Over the past year, Ordre has been involved with London and Milan fashion weeks, however the AAFW tie-in will be the company’s most coordinated partnership with an event organizer to date according to Lock.

“The other major fashion weeks in London, Paris, Milan and New York have obviously done a lot to livestream the content they’ve done with designers, but they’ve had very little engagement to drive buyer traffic back to virtual showrooms. And I think that’s what marks this project out from the others, in that it’s integrated,” said Lock.

He added, “Fashion weeks are becoming more multifaceted than they once were and I think that’s extremely important and I’m really proud to see the way that Australian Fashion Week has morphed for its 25th edition.”