A 15-YEAR-OLD girl and her 33-year-old mum look so similar that people are mistaking them for twins.

Kennedy Rian, from Utah, did a TikTok video praising her age-defying mum Chelsie D'Amico, on her birthday last month. 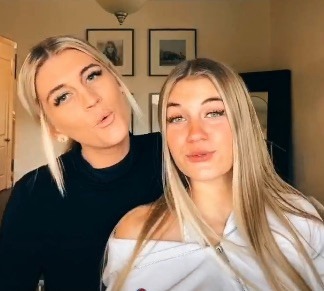 In the clip, the mum-and-daughter duo stood side-by-side, leaving many people baffled as to who was the parent.

Kennedy’s caption said: “Happy birthday mamma, love you”, and her video has been viewed over 5.6million times.

In the footage, Kennedy and Chelsie cover their faces with their hands, with text appearing sharing some of the nicest things people have said about her mum.

Comments include “U guys have to be sisters”, “You guys look like twins”, and “your mom is hot.” 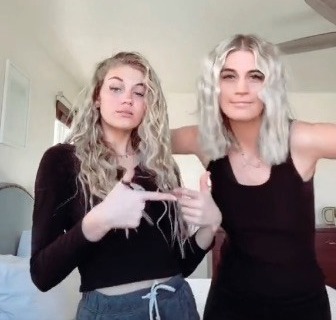 When they reveal their faces at the end of the TikTok video, it is hard to tell who is the mum and who is the teenage daughter.

Both women have blonde highlighted hair and nearly identical facial features – but some viewers said their outfits gave their ages away, with Chelsie in a more mature-looking black turtleneck, compared to Kennedy’s bead bracelets.

Over 3,200 people have commented saying the women could be the same age. 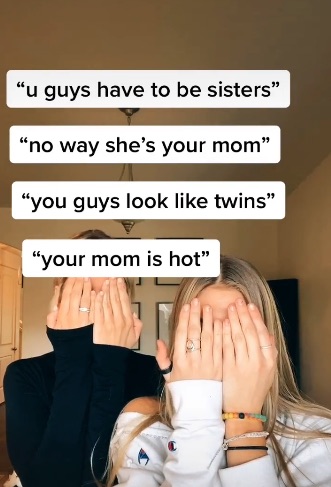 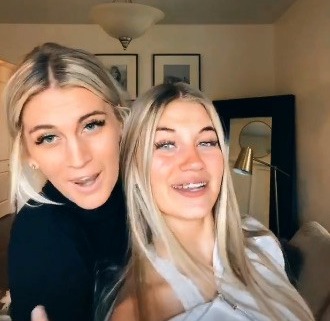 Another added: “Dang she looks like your older sister”, and one commented: “'How old is she? Like 20?”

Married mum-of-three Chelsie ended up replying in the comments confirming she is actually 33 and had Kennedy when she was 17.

She said: “She makes parenting a teenager a breeze.

“She can also unlock my phone with her face — which really is so weird because I don’t feel like we look THAT much alike.”

These mothers and daughters have been called twins despite their age gaps – but can you tell who is the oldest?

We shared how mum, 43, says she is constantly mistaken for her 19-year-old daughter’s SISTER thanks to her youthful looks.