As the host of Strictly Come Dancing, Tess Daly is no stranger to a bit of sparkle, but her beautiful engagement ring is more eye-catching than most. But what is it made of and what would it have cost?

Mirroring the famous Strictly glitterball, the super-size stone on 51-year-old Daly’s ring finger is big enough to catch the studio lights whenever she steps out on stage.

The presenter, who will have been married to husband Vernon Kay for 17 years in September, is often pictured on the red carpet in oversized earrings in either gold or silver. However, her shining engagement ring is far more extravagant.

The exquisite ring chosen by husband Vernon Kay, 45, looks like a hefty piece of jewellery too. 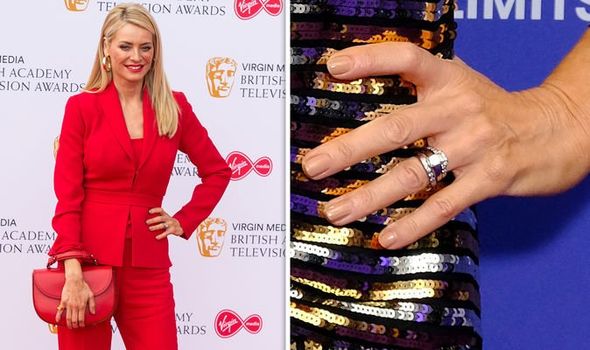 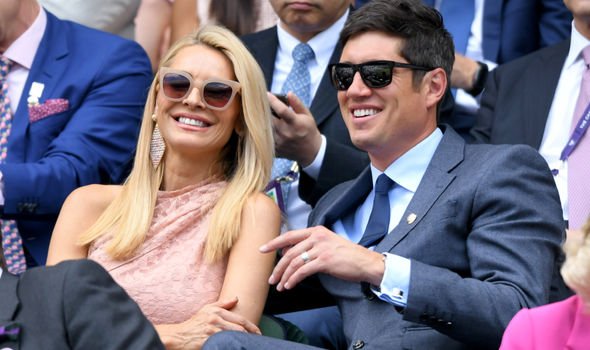 “It is believed to be between three and four carats, and of exceptional quality,” agrees Papas.

That’s almost three times the average engagement ring size, which falls between one to one-and-a-half carats.

What’s more, the rock is likely to have cost game show host Vernon a small fortune.

The cut of the ring is apparently ahead of its time according to research from jeweller 77 Diamonds, which revealed in 2017 that platinum rings in an emerald cut were the most popular from 2013 onwards, a full 10 years after the celebrity couple said their vows.

However, a second expert had a different view of the BBC star’s ring. Ilan Kaplan, CEO of iSparkle, a diamond house specialising in rare and coloured diamonds, said:

“The diamond on Tess Daly’s engagement ring is an emerald cut diamond of approximately 2 carats, with an approximate value of £30,000 to £35,000. It looks like it is a super white, top clarity diamond.”

The specialist added that the piece perfectly matched Tess and Vernon’s glamorous lifestyle. “The emerald cut is the most elegant of all diamond cuts. Emerald cut diamonds are faceted as a step cut around the edge of the diamond which creates a mirror effect with flashes of light and brilliance.” 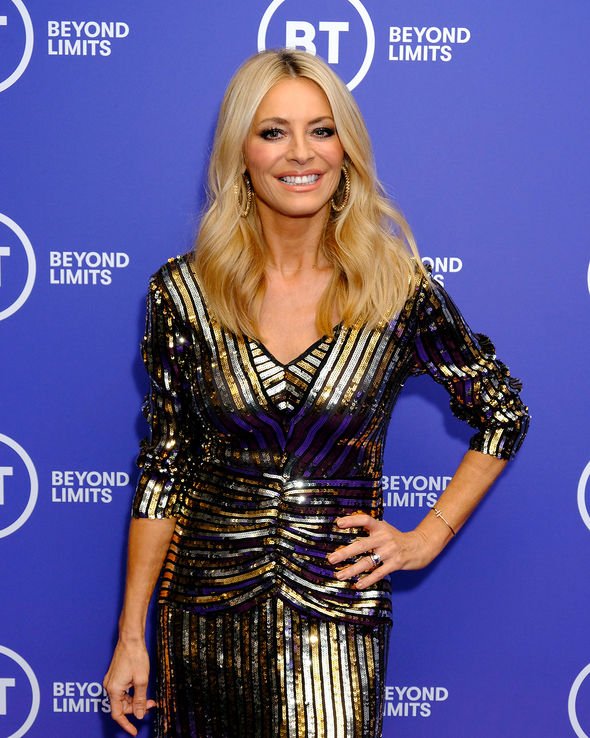 The pair celebrated their crystal wedding anniversary in 2018. It’s reported that model-turned-radio-DJ Vernon Kay followed tradition and got down on one knee to propose.

The former T4 presenter upped the romance by popping the question on Christmas Day in 2002.

An overjoyed Tess at the time said she was shocked and surprised but “truly over the moon. It’s the best Christmas present I’ve ever had.”

The couple had been dating since 2001 before they decided to tie the knot.

They were hitched within the year, too, getting married on 12 September 2003, at St Mary’s Catholic Church in Horwich, near Bolton. 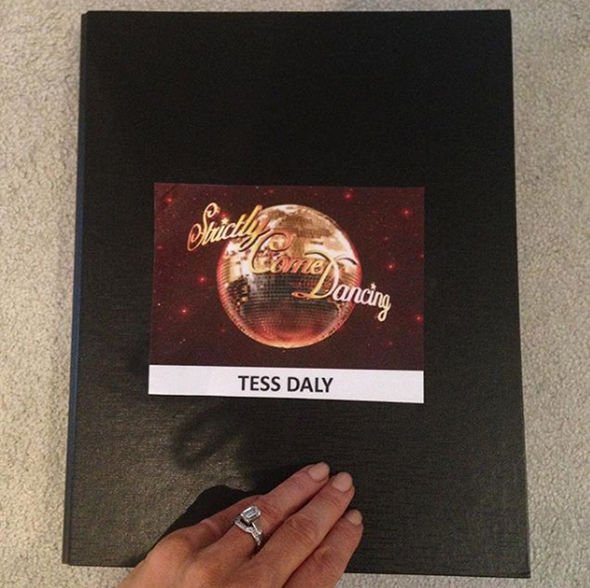 The down-to-earth couple even shunned glossy magazine deals for the big day, instead allowing the public and media to watch from outside, saying they wanted to share the happy occasion.

Model Tess wore an A-line wedding dress by Marina Ananou and Jimmy Choo shoes, with her trademark long blonde hair up and adorned with a sparkling tiara.

In true showbiz style Kay wore an equally dazzling white suit by Alexandre of Savile Row, together with a pink shirt.

The happy couple have two daughters together aged 16 and 11, and live in Buckinghamshire.