Hours after Aaron Carter broke up with Melanie Martin and accused her of speaking to his estranged family ‘behind my back,’ he was spotted pacing outside his home.

Aaron Carter was deep in conversation on Tuesday morning (Nov. 30). Hours earlier, Aaron, 33, went on a tweetstorm in which he announced that he and Melanie Martin – his fiancée and mother of his week-old son – had “decided to go our separate ways.” Aaron also accused his former love of “lying to me the whole time” by communicating with his twin sister, Angel Conrad (nCarter, and the rest of his estranged family. It’s unclear who Aaron was communicating while he paced around his driveway. In the photos taken of the “I Want Candy” singer, Aaron stood outside his home in a pair of white sweatpants (with the word “LOVE” written on one leg in pink) and a black sweater. Though Aaron remembered to put on his giant watch, he conducted this call without any shoes and walked around his driveway in his socks. 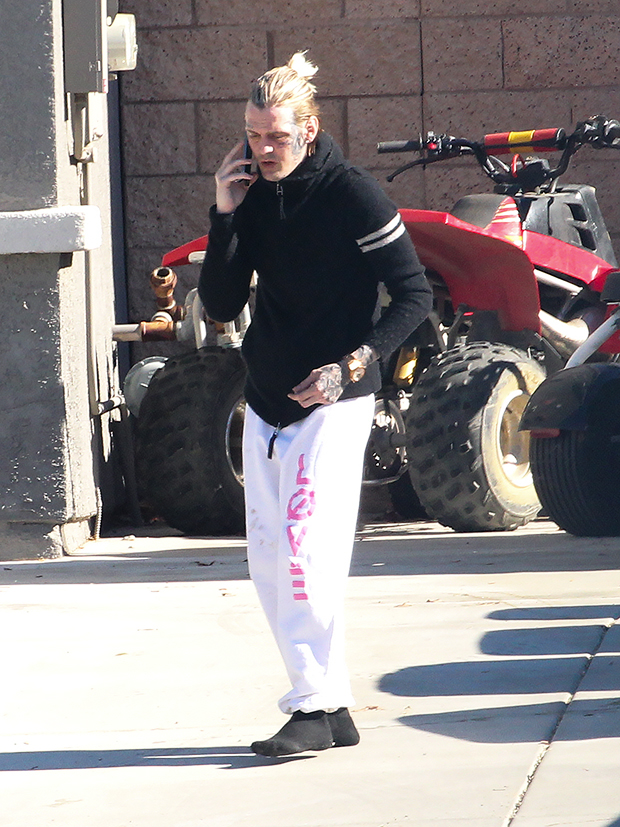 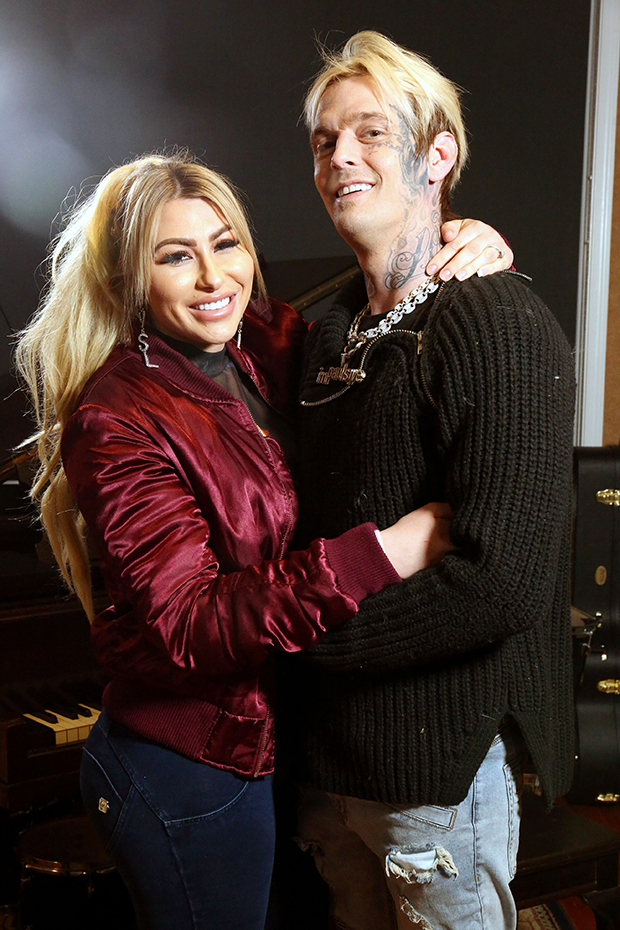 This new drama unfolded over the span of numerous tweets in the early hours of Tuesday morning. Along with the accusations of Mel communicating with Angel, Aaron referenced the 2019 drama between him, his brother Nick Carter, and Nick’s wife, Lauren Kitt. Aaron claimed it was “my twin sister who told my brother that my ex-girlfriend told her that I wanted to kill Lauren Kitt and their unborn child.” Nick tweeted in September 2019 that he and Angel “required to seek a restraining order” against Aaron “in light of [his] increasingly alarming behavior and recent confession that he harbors thoughts and intentions of killing my pregnant wife and unborn child.” Aaron denied those allegations.

Mel and Aaron’s latest breakup comes a week after they became parents for the first time. Mel gave birth to their son,  Prince Lyric Carter, on Nov. 22. Aaron revealed that Mel underwent an “emergency c-section after 13 hours of labor,” but both mother and son were in “great health.”