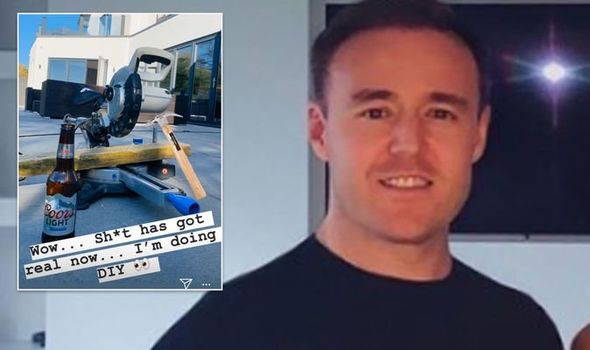 Coronation Street actor Alan Halsall, as well as his girlfriend Tisha Merry, have been documenting their homelife on social media of late.

In a bid to stay busy during lockdown, the 37-year-old soap star has been sharing picture updates on Instagram, while Tisha, 26, has been uploading video diaries to YouTube.

In the process, the couple, who recently celebrated their one-year anniversary, have given fans a glimpse inside their lavish home, while a post from Alan yesterday, revealed how he has resorted to an unlikely passtime to stay occupied.

Taking to his Instagram Stories last night, the ITV star gave his 188,000 followers an update on what he had been working on.

Alongside a picture showing a set of power tools on his patio, he wrote: “Wow…Sh*t has got real now…”

He appeared to be using a circular saw to chop lengths of wood.

The post seemed to imply the actor, who is best known for playing car mechanic Tyronne Dobbs in Corrie, does not regularly tackle these types of jobs around the house. 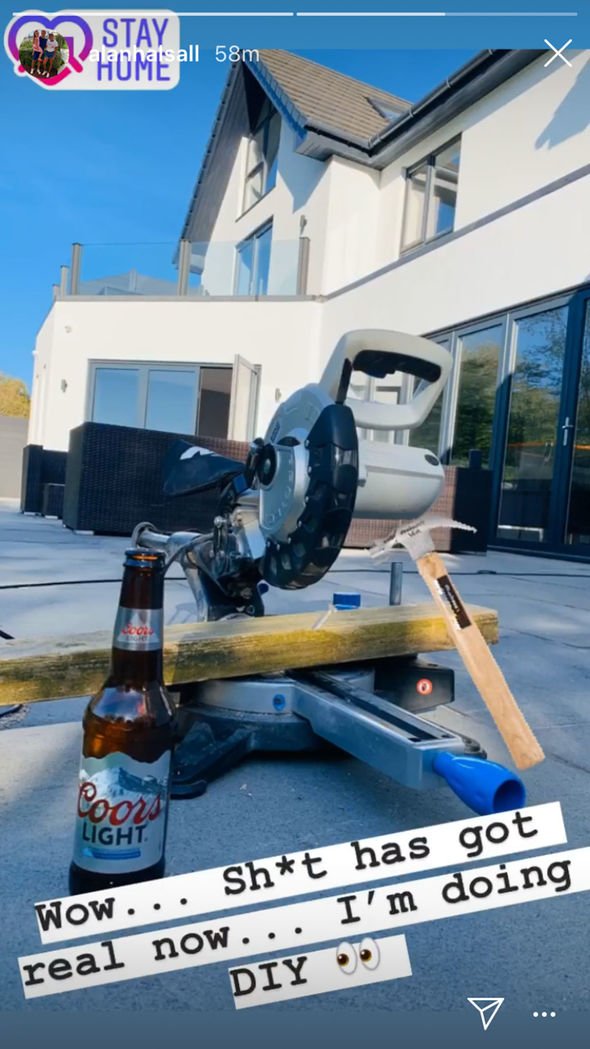 In a video titled Self Isolation Diaries uploaded to Tisha’s YouTube channel three weeks ago, the actress, who played Steph Britton in the ITV soap opera from 2013 to 2018, gave fans a look inside the couple’s stunning home for the first time.

As the TV star went about her daily activities, the camera followed her around the house during lockdown.

Viewers caught a glimpse of some of the rooms in the stunning property which is elegantly decorated with stylish furniture and neutral tones throughout.

At one point, the former soap star could be seen relaxing in the living room with a book and hanging out with her boyfriend in the kitchen.

Tisha also got to work cleaning out the family’s pet guinea pigs with little Sienna-Rae, who Alan shares with his ex wife Lucy-Jo Hudson. 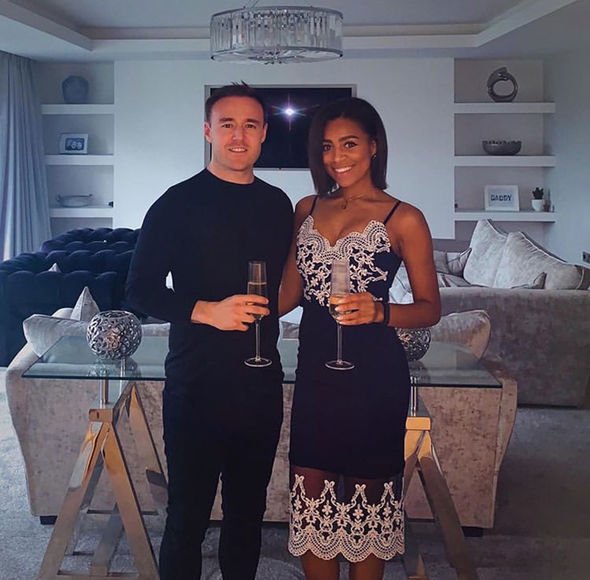 At the start of the month Alan and Tisha celebrated their first anniversary together.

The loved-up pair both posted sweet messages to each other to mark the special day.

The actor was previously married to former Coronation Street actress Lucy-Jo from 2009 to 2018.