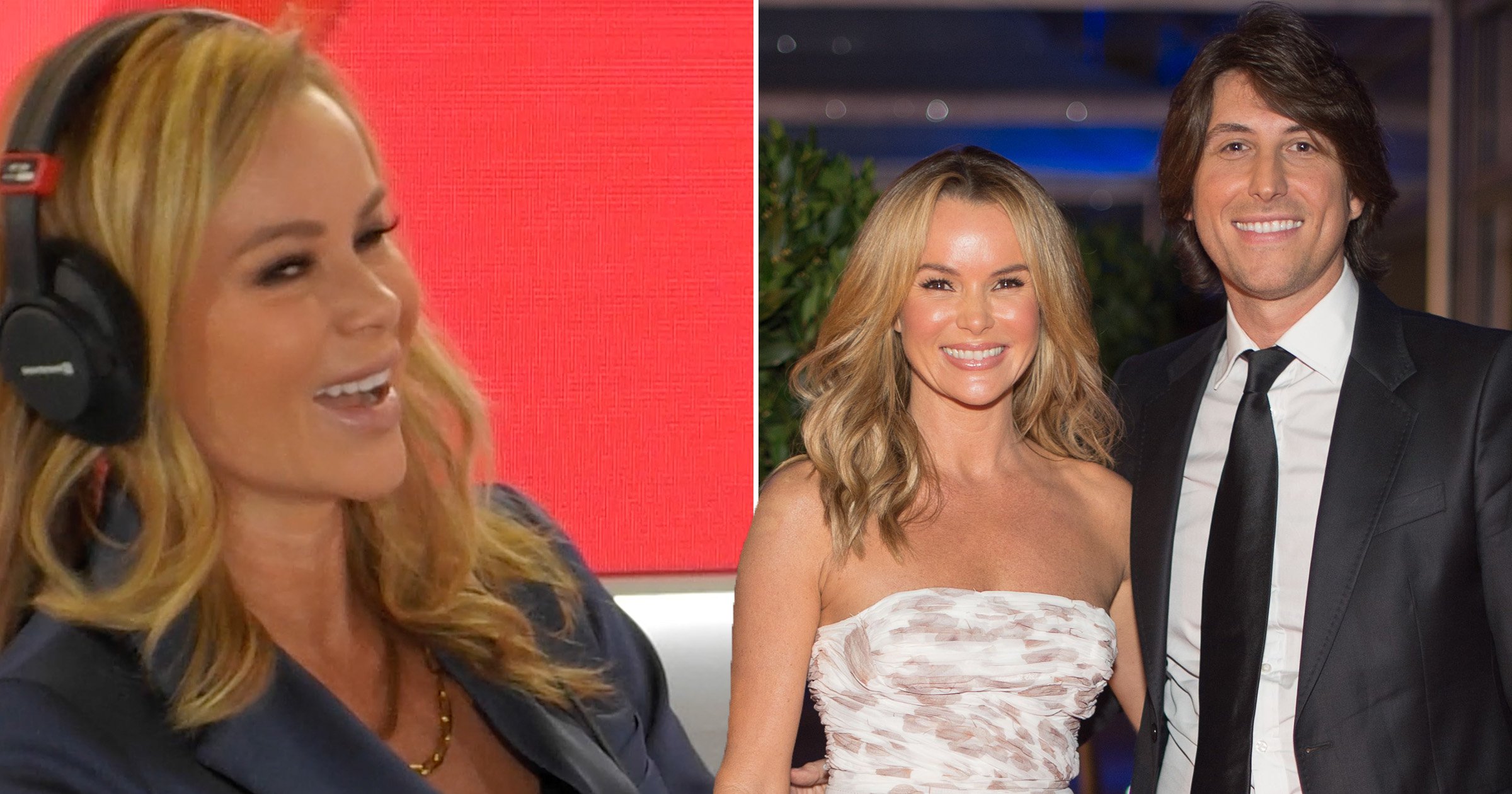 Amanda Holden has revealed that she likes to hide her shopping away from her husband, despite paying for it all with her own money anyway.

The presenter, 51, opened up about the habits she’s developed over her 14-year marriage to Chris Hughes, including secretly doing home improvements while he is away.

Amanda told Heart radio co-host Jason King: ‘I have to say JK, the sales are still on in town, and even though it’s kind of windy, there’s people not out, I took advantage of that yesterday.

JK asked her: ‘What do you mean accidentally?’, to which Amanda joked: ‘Well the wind sort of blew me in…’

She continued: ‘The wind blew me in, there were still these massive red signs saying “Sale, sale, sale” so I went everywhere and I bought a few bits and bobs, which I don’t need, but I find myself doing this thing all the time, even years later when I’ve got my…

‘I literally bought a load of stuff I don’t need, got in, could see my husband’s car was still in and was like “What’s he still doing here, he should be at the office?”, and then I could hear him on a Zoom call, he was speaking to someone important and I snuck up the stairs and I hid all my bags in the back of the wardrobe!’

Amanda admitted: ‘I don’t know why I do it! It’s my credit card, it’s my money! But I think it’s part of the thrill of the shop. It’s like trying to hide it away from him.’

Revealing that that wasn’t the only thing she hides from Chris, Amanda confessed: ‘I’ve done millions of things!

‘I’ve redecorated the house when Chris went on business trips – I ripped out a bathroom, I’ve put new tiles on the wall, because he says no to everything, because he doesn’t want the aggro of it.

‘And then he comes home and he’ll go: “I have to say Mandy, you’ve done a great job it looks great.”’

Amanda and Chris have been married since 2008 and share daughters Lexi, 16, and Hollie, ten, all of whom make regular appearances on Amanda’s social media accounts.