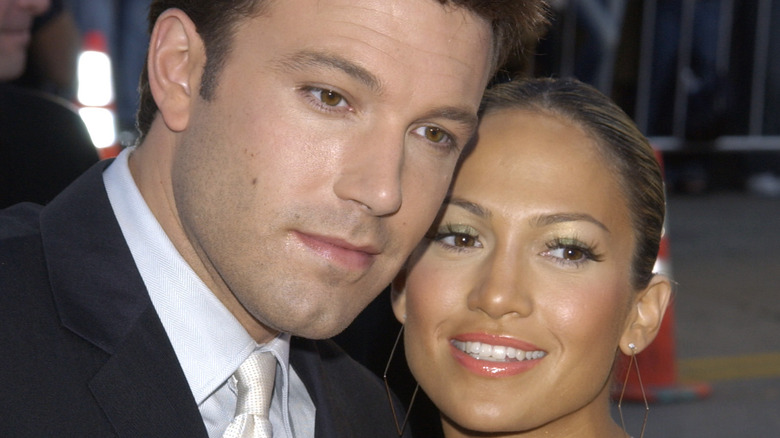 Jennifer Lopez and Ben Affleck continue to excite fans with their rekindled romance. The couple, who are affectionately known as “Bennifer,” has been setting the internet on fire for weeks ever since it was revealed that they were spending time together again. As many fans may remember, Lopez and Affleck first got together back in 2002 when they met on the set of their failed film “Gigli” (via Us Weekly). The pair hit it off and were engaged the following year. However, they shocked the world when they postponed their wedding, citing “excessive media attention” as the reason for pulling the plug on their ceremony. Sadly, just a few months later the couple announced their split.

However, the duo appear to be giving their romance a second chance. In April, just days after Lopez announced her break up from fiancé Alex Rodriguez, Affleck was spotted heading to the “Hustlers” star’s home. Sources told Page Six at the time that Lopez’s security would pick Affleck up and bring him to her home in hopes of keeping the meetings under wraps. However, just a week after the paparazzi spotted the “Batman” star at the home of his former fiancé, the two were photographed vacationing together in Montana. “[Jennifer] spent several days with Ben out of town. They have a strong connection. It’s all been quick and intense, but Jennifer is happy,” a source told People of the couple’s trip. Things are reportedly going so well for the duo that they’ve even started planning for the future.

Ben and Jen are getting serious 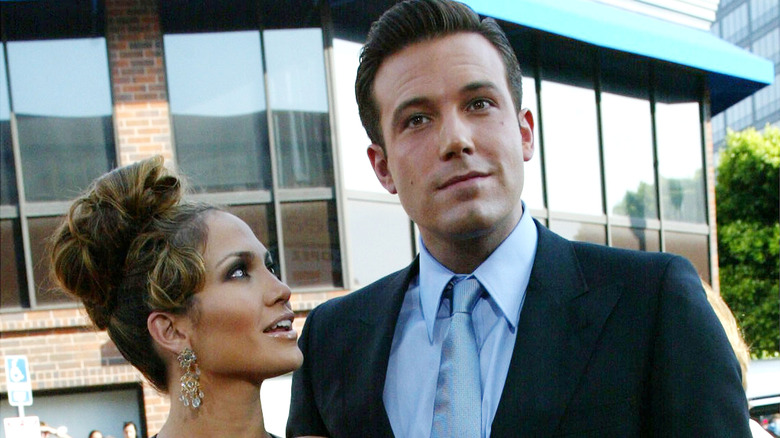 Jennifer Lopez and Ben Affleck are not trying to hide their rekindled relationship. The pair have been photographed in public together multiple times since news of their reunion began to circulate. Most recently, Bennifer was seen having dinner together at the Pendry Hotel in West Hollywood, and sources tell E! News that they looked very much like a couple. “Ben had his arm around Jennifer at dinner and they weren’t shy about being affectionate. He looked great and seemed very happy. She also looked happy and kept leaning into him,” an eyewitness stated, adding that the pair “looked very comfortable and relaxed together.” The witness also revealed that Lopez and Affleck weren’t alone, as they were joined by a group of the “I’m Real” singer’s pals. “He mixed in well with her friends and seemed very comfortable talking to them and making conversation. They all had a lot of laughs and a great time,” the informant dished.

Meanwhile, things appear to be moving quickly for Lopez and Affleck, as insiders tell People that the couple has started having conversations about their future. “They will continue to travel back and forth between Los Angeles and Miami. They are very happy together [and are] slowly starting to talk about the future,” one source stated. “This is not a casual relationship. They are taking it seriously and want it to be long-lasting,” the source added. Although the couple isn’t hiding their romance, they’ve yet to publicly comment on their relationship.