Prince Harry and the rest of the royal family might be going through a tough time in light of Prince Philip’s passing and upcoming funeral at the end of the week, but there has been one silver lining to Harry’s recent return to England—he reunited with his favorite cousin, Princess Eugenie, and has been introduced to her son August Philip Brooksbank for the very first time, according to Us Weekly.

At the moment, Harry is staying at the Frogmore Cottage—aka the place where he and Meghan Markle used to live while they were senior working royals—which he and Meghan are currently lending to Princess Eugenie and her husband Jack Brooksbank since they gave up their duties and moved to Montecito. As a result, Harry has met baby August, which must provide him with some comfort in this difficult time considering how close he and Eugenie are. 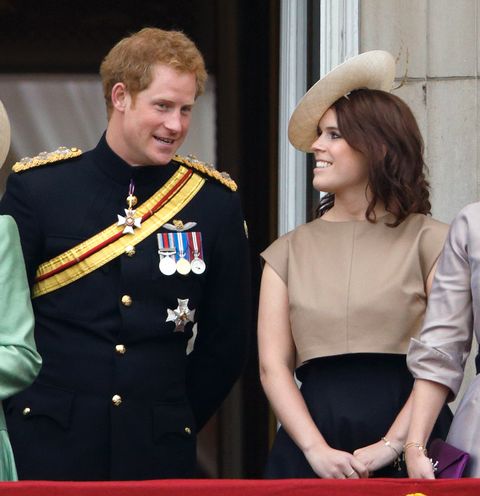 “Out of all the Queen’s grand-children, Harry and Eugenie have one of the most natural connections,” Omid Scobie and Carolyn Durand explained in their bombshell book, Finding Freedom. “Like Harry, Eugenie is loyal, honest and great fun. The two had many nights out together in London.”

Meghan is also pretty close with Eugenie, FYI—back in February, a separate Us Weekly source reported that Meghan and Eugenie have “stayed friends and remain friends” since she and Harry moved to California last year. “They are sort of an unlikely pair, but remain in contact,” the insider said, adding they “they bond over their pregnancies” while they were both still expecting.

Fingers crossed that Harry and Eugenie are able to deepen their bond during this difficult time. ❤️