Not so fast! Peter Weber fired back after his ex Madison Prewett shared her side of their love story on Tuesday, April 21, following their split last month and claimed that he texted her days before he was spotted with Kelley Flanagan.

“You’d think you’d have a little more respect for this situation given we both know there’s more to the story…” Weber, 28, commented on a Bachelor Nation Instagram fan page post about Prewett’s new “Off the Vine” podcast interview with Kaitlyn Bristowe.

Prewett, 24, sent herself home ahead of The Bachelor season 24 finale in March, but after Weber proposed to Hannah Ann Sluss and then broke off the engagement, the two briefly reunited. They ultimately went their separate ways two days after the finale aired on March 10. 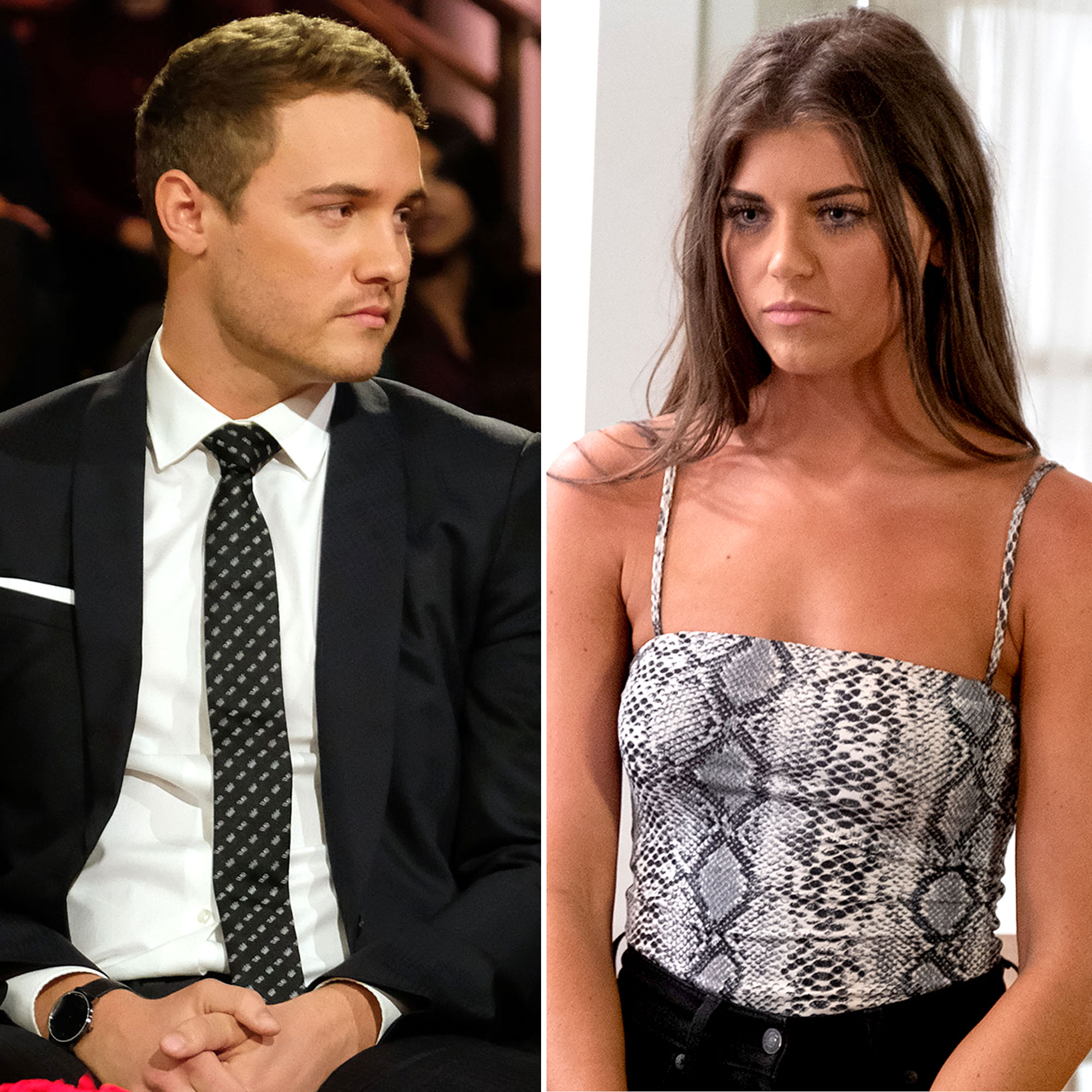 The pilot’s comments came hours after the former college athlete did her first post-show interview with former Bachelorette Bristowe. During their chat, Prewett claimed that she was still in contact with Weber days before he was spotted with fellow Bachelor contestant Flanagan in Chicago last month. (Flanagan and Weber have subsequently been quarantining together in her apartment amid the coronavirus pandemic.)

“He was, like, calling me and texting me being like, ‘I miss you, let’s get back together,’” Prewett alleged on Tuesday. “He had texted me two days before [he was with Kelley].”

The Auburn alum added: “You were telling me how much you loved me and wanted to get back together and now you’re with the one person that was my best friend. It just feels a little hurtful.”

This isn’t the first time Prewett has shaded her ex. On Monday, April 20, she posted a TikTok video with her Bachelor friends Kelsey Weier, Kiarra Norman, Tammy Ly, Deandra Kanu and Mykenna Dorn, which prompted one fan to ask, “where’s Kelley.” Prewett replied, “With our ex lol,” which made some fans think she was being shady. On Tuesday, the former reality star clarified that it was “just a joke” and that she has “all the love for them both.”

The California resident has been staying with the lawyer, 28, in Chicago for weeks. Despite rumors that the two are dating, Weber revealed that they aren’t an item … yet.

“Are we dating? No. Do I love spending time with her? Absolutely,” the TV personality told Nick Viall on April 7. “Could I see that in the future? Yeah, of course. I’d be extremely lucky and very happy if that happened.”

The duo has also been staying with Bachelorette alum Dustin Kendrick, who told Us Weekly exclusively that the pair’s “chemistry is disgustingly cute.”

“Hopefully after this all blows over, they are able to find that solid connection between the two of then,” Kendrick told Us on April 6.