More royal well-wishes are in order for Duchess Meghan for her 40th birthday—this time, from Queen Bey herself.

Yesterday, Beyoncé took to her website to share a sweet tribute to the Duchess of Sussex for the occasion. “Happy Birthday Meghan Markle,” her message read across the screen, alongside a childhood photo of the duchess wearing a blue puff-sleeved, button-up dress and pink headband with a flower. Meghan’s birthday coincides with that of former president Barack Obama and actor Michael Ealy, who were additionally commemorated on the website. 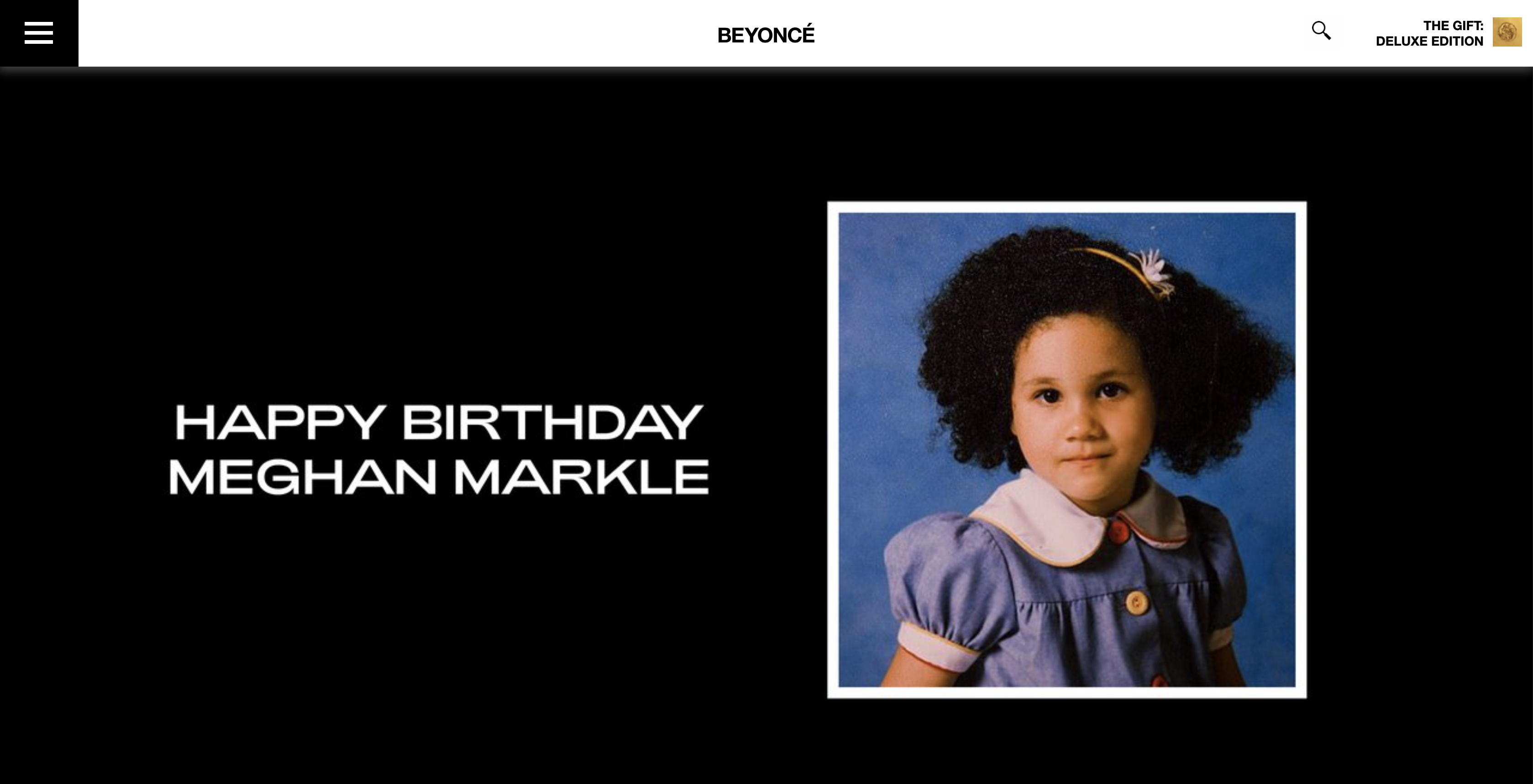 Beyoncé has previously expressed her open admiration for the duchess, most notably at the 2019 Brit Awards, during which she gave a quiet nod to the duchess in her remote acceptance speech after winning Best International Group alongside Jay-Z. Taking advantage of the platform, Beyoncé used the opportunity to showcase her public support for the duchess—and throw a healthy dose of shade toward the notorious British tabloids—with a portrait of Meghan that hung regally in the background while the singer shared her remarks.

She later posted a photo of her posing in front of the same Meghan portrait with Jay-Z on Instagram. “Thank you to the Brits for the award for Best International Group. I won this award back in 2002 with my besties, Kelly and Michelle. How lucky am I to have been in a group with my other best friend, the GOAT Hova,” the singer wrote. “🙌🏾 In honor of Black History Month, we bow down to one of our Melanated Monas. Congrats on your pregnancy! We wish you so much joy.”

Beyoncé and Meghan first met in person at the London premiere of The Lion King in July 2019. According to People sources, the two appeared to share a “familiarity” with one another, so much so that it was shocking to observers that the two had only then just met. Throughout their meeting, the singer was also reportedly seen mouthing to the duchess, “My princess.”