Cardi B has stunned in a dramatic red gown at the opening of the Thierry Mugler: Couturissime exhibition during Paris Fashion Week.

Cardi B has returned to the spotlight just a few weeks after she gave birth to her baby boy — and she totally stole the spotlight. The “WAP” rapper, 28, turned heads when she attended the “Thierry Mugler: Couturissime” exhibition at the Musée des Arts Décoratifs on September 28. At the event, which was part of Paris Fashion Week, Cardi stunned in a show-stopping red Mugler gown covered in sequins. It also featured a corset-style bustier covered in crystals and an extravagant cape flanked by red feathers, which formed a head-dress. Cardi documented the look on her Instagram and captioned, “MUGLER MAMI.” 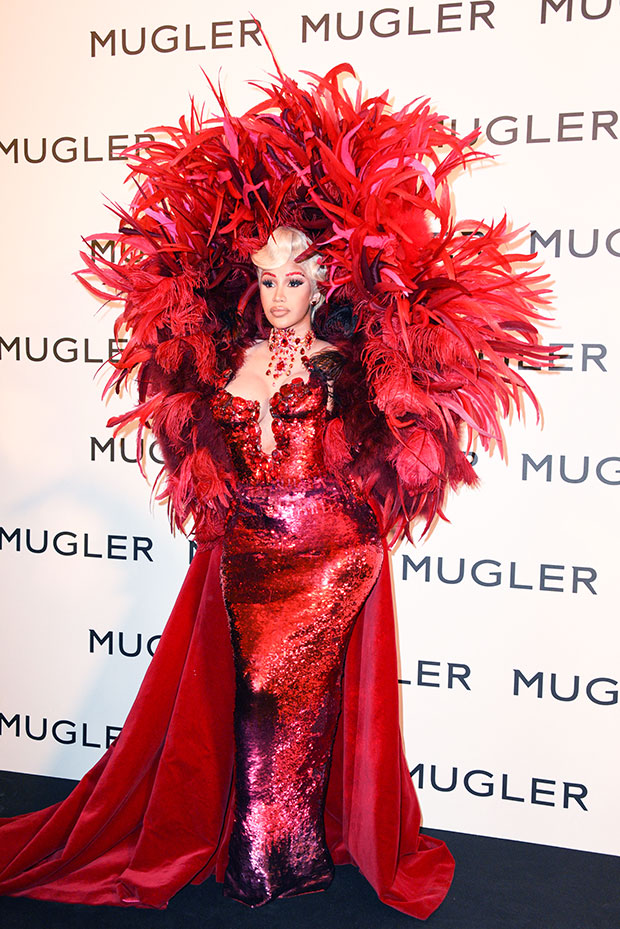 The hitmaker even painted her eyebrows a coordinating glittery shade, and playfully poked out her tongue while posing for the cameras. Fans were quick to notice she was serving some serious Marilyn Monroe vibes with a new, vivacious blonde ‘do.  Earlier in the week, the Grammy winner was also seen living her best couture life in a curve-hugging black dress which featured a see-through floor-length skirt. Cardi is certainly a couture queen! 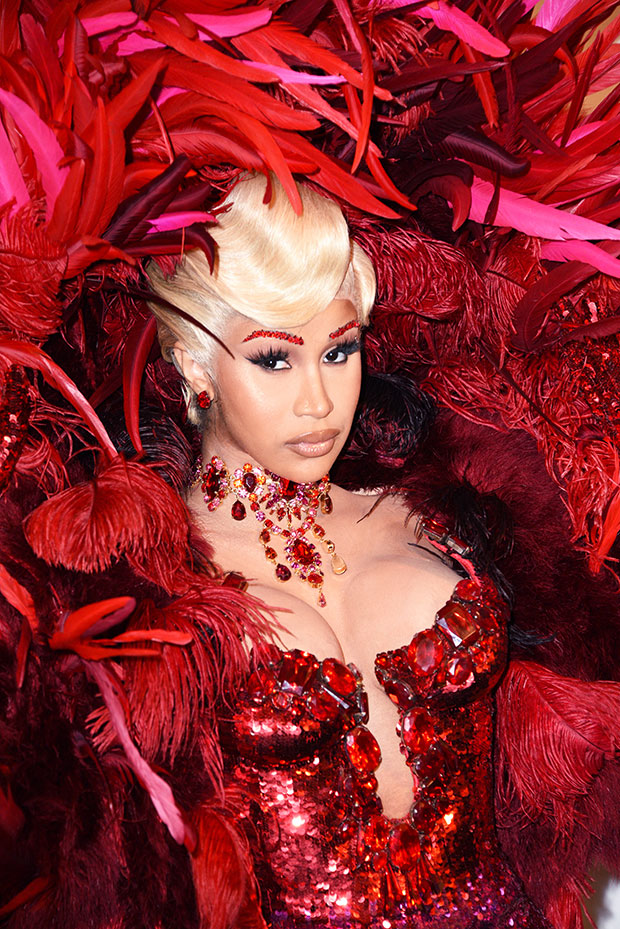 Of course, Paris Fashion Week came just four weeks after she gave birth to her second child on September 4. Cardi and husband Offset, whom she wed in 2017, welcomed a boy, giving eldest daughter Kulture, 3, a baby brother. The rapper shared the happy news on Instagram alongside a snapshot of her in the hospital with her husband and baby.

“We are so overjoyed to finally meet our son,” the couple said in an email statement to HollywoodLife at the time. “He is already loved so much by family and friends and we can’t wait to introduce him to his other siblings.” (Along with Kulture, Offset shares children Kalea, 6, Kody, 6, and Jordan, 11, with his ex’s.)

While on the Ellen DeGeneres Show in June, he revealed what a great stepparent the “Bodak Yellow” rapper is to his children. “My other kids who ain’t hers, [she] gives them love the same way, he said. “It’s a beautiful thing.”