Carol Vorderman told fans she had the “toppest day” yesterday. The television presenter, who turned 60 in December, marked the occasion by cooking up a bowl of Moules Mariniere for dinner.

Carol snapped a selfie as she proudly showed off her home-cooked seafood dish.

She later shared the photo online, in view of her 459,200 followers.

“Had the toppest day…..hell but it’s good to see everyone out and about and to HEAR PEOPLE CHATTERING.

“Been cooking Moules Mariniere tonight…..oooofffff,” she wrote on Twitter, followed by the thumbs up emoji. 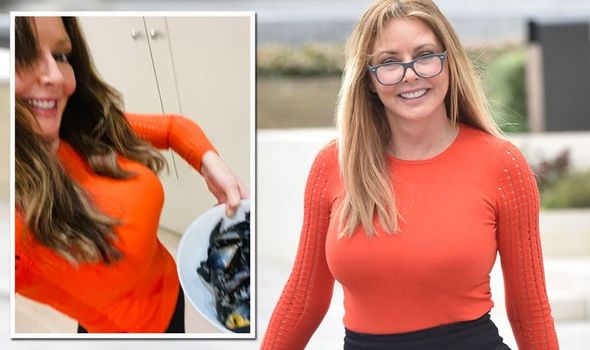 Many took to the comments section to share their thoughts, with many cheekily admitting that they were not looking at the food.

Instead, fans were admiring the former Countdown star’s figure.

Carol could be seen in an eye-catching tight orange top which showcased her curves.

She teamed her long-sleeved top with a pair of black figure-hugging trousers. 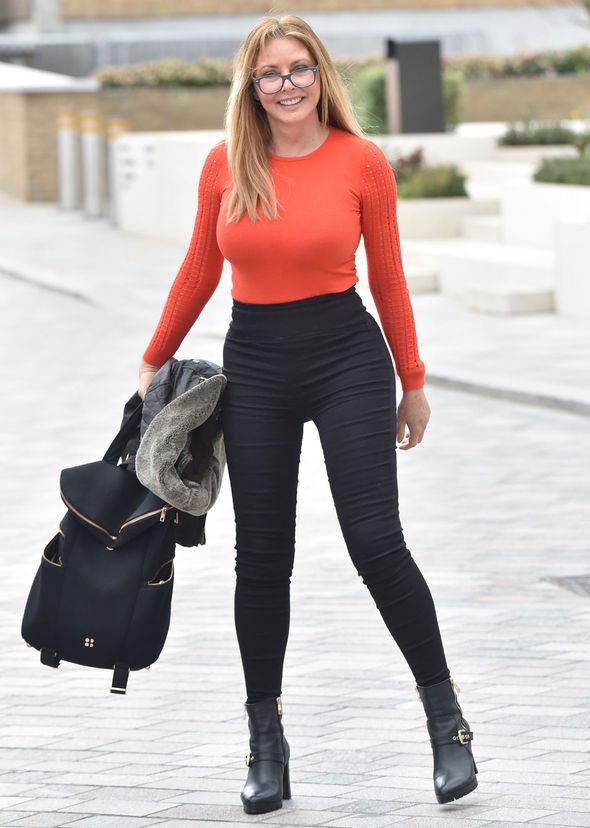 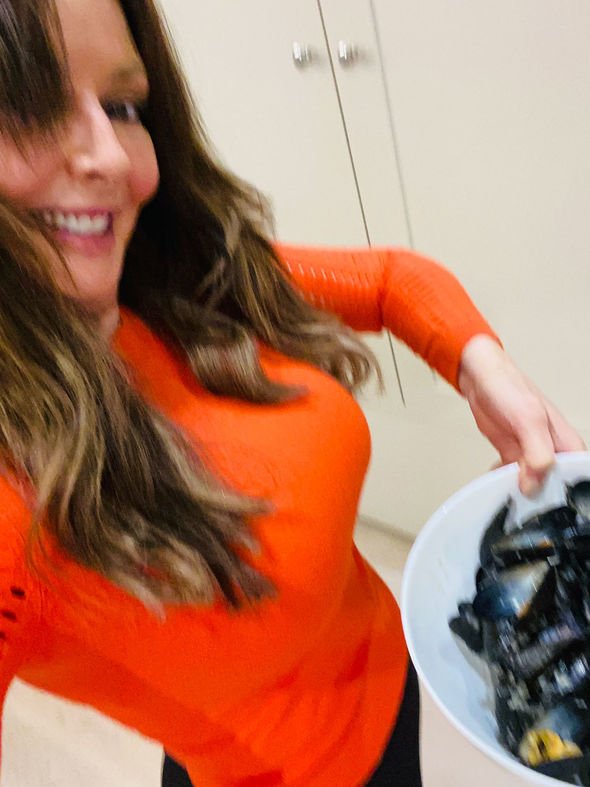 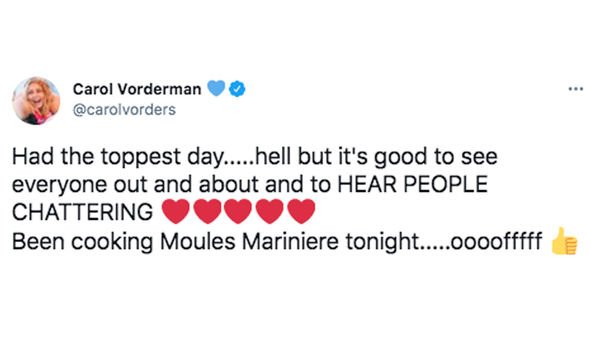 The presenter’s slim waist was clearly visible as she struck a pose for the social media snap.

“Can’t beat a big bowl of moules!,” another follower added.

“Sorry that’s not what I’m looking at,” a third person chimed in.

“1 in 10 people will admire the muscles,” a fourth said, sharing a similar thought.

Another social media user admitted: “For a moment I thought you said had the topless day! Got a bit hot under the collar for a moment there!”(sic)

Others showered her in compliments, with one gushing: “Carol you are so sexy”.

Over on Instagram, Carol showed fans how to make the dish.

She shared a step by step guide on her story, in view of her 87,900 followers.

“And there they are… they look lovely…” she said as she showcased the finished mussels.

However, the mum-of-two did admit that her butternut squash chips had been a failure.

She said they were “revolting,” as she spun the camera around to show the burnt offering.