Charlize Theron was a gorgeous sight to see in a stylish outfit as she and her Charlize Theron Africa Outreach p Project hosted a star-studded screening of ‘F9’ in Los Angeles.

Charlize Theron, 45, turned heads on June 26 when she showed up to a screening of F9 looking incredible. The actress hosted the special event along with her Charlize Theron Africa Outreach Project at the Universal Studios backlot in Los Angeles, CA, and wore a white collared top and black mini skirt. She paired the epic outfit with pointy black ankle boots and held a black clutch purse while posing for photos on the carpet of the screening. 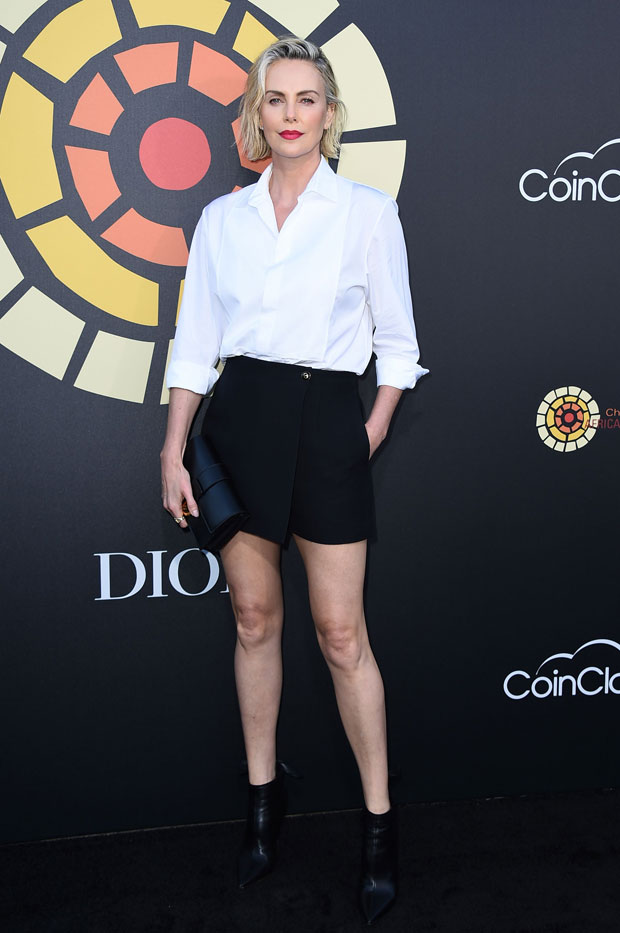 The blonde beauty also had her chin-length locks down and parted to the side during the fun outing, and rocked a classic makeup look that included bright red lipstick. Although a lot of eyes were on her, other mega stars who attended the screening also got attention. Jordana Brewster and Vin Diesel, who co-star with Charlize in F9, were spotted smiling for photographs as well as a plethora of other celebs. 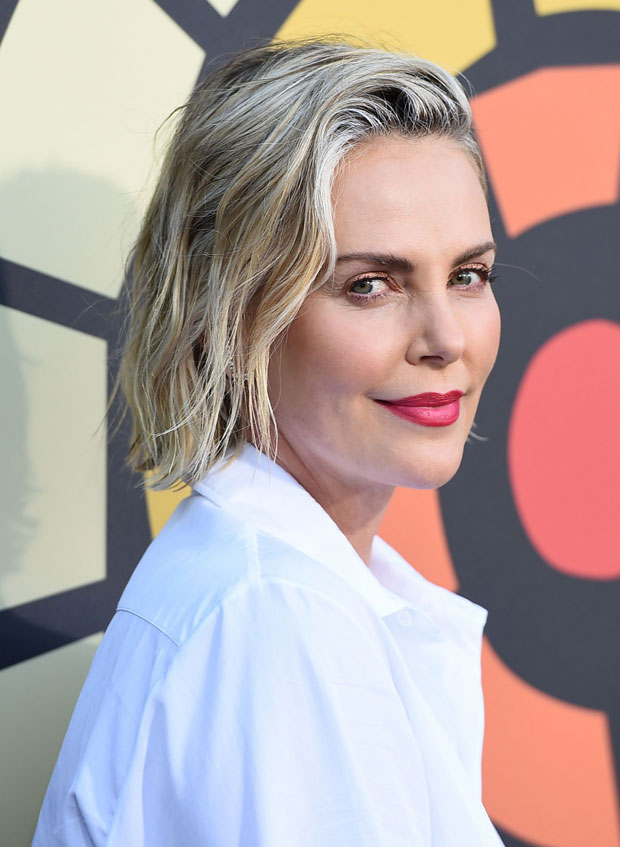 They included Seth Rogen, Taika Waiti, Connie Britton, Chelsea Handler, January Jones, David Oyelowo, Paris Jackson, and Lilly Singh. There definitely wasn’t a shortage of beautiful, talented people and they all appeared to have a great time while enjoying the highly successful film. 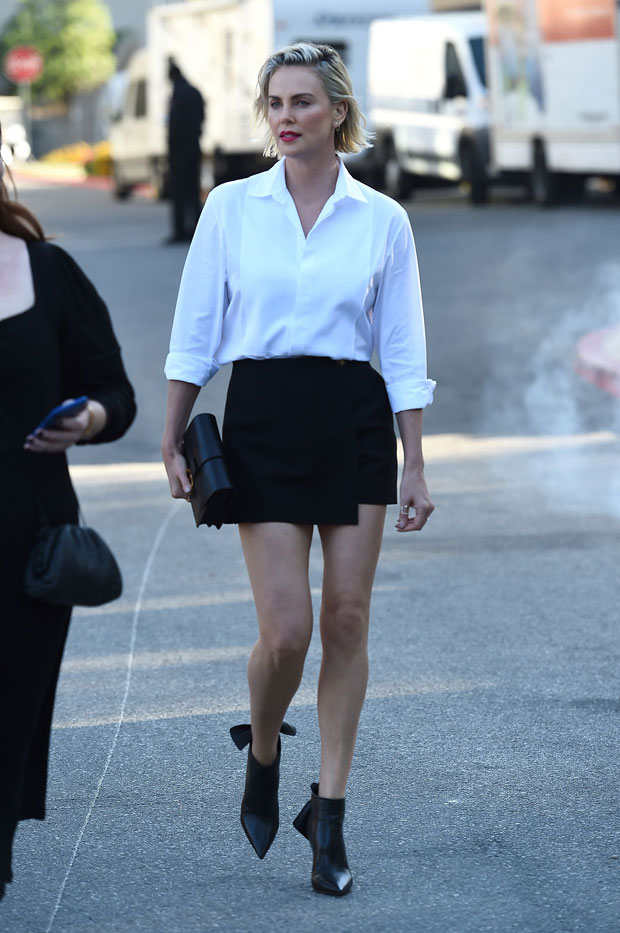 Before she stunned during her hosting duties for the F9 screening, Charlize made headlines for being photographed during a rare outing with her daughters Jackson, 9, and August, 5. The trio was celebrating Jackson’s birthday at a sushi restaurant in West Hollywood, CA on June 15 and were seen hanging out outside the door on a balcony. The Cider House Rules star wore an olive green jumpsuit and a black face mask as she enjoyed he quality time with her girls, who she adopted in 2012 and 2015.

Although Charlize generally keeps her life as a mom as private as can be, she sometimes share special moments with fans on social media. One of her most recent daughter-related posts happened in Sept., on National Daughters’ Day. “My heart belongs to these two beautiful powerhouses. I will never be the same,” she wrote alongside a picture of her and her daughters posing and cuddling together while sitting in front of a lit cake.