The 41-year-old actor takes to his Instagram Story to show off quality time he spends with his children, 9-year-old son Jack and 8-month-old daughter Lyla.

AceShowbiz –Chris Pratt is a doting father. The 41-year-old actor, who is famous for his portrayal of Peter Quill/Star-Lord in “Guardians of the Galaxy“, has shared a cute selfie of him with his two children, 9-year-old son Jack and 8-month-old daughter Lyla.

In an Instagram Story he shared on Thursday, April 29, the “Jurassic World” actor was seen taking a seat on a comfy light brown sofa by the fireplace. He wore a casual black T-shirt emblazoned with the words “Keep It Simple”, and a pair of black shorts. Sitting next to him were Jack and Lyla. Along with the selfie, he wrote, “Baby Time! [green checked emoji]” 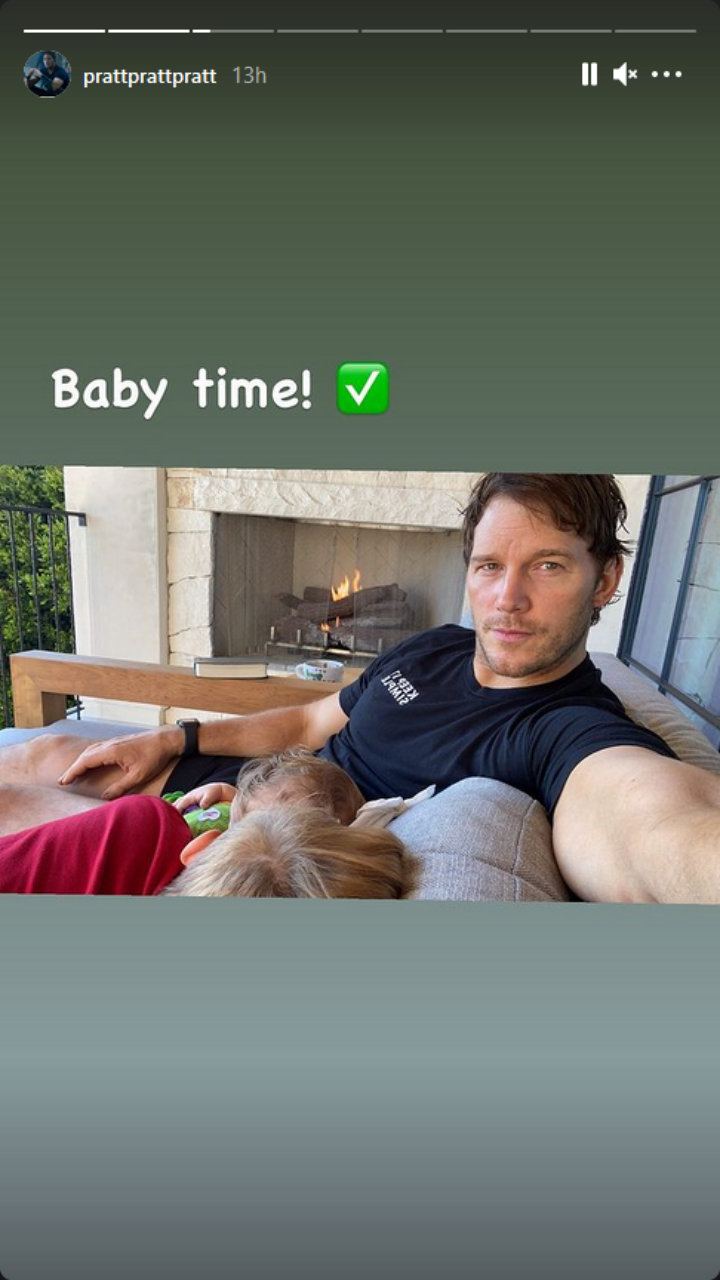 Though enjoying some quality time with his two kiddos, the former “Parks and Recreation” star proved he did not neglect his husband duty for wife Katherine Schwarzenegger. In his next story, he showed off a healthy breakfast menu with a note that read, “Make wifey breakfast [green checked emoji].” 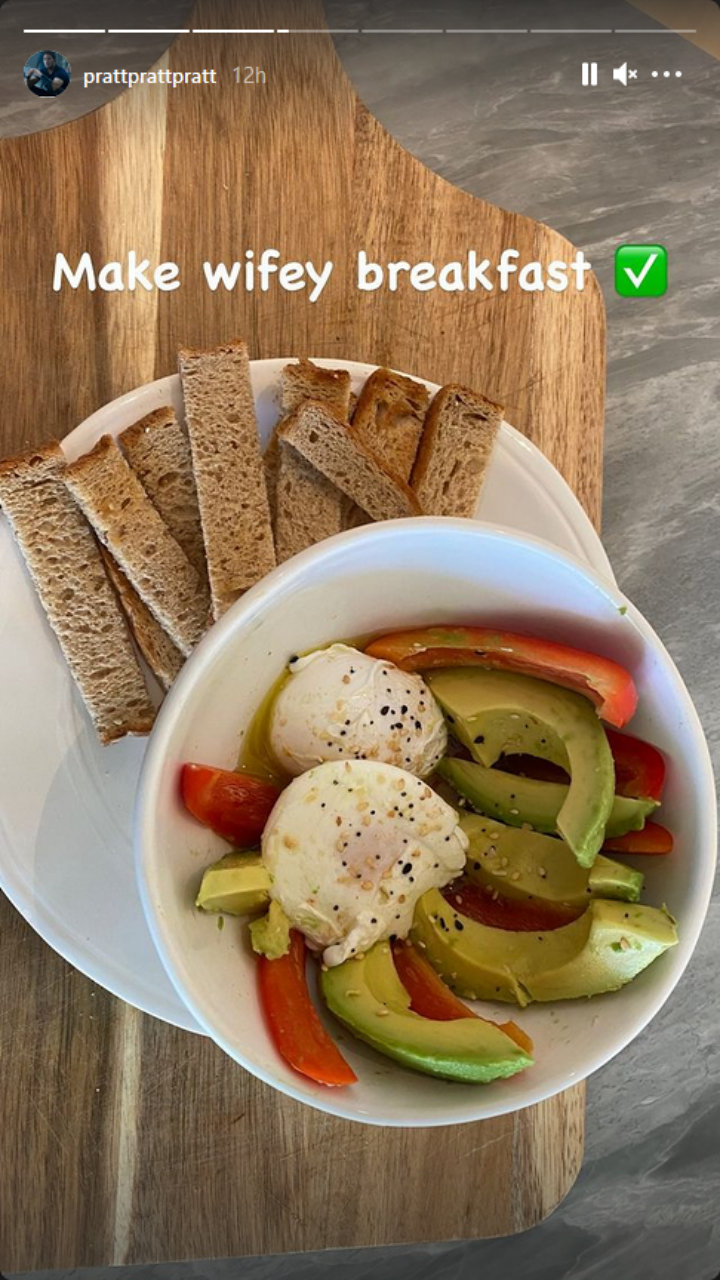 Jack is Chris’ son whom he shares with his ex-wife Anna Faris. The then-couple married in Bali, Indonesia on July 9, 2009. They welcomed Jack, who was nine weeks premature and weighing only 3 pounds 12 ounces, in August 2012. Their marriage ended with a split in 2017, and their divorce was finalized the following year.

Chris dated his now-wife Katherine in 2018. The two got engaged in early January 2019, and made it official in June that same year. Their daughter Lyla was born in August 2020.

Chris was not the only one sharing photo of Jack in late April. One day earlier, his ex Anna put out a never-before-seen pic of premature Jack who had a feeding tube on his nose. “The House Bunny” actress posted the unseen snap on her Instagram account to raise awareness for GAPPS (the Global Alliance to Prevent Prematurity and Stillbirth).

“Please join me in supporting GAPPS (the Global Alliance to Prevent Prematurity and Stillbirth) on Thursday, May 6th at 6:30pm (PDT),” she penned “I will be sharing the story of my son’s preterm birth 8 years ago as part of @healthybirths 60 minute virtual fundraiser.”