Kimberly Hart-Simpson, 33, will happily consider dating any contestant, male or female, after signing up to appear in E4 show Celebs Go Dating 2021. The actress, who played escort Nicky Wheatley in Coronation Street last year, had already come out as bisexual, but has now divulged that she is pansexual.

I just fancy everybody

Pansexuality refers to those who are not limited in sexual choice with regard to biological sex, gender, or gender identity.

Kimberly said: “I have dated people who are male, female, transgender…Gender is completely irrelevant to me.

“It’s about the person, not what sex they were born. I just fancy everybody,” she continued to The Mirror. 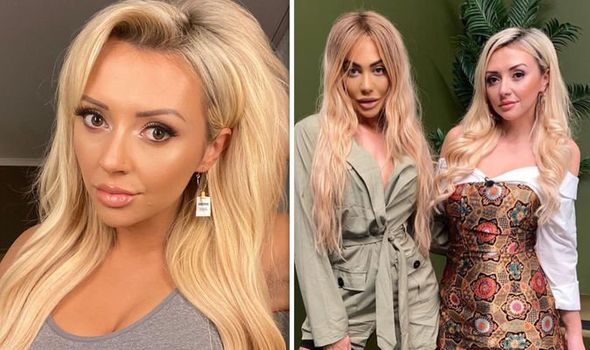 Kimberly is appearing as a contestant in Celebs Go Dating, which seeks to find public figures a romantic partner and airs next week.

Speaking on the reason for her joining the programme, she said: “I’ve joined the agency because I’m 33, I still live with my mum and don’t know why I’m still single.

“I’ve been putting myself out there, and joined pretty much every dating app going, so not sure what I’m doing wrong.

“[I’m] hoping Anna [Williamson] and Paul [Carrick Brunson] will help me figure that out and find my perfect match [whatever gender].”

Her character Nicky left the cobbles after Daniel Osbourne [played by Rob Mallard] helped her pay off her debts so she could have a new life by the sea with her daughter.

However, a source told The Sun: “Nicky’s proved really popular with viewers and the bosses absolutely love Kimberly.

“The character has gone off for the storyline to develop but the door is very much open for her return.”

The actress said that the soap had “meant everything” to her, as she uploaded a sizzling selfie to celebrate the show’s 60th anniversary.

She typed: “Coronation Street you mean the world to me! Happy 60th Birthday babe. @coronationstreet.”

Underneath fans said they “hoped” to see her back on the cobbles at some point in the future.

One wrote: “Hope to see you back at some point.”

While a third commented: “Is there any chance of a possible return?”

A fourth remarked: “Are you coming back to the street?”

Celebs Go Dating airs on E4 next Monday at 9pm.