Divorce lawyer to the stars Baroness Shackleton, 63, goes from ‘Steel Magnolia’ to granny as she welcomes her first grandchild

Nicknamed ‘the Steel Magnolia’ because of her reputation as one of the country’s most formidable divorce lawyers, Fiona Shackleton, whose clients included Prince Charles, is now nurturing her softer side.

I can reveal that Baroness Shackleton, 63, has become a grandmother as her daughter Lydia, 30, has given birth to her first child — a son named Ludo.

Investment director Lydia, who is married to bio-fuels broker Charles Woodhouse, 31, is the second daughter Fiona had with her husband, Ian. ‘We are all thrilled,’ Lady Shackleton tells me.

‘Some light in these dark times.’ Although she doesn’t say if she’ll change nappies, the Baroness is accustomed to infantile explosions: Heather Mills emptied a jug of water over her head during her divorce from Sir Paul McCartney. 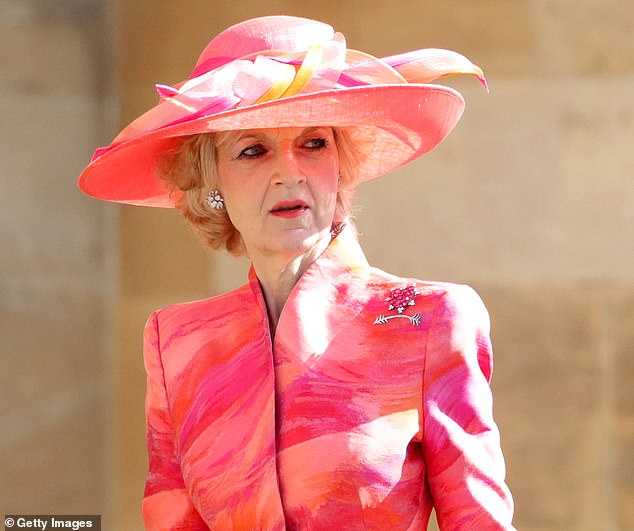 Baroness Shackleton, 63, has become a grandmother as her daughter Lydia, 30, has given birth to her first child — a son named Ludo

Chris Tarrant was annoyed this week by the ‘skullduggery’ of Quiz — the acclaimed ITV drama about the show he hosted, Who Wants To Be A Millionaire?

But his daughter Fia has other preoccupations. I can reveal that Heart radio presenter Fia, 34, has separated from her husband, the property developer Adam Ali Khan, also 34.

Their marriage hit the headlines when Fia converted to Islam ahead of her 2012 wedding. ‘It’s very sad, but they couldn’t make it work any longer,’ one of their friends tells me.

Fia, who declines to comment, spoke publicly about her devastation at the breakdown of Tarrant’s marriage.

Her mother, Ingrid, discovered via a private detective that the broadcaster had been having a seven-year long affair with school teacher Fiona McKechnie.