You probably already knew from experience that “Netflix and chill” became even more popular over the last year, thanks to the coronavirus pandemic. New data from streaming analytics firm Conviva highlights just how much streaming has spiked since early 2020.

The key takeaway from Conviva’s latest “State of Streaming” report for Q1 2021: Global time spent streaming surged 36% from the same time last year. And most of those gains can be attributed to emerging streaming markets outside the U.S., where the 18% year-over-year spike was relatively tame by comparison.

Here’s a look at the increase in time spent streaming by market, per Conviva’s report: 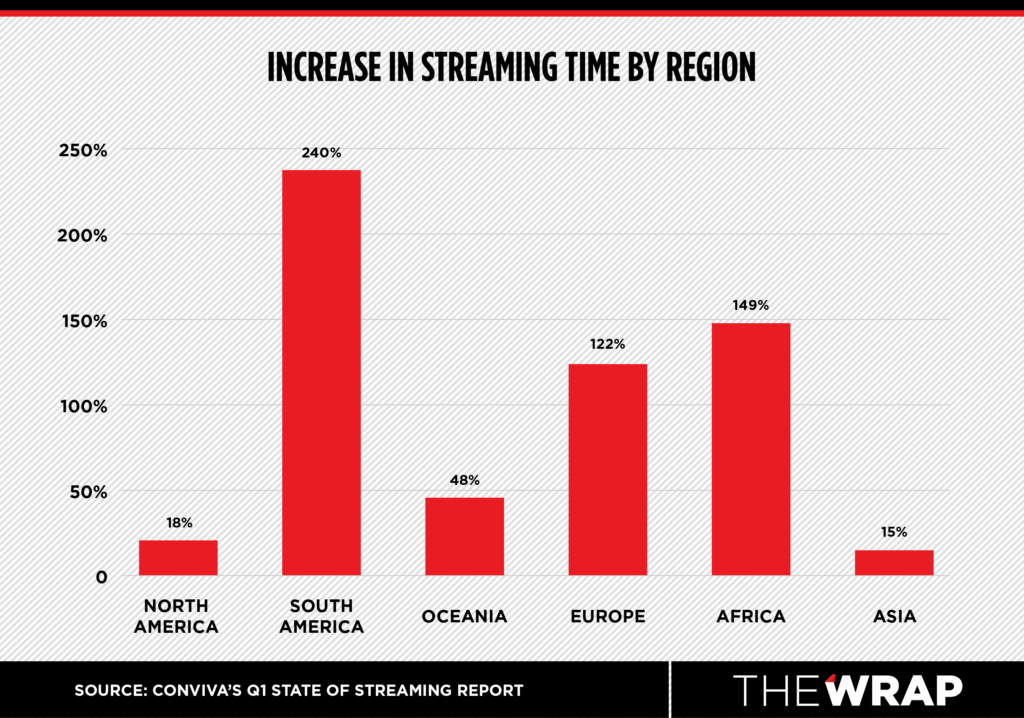 While Conviva doesn’t report how many minutes or hours this translates to on a daily basis, other sources help fill in the picture a bit. Roku, which is set to report its Q1 performance on May 6, reported earlier this year that its accounts streamed an average of 3.8 hours of content per day between October and December. Considering Roku is the dominant streaming platform in the U.S., accounting for 37% of all streaming on TV screens, per Conviva’s report, that gives us a ballpark idea of the average time spent streaming in North America during Q1. 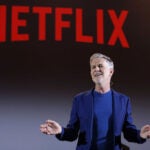 How people stream their content also stood out in Conviva’s report. Paula Winkel, Conviva’s director of marketing, told TheWrap the “TV continues to be the focal point of folks’ homes” in the U.S., where 81% of all streaming is done on a TV screen; 13% comes from desktop streaming, 11% comes from watching on mobile phones, and 8% was attributed to streaming on tablets.

“We thought live [TV] might bounce-back as live sports came back, but we’re not seeing that major resurgence that I think we thought might happen in 2021,” Winkel said. 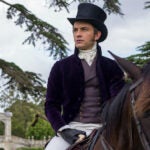