Reunited and it feels so good! Eric Dane and Patrick Dempsey gave Grey’s Anatomy fans the perfect example of how to safely spend time with friends amid the coronavirus outbreak.

“Blurry pic of how to hang out 6 feet apart,” Dane, 47, captioned a photo of himself with his former costar, 54, on Thursday, April 30. Dempsey stood a solid distance behind the Euphoria star, who gave the camera a big thumbs up.

Blurry pic of how to hang out 6 feet apart

Fans quickly lost their cool over the sweet snapshot, using the reunion as an excuse “to watch Grey’s from the beginning again.” Another avid viewer of the medical drama joked, “Am I dreamin’ or is it steamy out here,” referencing Dane and Dempsey’s nicknames on the series.

Dane starred as Dr. Mark Sloan (a.k.a. McSteamy) on the beloved ABC series from 2006 to 2012. When it was announced that he would not be returning to the show for season 9, Dane told TV Line that he was “extremely grateful” for his Grey’s Anatomy family. “It has been wonderful to work alongside and learn from a creative force such as Shonda Rhimes,” he said of the show’s creator.

Three years later, Dempsey’s Derek Shepherd (lovingly known as McDreamy) made his final appearance on the show after 11 seasons. Longtime costar Ellen Pompeo admitted in December 2018 that she hadn’t been in touch with the Can’t Buy Me Love actor since his dramatic departure from the series in 2015. 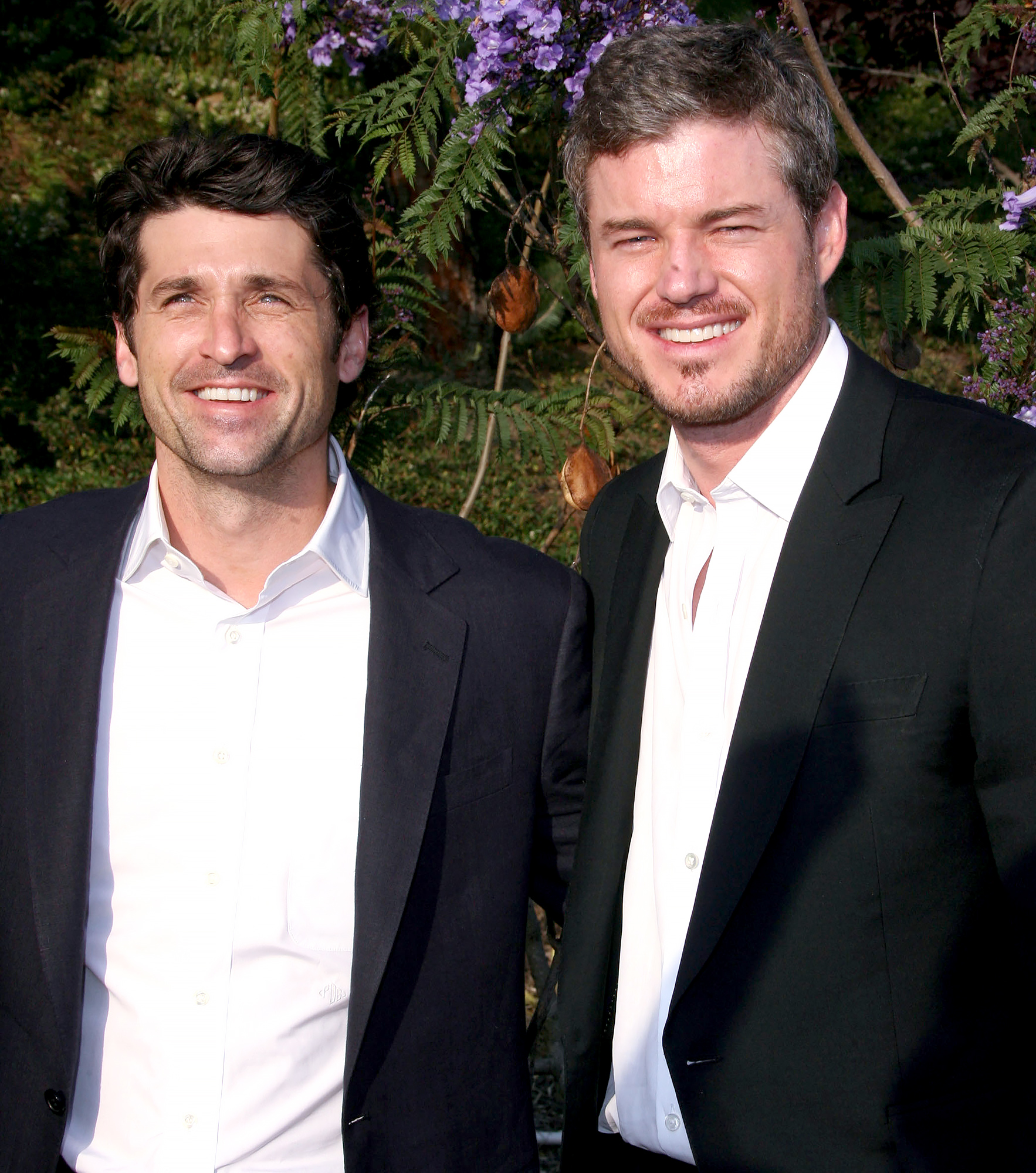 “I have no hard feelings toward him, he’s a wonderful actor we made, you know, the best TV you could make together,” the 50-year-old actress said during an appearance on Red Table Talk. “Typically when people leave the show, they need to sort of re-find themselves, who they are, without the show, because the show takes up so much of your life. You need that time to figure out who you are without the show.”

Despite Dempsey’s unexpected exit from Grey’s Anatomy, Pompeo reassured fans of the series that she would “always have a place” in her heart for her former costar.