With the conclusion of The Falcon and the Winter Soldier, we have a new Captain America. Sam Wilson (played by Anthony Mackie) has officially taken over the mantle bestowed upon him at the end of Avengers: Endgame.

In a recent interview with Trevor Noah, the Marvel star revealed that he’s back in training to get in shape for the role of Captain America – and it’s a four-month process. Given that there’s no padding in that costume, it’s easy to understand why the training process would take so long. 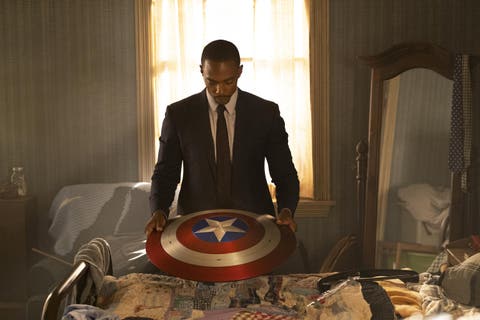 The training takes four months, Mackie told Noah. He said: “You take the four months. Like right now, I am at the end of the first month of the four-month process,” he said. And while all these details seem innocuous, they’re tantalizing if you know what’s coming up.

After this four-month process, the Falcon star will be in “movie Mackie” shape by July 2021. And you know what’s filming in July? Black Panther: Wakanda Forever.

While of course, it could be a coincidence, there’s further evidence that Mackie’s Captain America will have at least a cameo in the Black Panther sequel. When asked by Entertainment Tonight whether he’d be appearing in Black Panther: Wakanda Forever, Mackie said: “I do have a Wakanda visa, so I can go to Wakanda as much as I want.

“I have a passport and a Wakanda visa and I’m vaccinated, so I can go to Wakanda.” No cameo or role has been confirmed yet, but the timing would line up for a Black Panther 2 appearance.

In the same conversation with ET, Mackie revealed that if his character did have a cameo, he would want it to be done right. “It’s strange now, because of the amount of respect and admiration I have for Chad, having known him for so long.

There are already established links between the new Captain America and Wakanda. The Falcon and the Winter Soldier confirmed that his new suit — complete with vibranium wings — was made in Wakanda (likely by Shuri).

With a tangential, physical tie for Captain America to Wakanda — which previously was more the purview of Bucky Barnes aka The Winter Soldier (Sebastian Stan) and Agent Everett Ross (Martin Freeman) — this means there’s an easy, and story-justifiable, way for him to appear in Black Panther: Wakanda Forever. 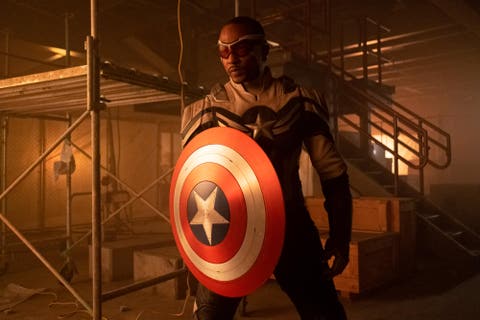 Marvel fans have become accustomed to seeing cameos and crossovers between and within the standalone films. The Disney+ TV series have only added fuel to that fire, with WandaVision featuring Thor‘s Darcy (Kat Dennings) and the upcoming Loki series teasing more Doctor Strange connections.

Nothing has been confirmed yet, though, so we don’t know how or when (or if) Captain America will visit Wakanda. It may be a cameo Marvel is trying to surprise us with – but with cast members revealing stuff willy-nilly, that task is becoming harder and harder.

Black Panther: Wakanda Forever has a release date of July 8, 2022. The first movie is streaming now on Disney+.