Keanu Reeves has been gracing the big screen for more than 30 years. And yet, the actor has developed a balanced way at looking at his fame. Reeves’ rabid fan base of late only adds to the already-surreal aspect of his career. But there’s one thing many fans might not know about the John Wick actor. Is he right-handed or left-handed? The answer is a little more complex. 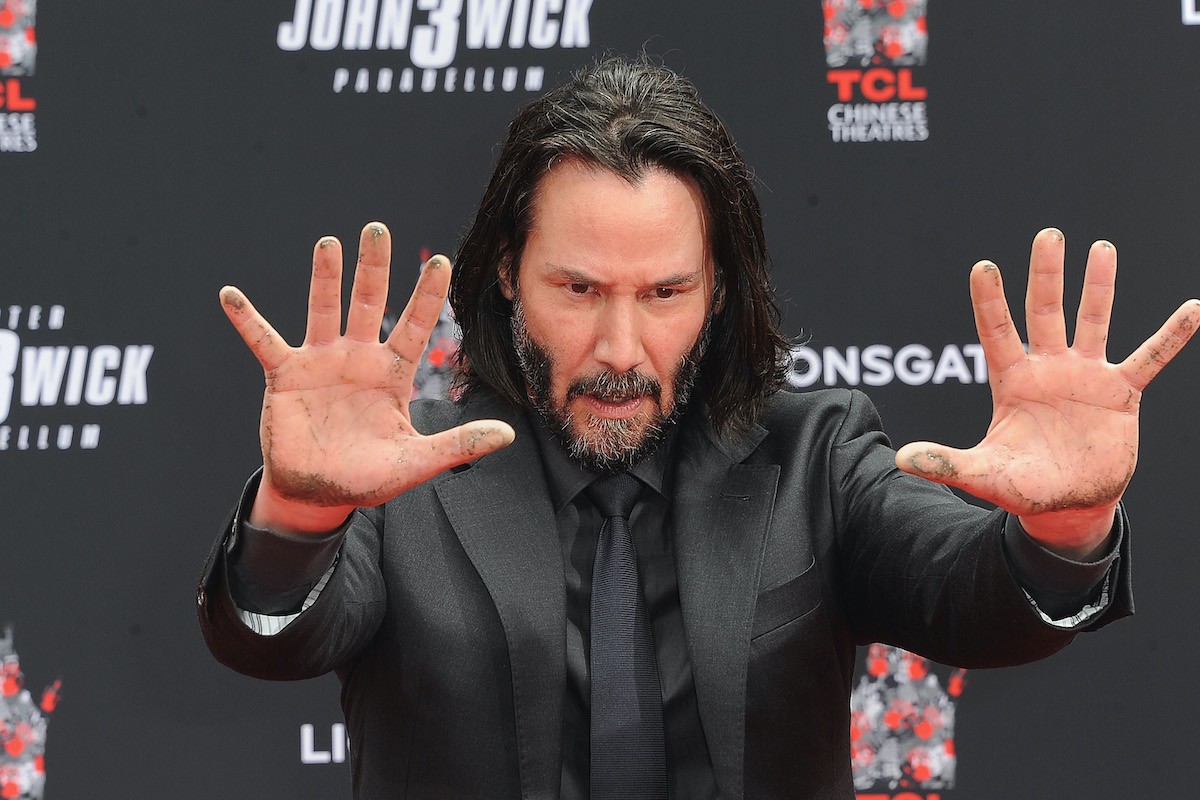 Reeves’ earliest work — films such as River’s Edge and Bill and Ted’s Excellent Adventure — didn’t tip off what a big action star he’d become. Instead, 1991’s Point Break was his entrance to the genre that would come to largely define his career. Just a few years later, Reeves singlehandedly headlined his own big action movie in Speed, one of 1994’s biggest hits.

Five years later, the actor would team up with Lana and Lilly Wachowski for The Matrix. That movie didn’t only change cinema forever. It gave Reeves arguably his most iconic character ever. Since then, his career has ebbed and flowed a bit. But thanks to another action franchise, John Wick, the actor is perhaps as popular and beloved as he’s ever been.

Is the ‘John Wick’ actor right or left handed?

Reeves fans are obsessed with learning as much about the actor as possible. But his private approach to his personal life makes it difficult to suss out more about him. However, fans do know some basic things, such as his height. While the actor is primarily left-handed, he plays bass with his right hand, according to The Wrap. But what does Reeves’ left-handedness mean?

According to psychologists, whether a person is left-handed or right-handed says a lot about them. Fast Company, for instance, reports that left-handed people are more creative than logical. Moreover, they’re also more adept at controlling both sides of their brain, leading to greater flexibility in their thinking and approach to the world around them.

Keanu Reeves surprises fans with new projects, such as ‘BRZRKR’

Just when fans think they know what to expect from Reeves, he tends to surprise them. For instance, the actor’s 2019 brought not only John Wick: Chapter 3 — Parabellum but also hilarious supporting turns in Toy Story 4 and Netflix comedy Always Be My Maybe. In 2020, he returned for Bill and Ted Face the Music. And 2021 looks to continue his wild career trajectory.

In March, the first issue of BRZRKR, a comic book series co-created by Reeves, launched. The actor claims the story — centering on an immortal warrior designed to look like him — began with a single violent image. Now Reeves will star in a BRZRKR movie and anime series for Netflix, according to Deadline. Could this be another John Wick-style success? Very possibly.