Here are Avengers Wanda Maximoff and her beau Vision in an environment we’ve never seen them before: In American suburbia in black and white. It all looks like an episode of The Dick Van Dyke Show, but that’s part of the point in WandaVision.

Disney+ debuted its first Marvel Cinematic Universe series in January to great reviews. But taking place following the events of Avengers: Endgame, it is quite a 180 when we see Elizabeth Olsen and Paul Bettany playing husband and wife in a giddy 1960s sitcom.

That’s the point, however, and the premiere episode “Filmed Before a Live Studio Audience” written by series creator Jac Schaeffer is part of a slow burn into the inner psyche and surrounding environment of Olsen’s Wanda. For Schaeffer, WandaVision is built around the stages of grief, while director Matt Shakman met with folks like Van Dyke to authentically stage a TV sitcom-inspired series (of all eras) down to the wooden chairs used for the studio audience on Dick Van Dyke and Bewitched.

Other sitcoms emulated on WandaVision include The Brady Bunch, Family Ties and Malcolm in the Middle. But it’s all a story about the darkness behind those white picket fences.

Schaeffer’s script is the latest installment of Deadline’s It Starts On the Page series, which highlights the scripts that serve as the creative backbones of the now-underway TV awards season. These scripts are being submitted for Emmy Awards consideration this year and have been selected using criteria that includes critical acclaim, selecting from a wide range of networks and platforms, and a mix of established and lesser-known shows.

Check out the script below: 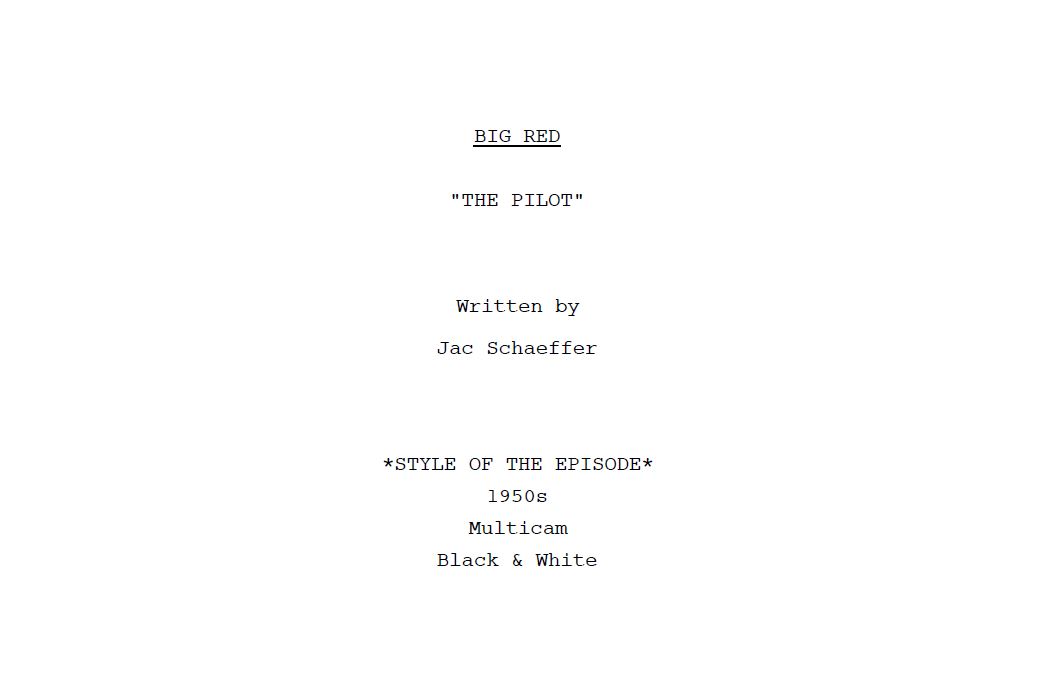 It Starts On The Page

It Starts On The Page: Read The Script For ‘Robin Roberts Presents: Mahalia’

It Starts On The Page: Read The Series Premiere Script For ‘The Flight Attendant’ By Steve Yockey