Getting rid of Donald Trump‘s Diet Coke button wasn’t the only change Joe Biden made to the Oval Office. Biden’s first full day in office is nearly coming to a close, and his headquarters within the White House has already been completely transformed after Trump left it following Biden and Kamala Harris‘s inauguration on Jan. 20. Photos of Biden’s Oval Office makeover surfaced the very next day, which you can see below. 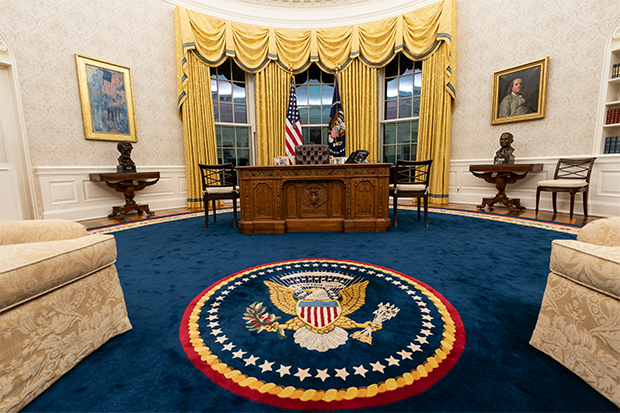 In addition to the soda button, Biden also had the military branches’ flags removed behind the Resolute Desk and replaced with two other flags: the American Flag, and one marked with the presidential seal. Biden also swapped Trump’s tan rug for a navy blue one (which former president Bill Clinton also used in the ’90s), and took down the bust of Winston Churchill. The former prime minister of the United Kingdom wasn’t the only controversial historical figure Biden removed from his new working space. 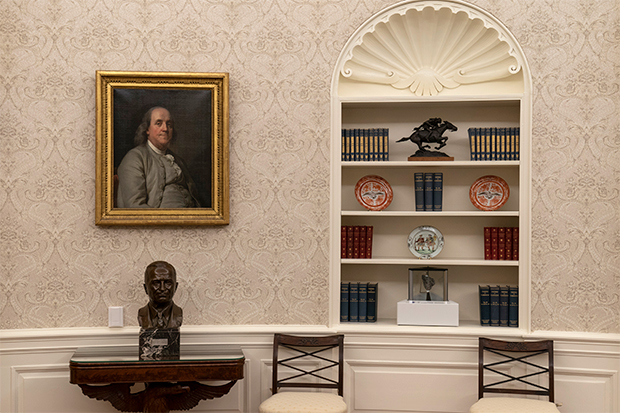 Biden said goodbye to a portrait of Andrew Jackson, who signed the horrific Indian Removal Act in 1830 that eventually led to the forced relocation of about 100,000 Native Americans to land in the west. Biden replaced Jackson’s portrait with other more celebrated historical figures instead: busts of activists Cesar Chavez, Rosa Parks and Martin Luther King Jr., including former First Lady Eleanor Roosevelt, were instead displayed. These busts are all reflective of the historical roots in the Democratic Party, according to The Washington Post, which was given a tour of the Oval Office before Biden entered it. A bust of a rider from the Allan Houser of the Chiricahua Apache tribe on a horse (which previously belonged to the late Senator Daniel K. Inouye) was also placed on the Oval Office’s bookshelf, which you can see in the photo above. 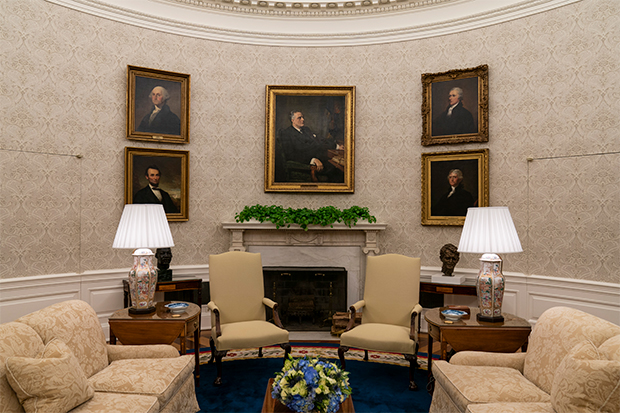 The Oval Office now also has paintings of former presidents George Washington, Abraham Lincoln, Franklin D. Roosevelt and Thomas Jefferson, in addition to Founding Fathers Alexander Hamilton and Benjamin Franklin (the latter reflects Biden’s “interest in science,” per The Washington Post). The choice to hang the portraits of Jefferson and Hamilton by one another — two men known for their opposing views — was deliberate, in an attempt to show how the “hallmarks of how differences of opinion, expressed within the guardrails of the Republic, are essential to democracy,” Biden’s office told The Washington Post. 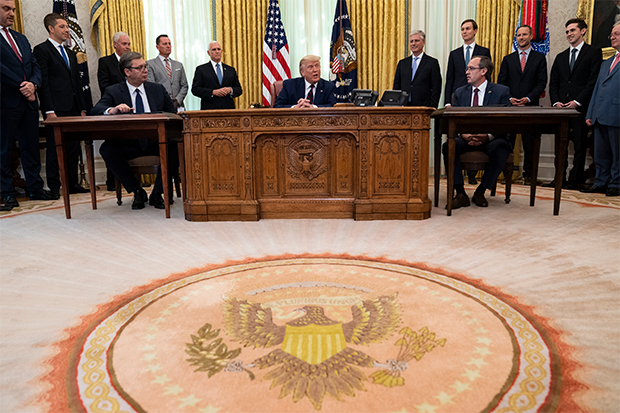 The new decor falls in theme with Biden’s mission as the 46th president of the United States: unite a very divided country. “This Oval is an Oval for Day One,” the Oval Office operation’s deputy director, Ashley Williams, told The Washington Post. “It was important for President Biden to walk into an Oval that looked like America and started to show the landscape of who he is going to be as president.” 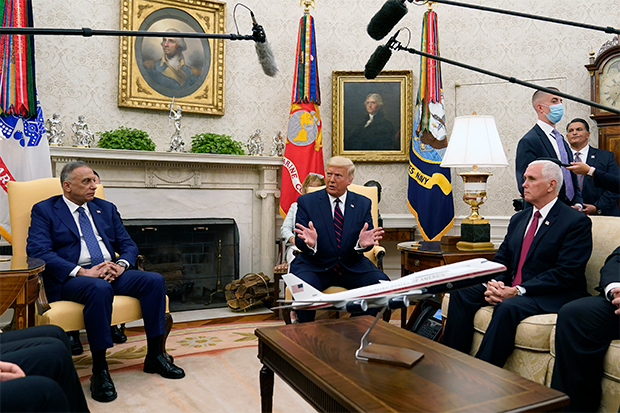 This reflected Biden’s very own inauguration speech on Jan. 20, as he was sworn into office. “Today, we mark the swearing in of the first woman in American history elected to national office, Vice President Kamala Harris. Don’t tell me things can’t change. Unity is the path forward. This is the United States of America,” Biden told the crowd gathered at the U.S. Capitol, the very same place where Trump Supporters attempted to disrupt Congress from certifying Biden’s win with a riot that horrified the country. Like the new decorations in the Democratic president’s suggests, Biden is looking forward to moving past these differences.