Orlando Bloom had adorable Daisy safely attached to the front of his bike as proud mom Katy Perry smiled and followed behind them.

Katy Perry, 36, and Orlando Bloom, 44, took in a fun activity with their eight-month-old daughter Daisy on Apr. 29 and it was so sweet to see! The doting parents enjoyed a bike ride in Santa Barbara, CA with the tot while dressed in stylishly casual clothing. The actor had the baby girl safely seated on the front of his bike while the singer happily rode behind them on her own bike. 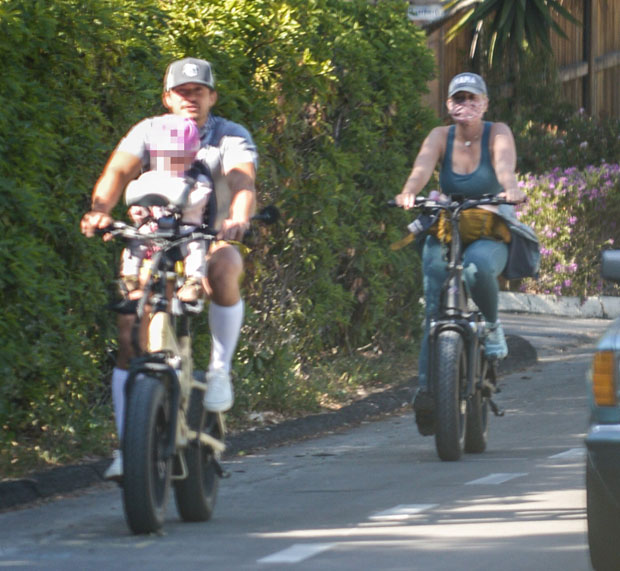 During the outing, Orlando wore a gray T-shirt, yellow shorts, and white socks and sneakers while Katy rocked a forest green tank top, matching leggings, and sneakers. The mom and dad also wore baseball caps while the former had a blue bandana around his neck and the latter had a jacket tied around her waist. Little Daisy had on a long-sleeved white top and pants with tan shoes and wore a pink helmet on her head. 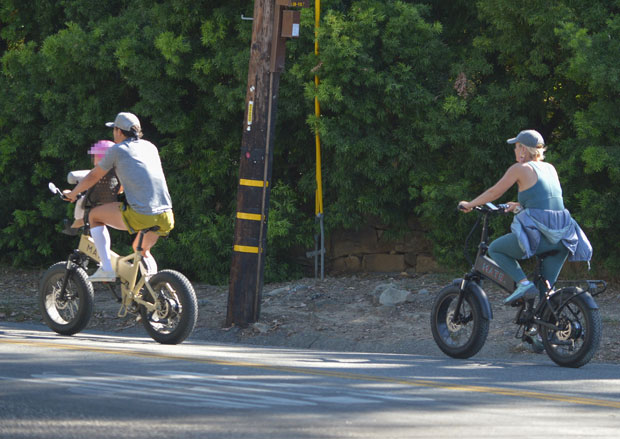 The family of three’s latest bike ride comes after they’ve already been seen on many outings since Daisy’s arrival last year. Katy and Orlando have kept her out of the spotlight when it comes to social media, but they’ve gone for strolls with the mini-me in the area of their home and on vacations. In Mar., they were spotted walking in Hawaii as Daisy was strapped to the Lord of the Rings star’s chest. 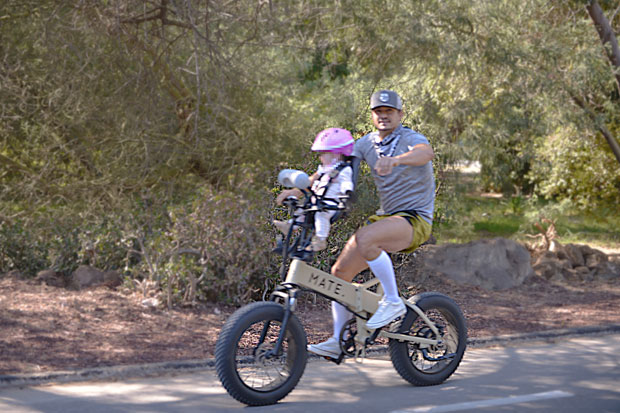 In early Apr., Katy was also spotted with Daisy while strolling on a beach in Southern California. She wore a long striped and straw hat to help keep the sun out of her eyes as she carried her little gal, who was wearing a white floppy hat, a white top and blue shorts. She was also carrying several bags in her other hand while taking in the breeze of the water near the sand, giving off those supermom vibes!