Look-alike alert! Mark Consuelos and Kelly Ripa’s son Michael looks exactly like his dad in a new photo that was posted in honor of Michael’s 24th birthday.

Another Consuelos family member has hit a milestone! Kelly Ripa, 50, and Mark Consuelos’ oldest son, Michael Consuelos, celebrated his 24th birthday on June 2. Both parents posted loving messages to their son, but Mark’s tribute has us doing a double-take.

The first photo in his gallery post features a photo of father and son on the beach. Mark, 50, and Michael look like twins! Michael is the spitting image of his dad. “Happy 24th birthday @michael.consuelos !! You led the way..We love you!!!” Mark captioned the photos.

Michael is the oldest of Kelly and Mark’s three kids. They also have a daughter Lola, 19, and another son named Joaquin, 18. Joaquin recently celebrated the end of the school year by going to his senior prom. He’ll be attending the University of Michigan in the fall and playing for the school’s wrestling team. 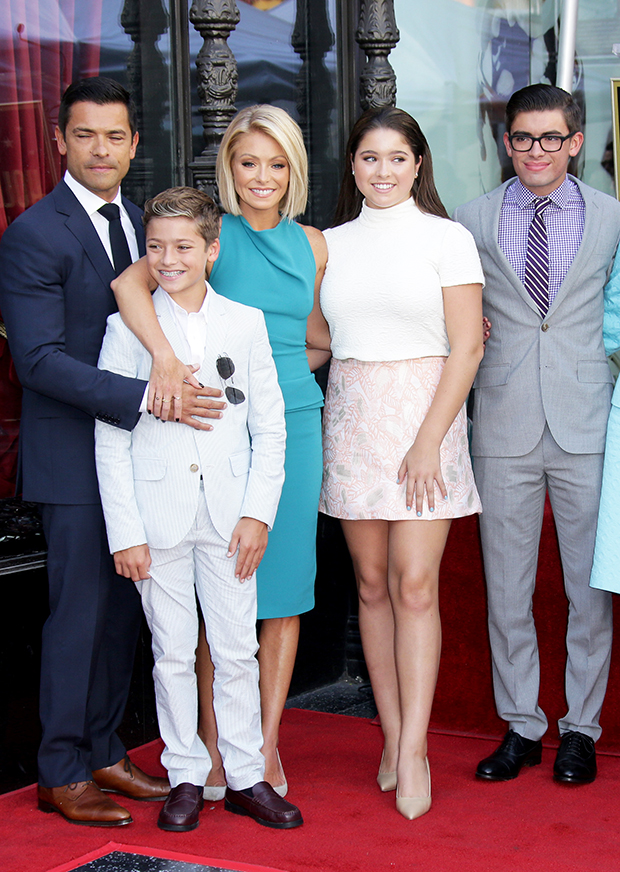 Michael attended New York University and graduated in May 2020. He notably played a younger version of Mark’s Riverdale character, Hiram Lodge, in 2018. Given how much Mark and Michael look alike, it’s not surprising the Riverdale team took advantage of this opportunity.

Even though he’s Mark’s son, Michael admitted on Live with Kelly and Ryan in 2018 that he had to audition for the role of young Hiram! “I thought looking like dad would kind of be my way in, but anyone there looked like my dad,” Michael told his mom about when he went in for the audition. Although both Kelly and Mark are actors, Michael didn’t always want to follow in their footsteps. At the time, he only recently discovered he enjoyed acting! If Mark ever needs a younger version of Hiram or another character, Hollywood knows who to call!