More than friends? Kendall Jenner and NBA player Devin Booker exchanged flirty comments on Instagram amid rumors that the pair have sparked a romance.

The model, 24, shared a glam video of herself on Tuesday, August 11, captioned with a strawberry emoji. When the Phoenix Suns star, 23, commented, “I like strawberries,” Jenner replied with four more strawberry emojis. 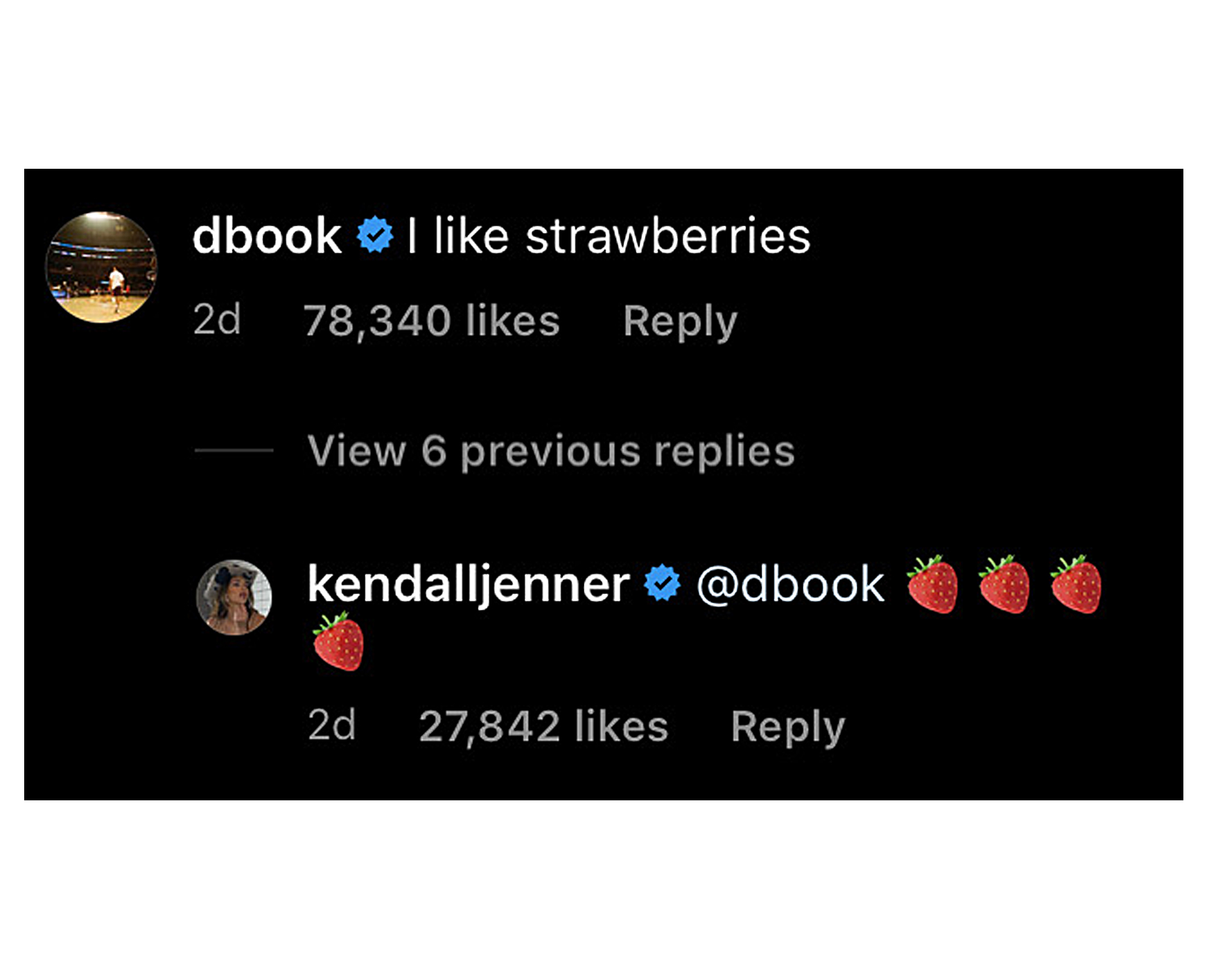 In April, Jenner and Booker were spotted on a road trip to Sedona, Arizona, instantly starting speculation that they were romantically involved. The next month, the Keeping Up With the Kardashians star continued to fuel rumors when she was seen picking up the athlete from the Van Nuys Airport in Los Angeles. A source later told Us Weekly exclusively that the duo wasn’t ready to put a label on their relationship just yet.

“They’re hooking up, but they’re not serious,” the insider said in June. “She’s talking to a couple different guys. She has so many men after her it’s crazy.” 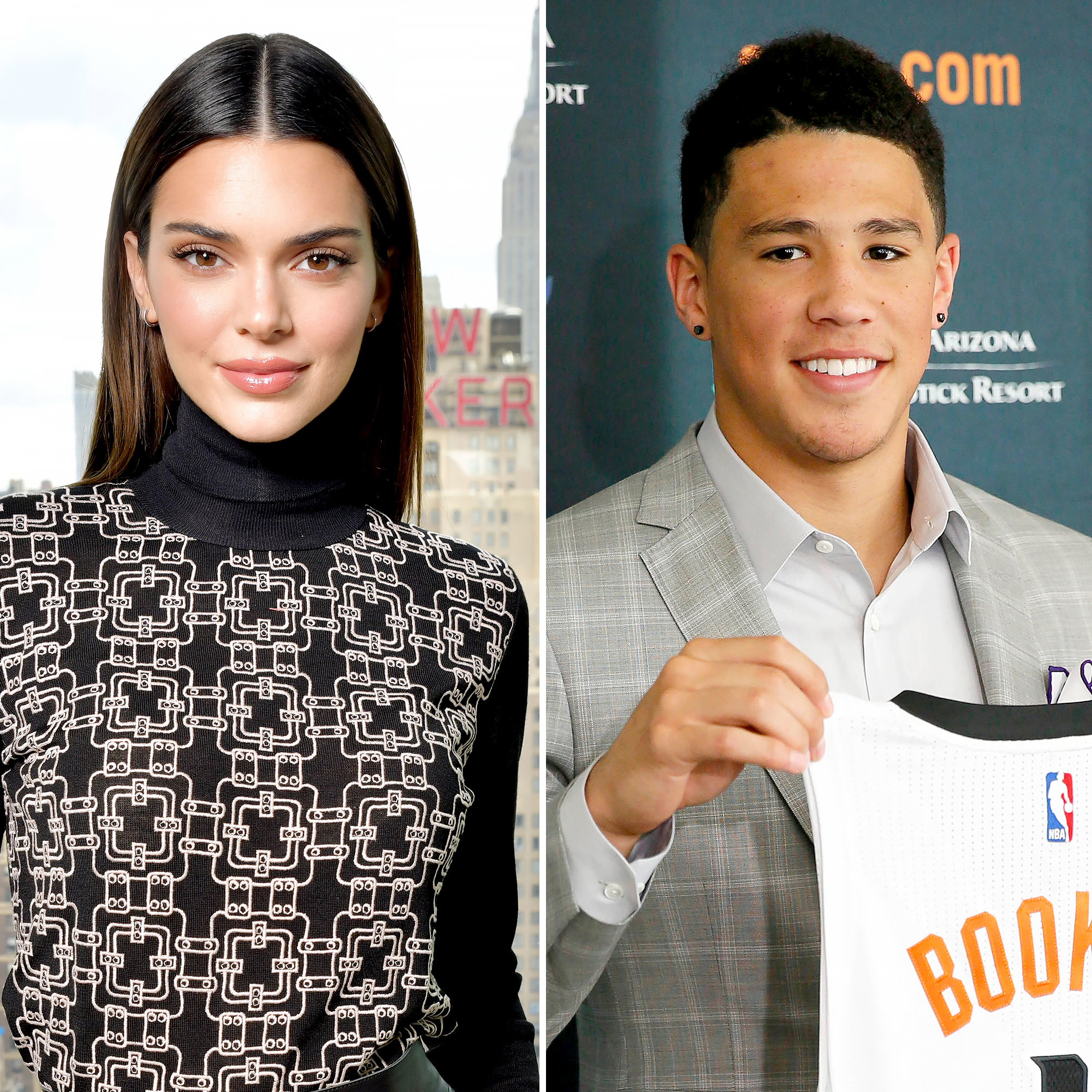 Before being linked to Booker, Jenner previously dated basketball stars Blake Griffin and Ben Simmons. When a TikTok user joked about “NBA players passing around” the reality TV personality, she shut down the negativity with the perfect NSFW response.

“They act like i’m not in full control of where i throw this cooch,” she tweeted in April.

Jenner’s rumored romance with Booker comes shortly after she reconciled with Simmons, 24, who she began dating in May 2018. The former pair was last seen together in February, but a source told Us at the time that they were “not officially back together.”

“They both like having a no-strings-attached type of relationship with each other, for the most part,” the source explained. “They both work and travel frequently and don’t find it very realistic to be in an exclusive relationship with one another. They do really like each other though and love spending time together.”

Kendall Jenner Through the Years

Despite the ups and downs she’s experienced in her love life, Jenner views her relationships as an opportunity to “learn different lessons.”

“A lot of the relationships have taught me more about myself, which is the most valuable,” she said in a behind-the-scenes video for a Calvin Klein campaign in February.