Not impressed. Kyle Richards wasn’t happy when Denise Richards didn’t cooperate with production on season 10 of The Real Housewives of Beverly Hills amid her drama with Brandi Glanville.

“She stopped basically showing up,” Kyle, 51, said during an interview on the Wednesday, April 22, episode of SiriusXM’s “The Jenny McCarthy Show.” “She didn’t want to face anything or deal with anything. So, she either would bring her husband or disappear.”

Kyle added that it was particularly hard to watch Denise, 49, opt out of filming because she never declined to cooperate with the show despite years of conflicts that played out on screen. 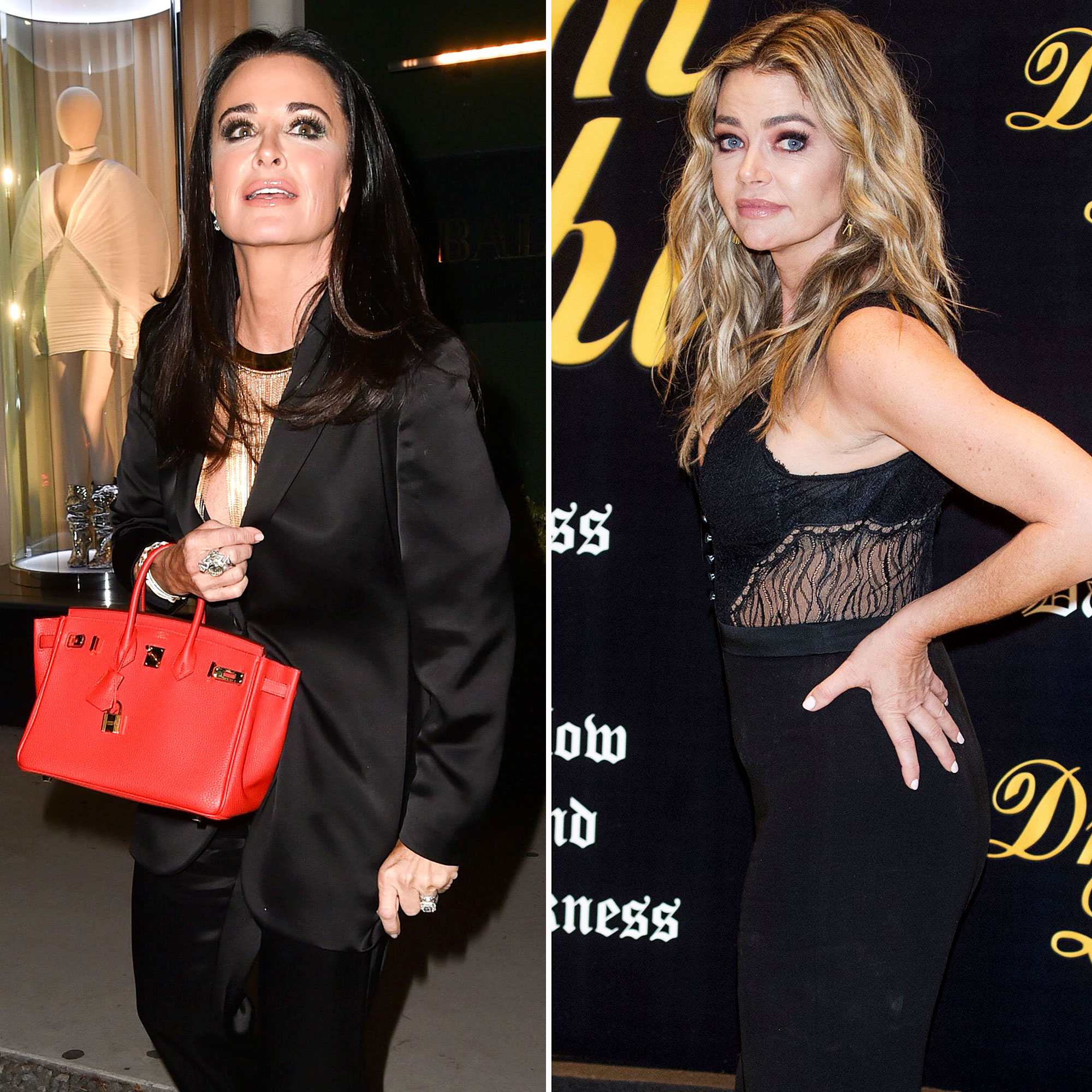 “That was something I really took issue with because I’ve been on the show for 10 years,” the California native told hosts Jenny McCarthy and Donnie Wahlberg. “There have been so many things that have come up that were really difficult and really painful over these last 10 years. I never knew it wasn’t an option not to show up. You think I wanna be around some of these people sometimes with some of the mean things that they’ve done and said? No, but I always show up. So yeah, that was very strange to me.”

The former American Woman producer advised that the best thing to do while embroiled in controversy is to remain on the show.

“Leaving is the worst thing you can honestly do because you leave it open for everyone to talk about that instead of you taking control of the narrative and you’re just making it a way bigger deal,” Kyle explained. “It’s a rookie move to walk off.”

A second insider told Us that while Glanville was filming a cameo for season 10 of RHOBH, she alleged that she had sex with Denise before she married Aaron Phypers, and said that the couple had an open marriage. Denise denied the allegations and wanted “all of that footage taken out of the show.”

A source told Us after the season premiere on April 15 that Denise feels like the cast is “out to get her.”

“Denise has to relive the nightmare and stress caused by all of the drama from RHOBH,” the insider said. “She doesn’t understand why the cast was just out to get her from the beginning of filming. A lot went down behind the scenes that sadly will never be known when Denise wasn’t filming.”