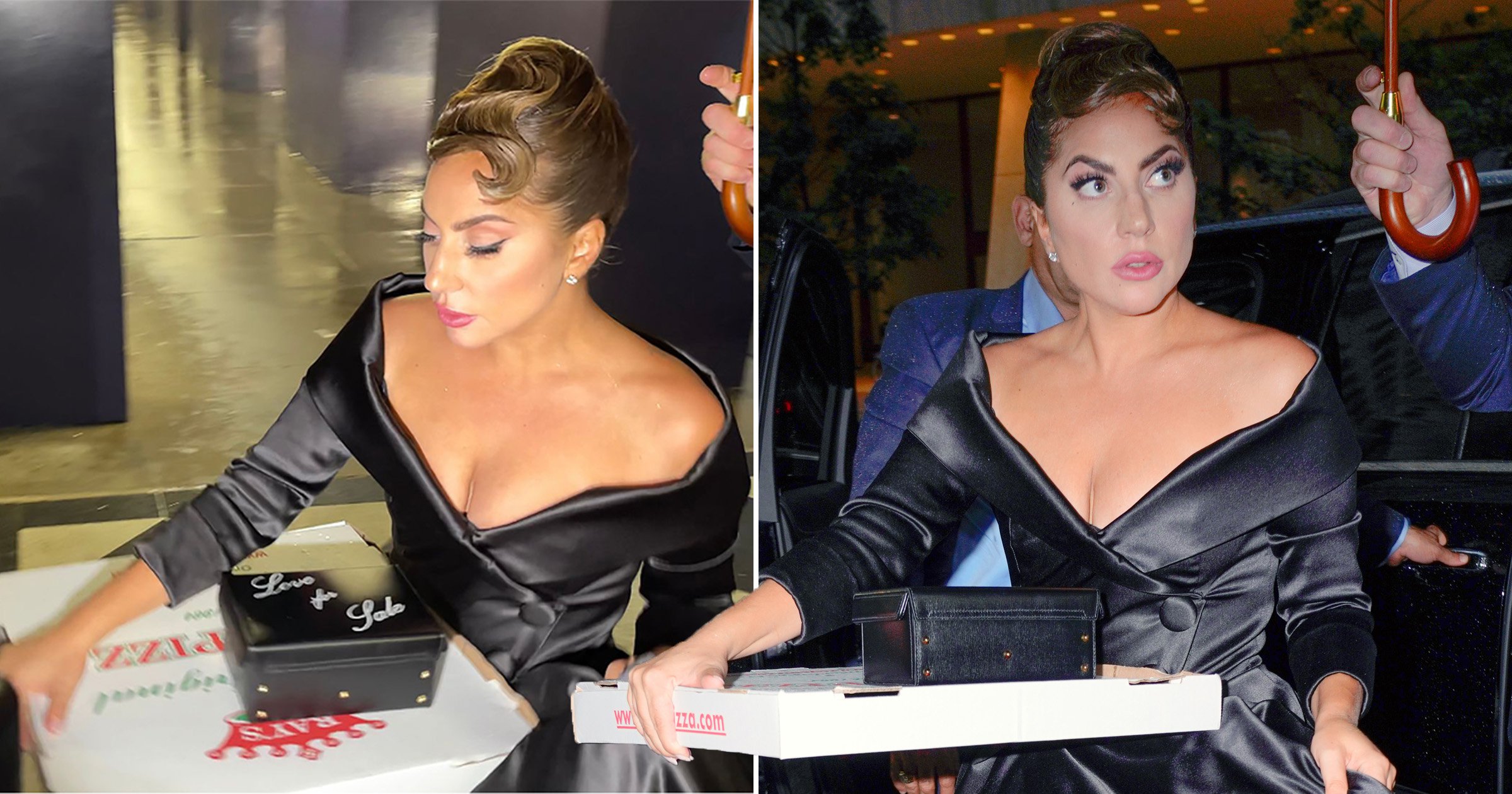 Lady Gaga continues to be a relatable queen as she clutched a pizza while rocking a fabulous ball gown.

Which was basically our Friday night in a nutshell.

At the end of a day which saw her performing alongside Tony Bennett, the Born This Way singer, 35, was spotted making her way into her hotel with a takeaway pizza box, which she rested her bag on.

Looking glamorous as ever, she wore an off-the-shoulder black satin gown for the evening with button detail on the front.

She completed the instantly iconic look with simple black heels and a mini briefcase-style clutch bag, with ‘love for sale’ across the front.

There is no way we’re worthy of Gaga and her pizza.

Earlier in the day, she filmed a duet with Tony Bennett for an upcoming MTV Unplugged concert, which is airing on Friday.

The gig was a huge surprise to fans, and was only announced at the end of last month.

‘Come witness a new chapter in Unplugged’s history as Tony Bennett and Lady Gaga grace the Unplugged stage for the first time,’ the description for the gig read.

Gaga, real name Stefani Germanotta, and Tony have been close friends for years, with the A Star Is Born among the first to learn of the music legend’s Alzheimer’s disease diagnosis.

Alzheimer’s is an irreversible, progressive brain disorder that slowly destroys memory and thinking skills and, over time, the ability to carry out the simplest tasks.

In most, the symptoms first appear in their mid-60s and eventually leaves them dependent on caregivers.

Appearing on CBS This Morning in February, Tony’s wife Susan Benedetto explained that Gaga was one of the first people they told of his illness, before going public with the news.

‘You know, Gaga is wonderful,’ she said, confirming that Tony is still able to recognise the Oscar winner.

‘Most definitely,’ she laughed. ‘Gaga is hard to forget.’