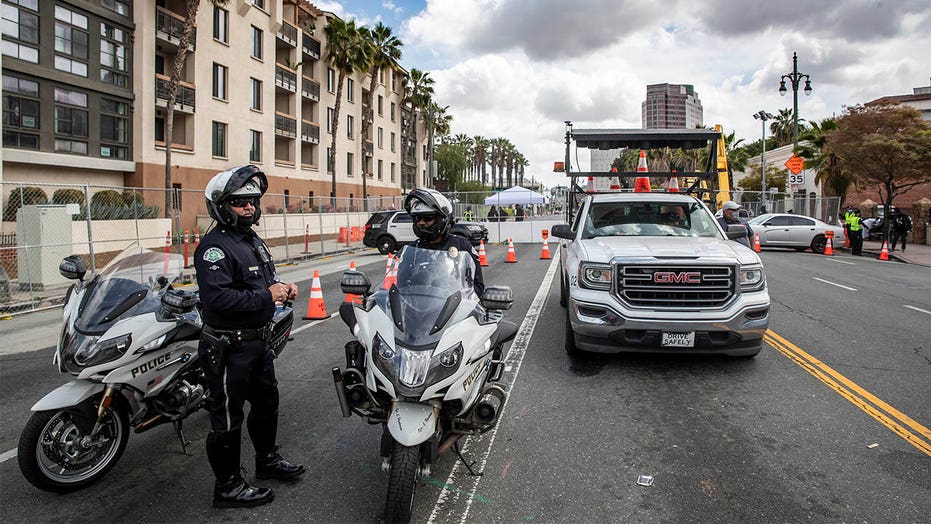 Police officers being attacked in ‘astounding numbers’ and the blame is clear: Randy Sutton

Celebrities at Sunday’s star-studded Oscars took aim at law enforcement as they took the podium for an event safeguarded by personnel from the Los Angeles Police Department (LAPD), among other agencies. Now, union officials are slamming Hollywood big-names for their own “contribution to the glorification of guns, drugs, and crime,” Fox News has learned.

Actors and filmmakers attending the Los Angeles-based 93rd Academy Awards got political on stage and on the red carpet during the events Sunday, just days after a Minnesota jury announced its decision to convict ex-Minneapolis Police Officer Derek Chauvin on charges related to the May 25, 2020, death of George Floyd.

The LAPD would not provide Fox News with specific information regarding the amount of police personnel tasked with working Sunday’s event, despite multiple email inquiries. But a police department source familiar with event protocols told Fox News on Tuesday that at least 200 LAPD members typically work such an event in uniform, in addition to the officers who are not visible. 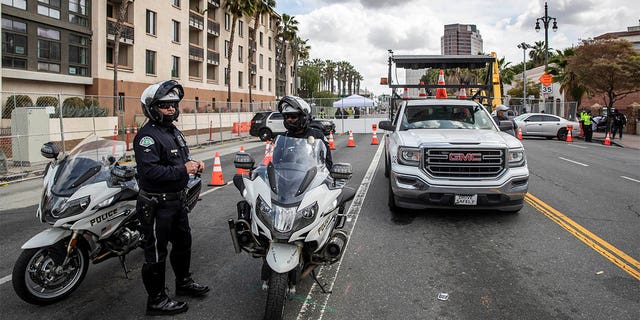 LAPD members typically guard an outer perimeter, inner perimeter and are made up of personnel on the ground, SWAT team members, command staff and support staff, the source said.

The police-related commentary began within just moments of the ceremony’s start.

“It has been quite a year and we are still smack-dab in the middle of it. We are mourning the loss of so many and, I have to be honest, if things had gone differently this past week in Minneapolis, I might have traded in my heels for marching boots,” said award-winning actress and director Regina King in her speech at the event’s opening.

King continued: “Now, I know that a lot of you people at home want to reach for your remote when you feel like Hollywood is preaching to you, but as a mother of a Black son, I know the fear that so many live with and no amount of fame or fortune changes that.”

“Because on average, the police in America every day kill three people, which amounts to about a thousand people a year and those people happen to disproportionately be Black people,” Free continued. Wearing a black and gold suit jacket lined with the names of people who have been killed by police, he then read a James Baldwin quote and asked: “Please don’t be indifferent to our pain.” 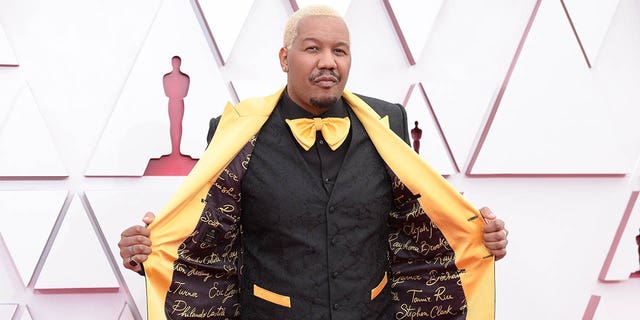 But not everyone appreciated the vilification of law enforcement, even if while honoring those lives lost, especially at an event that was largely guarded by police officers who were visible and out of sight to ensure the day carried on safely.

In response to Sunday night’s anti-police speeches, the Los Angeles Police Protective League’s (LAPPL) Board of Directors told Fox News that more than 450 people have been shot in L.A. in 2021 so far – up 73% year-over-year – and the “overwhelming number of those shooting victims were young Black and Hispanic men.”

“[Y]et no one heard about this carnage at last night’s Oscar production,” the board of directors said in an emailed statement. “There won’t be any protests or social media generated from the red-carpet walking movie stars about homicides and shootings exploding in virtually every big city in the nation, rather, just more blame directed at police officers, because it must be their fault.”

The LAPPL statement questioned whether the “the irony of their sanctimonious lecturing” played a role in the record-low viewer turnout for the event.

“There isn’t a mirror big enough for Hollywood’s self-appointed moral standard-bearers to look into and question their contribution to the glorification of guns, drugs, and crime,” the LAPPL said.

A police department source said he was not surprised by the anti-police, but it makes doing their job that much harder.

“If you were known to make anti-police statements, do you really think we as officers would want to be putting our lives on the line for you?” the source said.

Others took to Twitter during the ceremony to criticize the statements.

Josh Barnett, a candidate for Arizona Congress running on the Republican ticket, called those making the police-focused speeches “hypocrites” and tweeted: “Was there police at the Oscars last night protecting the same people that want to defund and eliminate them? Asking for a friend…”