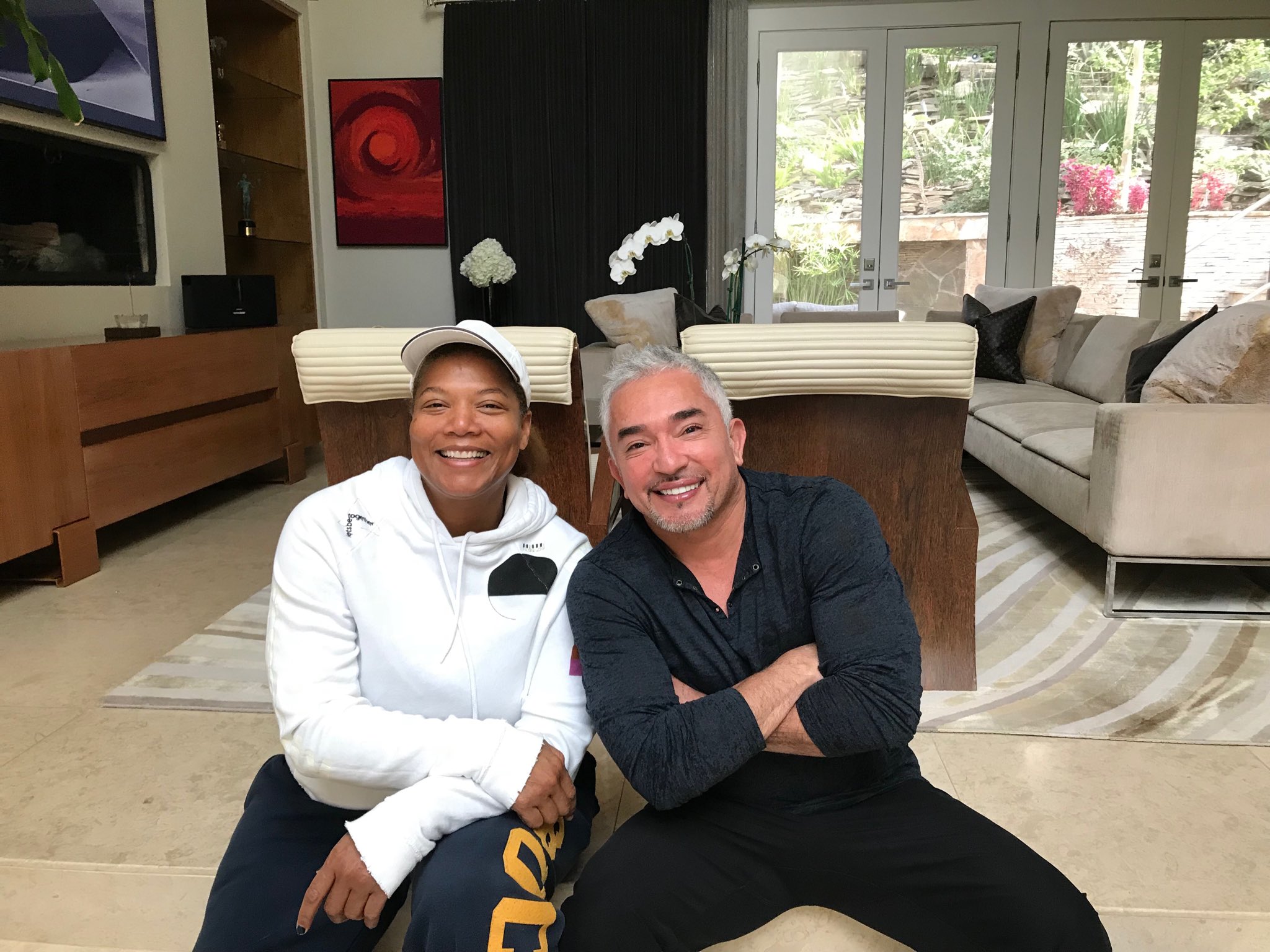 It seems Cesar Milan, Mr. Dog Whisperer, hasn’t trained his own damn dogs. Cesar is being sued by gymnast Lidia Matiss for injuries she sustained from an attack by one of his dogs in 2017. Lidia stated in her complaint that Cesar allowed his pit bull, Junior, to run around “unleashed and unsupervised” despite knowing that the dog would often attack and bite people. In her complaint, Lidia also claimed that Cesar lied to Queen Latifah about the death of her dog. Milian’s staff told Latifah her dog passed because it was hit by a car. Lidia claims that Latifah’s dog was mauled by Junior, the same dog that attacked her. Junior has since passed away. Below are a few more details from People:

Lidia Matiss, a gymnast who filed the complaint and is represented by attorneys Omar G. Qureshi and Brian M. Adesman, alleges that she went to visit her mom, who worked for Millan, at his training facility in 2017. That’s where she came across the Dog Whisperer star’s pet Junior, who was “unsupervised and unleashed,” according to the outlet.

Matiss said that the dog began to attack her and bit her numerous times on the legs. When she arrived at an emergency room after the incident, TMZ said her “injures were severe.” The athlete claims the occurrence also stopped her from later competing in her sport due to pain.

In the lawsuit, Matiss alleges that Millan was aware of his dog’s violent tendencies but still allowed him to go without a leash. Junior has since died, The Daily News reported, at the age of 15.

In her lawsuit, Matiss also claims that Junior had previously bitten other people and attacked other dogs as well, including one dog owned by Queen Latifah. According to the legal documents, at one moment in time, Queen Latifah, 51, brought two of her dogs to Cesar’s Dog Psychology Center in Santa Clarita, California.

There, Matiss alleges that Junior “mauled one of [QL’s] dogs to death” and said that Cesar covered up the incident by telling his staff that they were to tell the actress that her dog was hit and killed by a car.

In the lawsuit, which is ongoing, Matiss said that the bites she obtained have left her injured and she has suffered both physically and emotionally since the occurrence. TMZ reported that she is suing for unspecified damages.

If I were Queen Latifah I’d be so pissed that Cesar’s dog murdered mine and that he lied about it. I am floored that someone who claims to be an expert in dog training had an untrained and vicious pet. I also don’t understand why Cesar did not find someone to train Junior if he felt that he couldn’t. He could have at least leashed his damn dog. If what Lidia is claiming is true, I hope she wins her lawsuit, especially since it seems Junior caused permanent damage and she was unable to compete. As for Latifah, I think the Queen should definitely sue as well.

I hope that these accusations, if proven true, make people reconsider using Cesar’s services or having him on shows. It is disgraceful that Cesar, who claims to be animal advocate, allowed his own animal to cause such harm and then lied about it. It’s like learning that Marie Condo is a secret hoarder. Good luck to Lidia on her lawsuit and I hope Latifah is also compensated for her loss as well. And may Cesar’s reputation suffer.