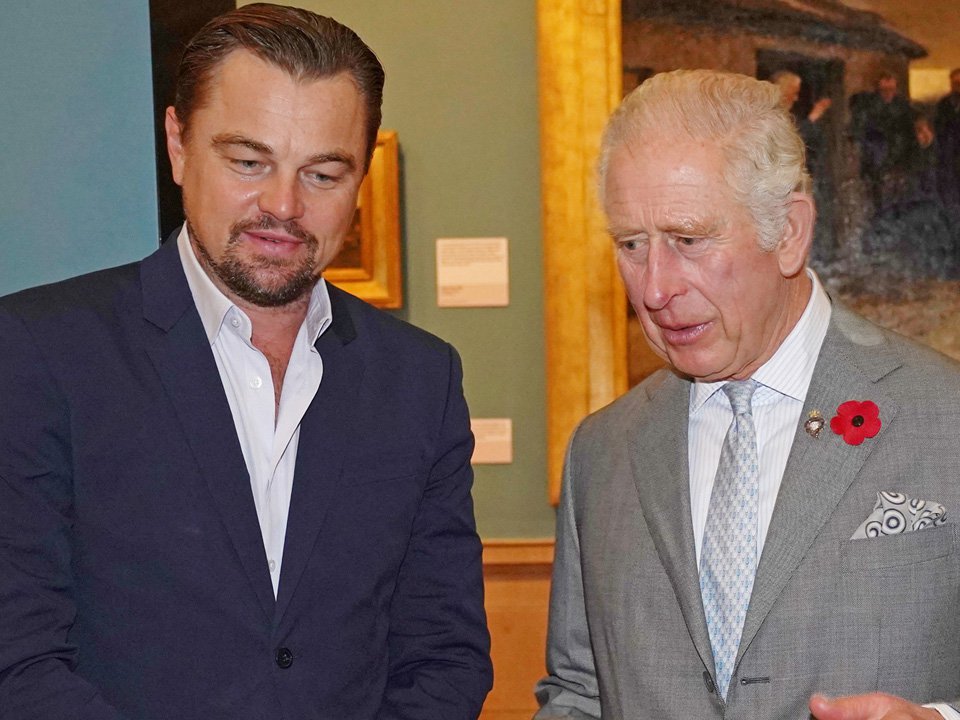 Leonardo DiCaprio may be Hollywood royalty but he was spotted in the company of legit royalty, meeting Prince Charles at Cop26 in Glasgow.

After the pair visited Stella McCartney’s installation on sustainable fashion separately on a guided tour with the designer, they retreated to a private corner of Kelvingrove Art Gallery where they were introduced.

The Hollywood star quickly pulled down his face mask and shook hands with the royal.

The trio spent around 10 minutes chatting together before Charles left and Stella joined a live discussion on stopping the use of leather and fur.

The designer confessed that the Prince of Wales found her exhibition ‘enlightening and inspiring’.

Charles spent the first few days of the climate summit in between speeches and meetings with some of the most powerful men on the planet, including Amazon’s Jeff Bezos and US President Joe Biden.

Meanwhile, DiCaprio’s rumoured presence on the floor of the UN climate conference caused some buzz until he was finally spotted.

As part of her installation, Stella displayed luxury handbags made from vegan lab-grown mushroom leather as well as some futuristic vegan football boots she created in collaboration with Adidas and Manchester United’s Paul Pogba.

‘I want to highlight my industry and call it out,’ she said.

‘We’re one of the most harmful industries in the world to the environment and what I’m doing here is trying to provide sustainable solutions and technologies and a better way of doing things.’

Speaking of DiCaprio’s reaction to the exhibition, she continued: ’He’s just like, “I can’t believe you’re the only person in fashion doing this”, and I think he’s a bit gobsmacked I don’t have more colleagues joining forces with me.’