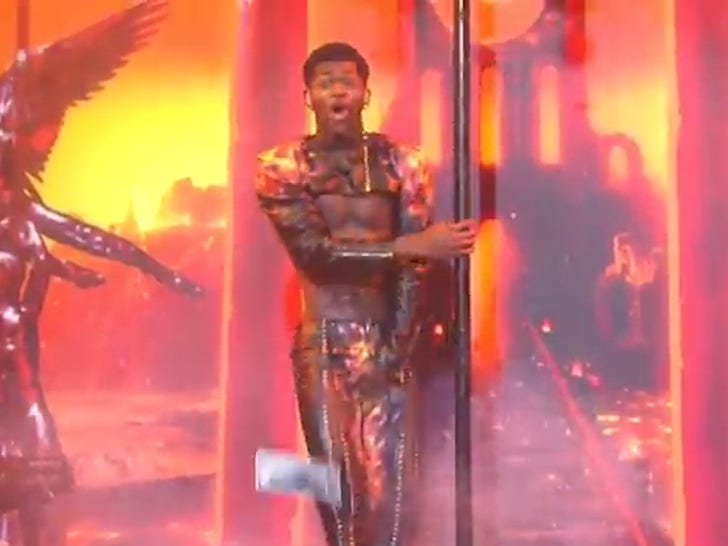 Lil Nas X brought “SNL” to a grand finale Saturday night, but the performance was a little … well, a little too tight.

Lil Nas was performing “MONTERO” during the show, and all the gyrating was too much for his pants, ’cause they split down the front.

It happens at around the 2:20 mark in the video, as he was dancing on a stripper pole. You see him drop low, and that’s when his pants do the splits.

He’s a pro, so he immediately grabbed his crotch — Michael Jackson style — so it wasn’t super obvious … but yeah, it happened.

He bolding glares right into the camera as it happens and then presses on to the end of the song.

Lil Nas X was the musical guest for the Season 46 finale.  Anya Taylor did the hosting honors.

He’s a funny guy, tweeting after the show, “NOT MY PANTS RIPPED ON LIVE ON TV,” adding, “OMFG NO… I wanted to do my pole routine so bad this what I get lmaoo.”

Frankly, it was fun to watch a real pro follow the maxim, “The show must go on!”