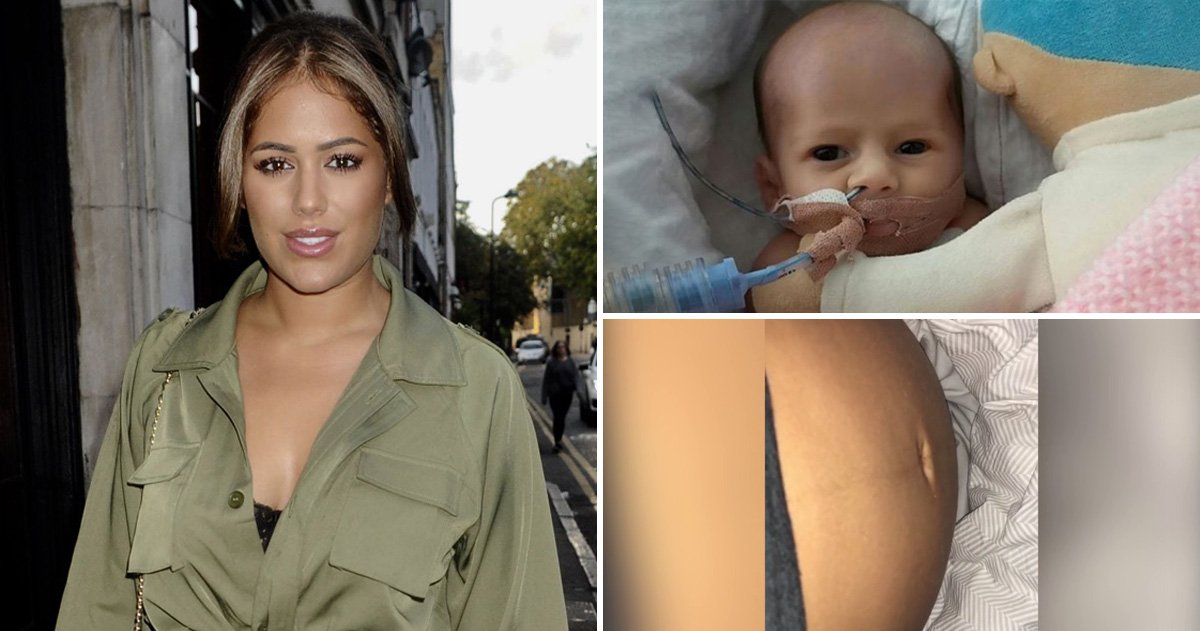 Malin Andersson has thanked fans for their ‘overwhelming’ support after revealing she recently suffered a miscarriage, but admits she’s ‘broken’ by the loss.

The former Love Island star revealed over the weekend that she discovered she was pregnant a short while ago, but then miscarried the baby soon after.

It came two years after the death of her newborn baby daughter Consy, who was born seven weeks premature.

Reacting to the warm messages she’s received over the past couple of days, Malin wrote in an Instagram post: ‘Guys, I’m overwhelmed with the support and messages.

‘I’m not going to lie to you all, I am broken. I put on a brave face a lot.. But I’m continuing to work as that’s what keeps me busy.’

She added optimistically: ‘I’m a strong soul, and I truly believe I’ve been tested.. In order to grow and create more resilience. To help spread and raise awareness on things nobody speaks about. To those that are worrying about me, I’m fine..

‘I’ll always be ok. I know there’s a bright future waiting for me.. Surely life can’t get any more cruel.’

Referring to her determination to have children in the future, she added: ‘My time will come.’

On Sunday, Malin, 28, shared a photo of two pregnancy tests – one positive and one negative – while explaining the reason for her brief absence from social media.

‘The past few months haven’t been easy for me, but there is also something else I would like to address.’

She then revealed: ‘I found out I was pregnant – and I then soon after miscarried. It pains me to talk about this in detail right now due to what happened to Consy.. but I want you all to know that miscarriage doesn’t discriminate and it can happen to anyone. Even when you think you have gone through enough.’

Reassuring fans of her wellbeing, she concluded: ‘I’ll be fine – my strength never ceases to amaze me sometimes but I felt that I needed to share this with you all as I’ve never been one to hold anything back – especially when I know it can help someone else.’

The TV star recently marked the two-year anniversary of her daughter’s death with a heartfelt post and a poem to comfort others who have ‘endured the same pain’.

For emotional support, you can contact Miscarriage Association’s pregnancy loss helpline on 01924 200799 or email [email protected]

Got a showbiz story?
If you’ve got a celebrity story, video or pictures get in touch with the Metro.co.uk entertainment team by emailing us [email protected], calling 020 3615 2145 or by visiting our Submit Stuff page – we’d love to hear from you.