Matthew Morrison opened up exclusively to Us Weekly about 25 things you might not know about him — including what he does to prepare himself before taking the stage, his first job and biggest dreams. Read on to learn more about the actor, singer and dancer.

1. [As a kid], my group of friends [and I] all had annual passes to Disneyland. We called ourselves the Lost Boys.

2. [My wife] Renee [Puente] and I fell in love quickly, and three months later she was living on a tour bus with me. With close quarters, you know quickly if you’re compatible!

4. I’m an entrepreneur! I started a lifestyle and clothing line for fathers called Sherpapa. I’m also a cofounder of the Museum of Dance in NYC [slated to open in late 2020 or 2021].

5. I always like to do a headstand before I go on stage. It gets all the blood to my brain, and I’m blasted with energy.

7. I had a very lonely and isolated childhood, but I have a big imagination because of it!

8. I got cowboy spurs tattooed on my ankles in Detroit when I was 19 and on tour with Footloose.

9. I wake up and have my morning meditation. I journal and have a dance party with my wife and son, [Revel, 2], every day!

11. I met my wife at a Grammy party. We saw each other across a crowded room and smiled.

12. Woodworking is my favorite hobby.

13. I was on the log ride at Knott’s Berry Farm when I was 11 and I didn’t want to get wet. I was in the very front, so I ducked under the log to avoid the water. I have a scar on my head from a screw that was underneath.

14. I was a singing busboy at an Italian restaurant when I was in high school. 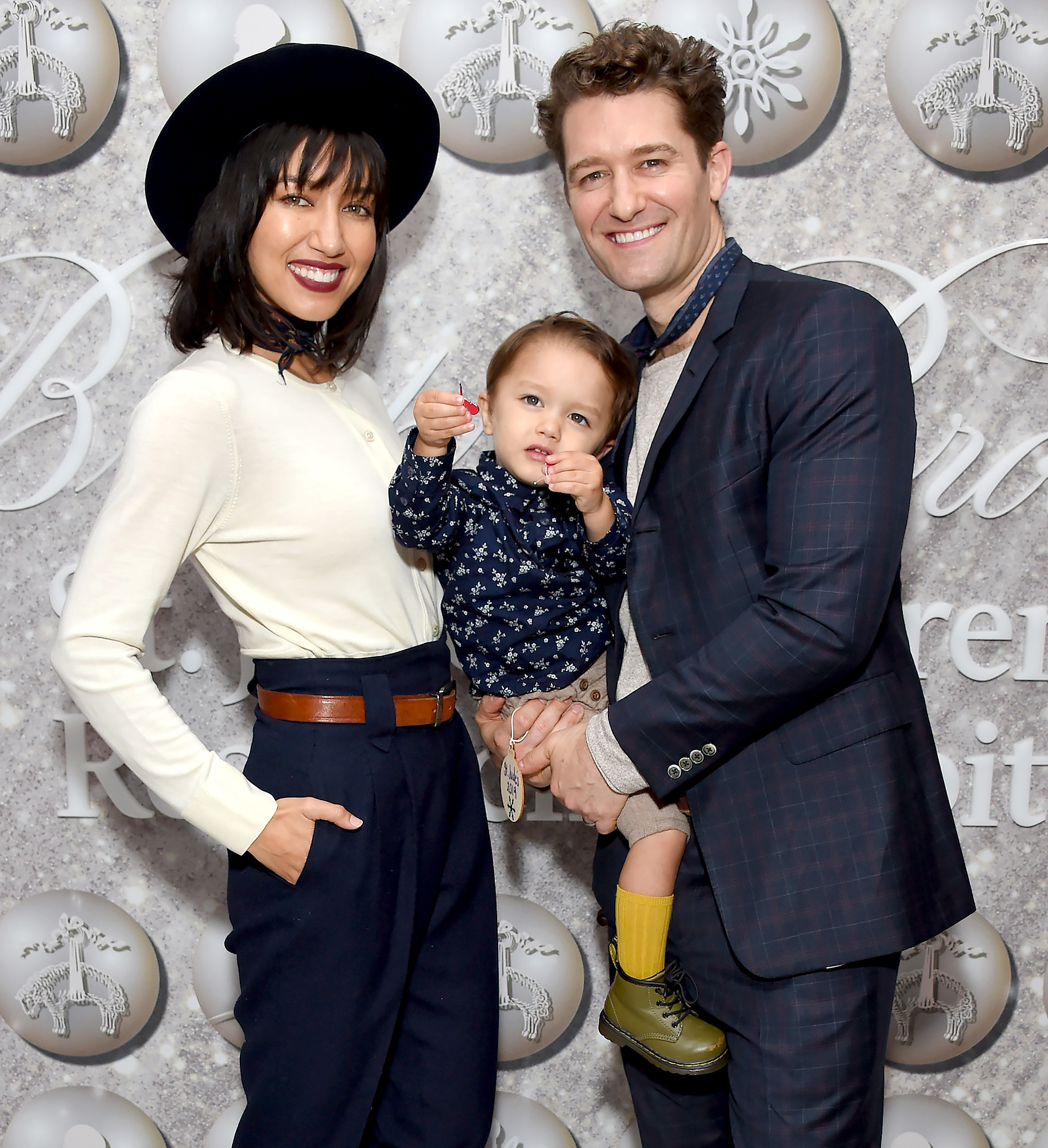 17. It’s my dream to move to Italy for a year to immerse my family in the culture — and hopefully learn Italian!

18. The best role I’ve had in my career has been being a papa to Revel!

19. My dream role would be to play John Wilkes Booth in the musical Assassins.

20. My first car was a silver 1984 Honda Civic. I got into a car crash about three months later and thought it was totaled. But my grandpa spent about 100 hours pounding it out with a hammer!

21. I always try to give shellfish a shot, but I’ve never liked it.

22. I’m a decent cook, but a brilliant sous-chef. One of my favorite things to do is help and learn from my wife in the kitchen.

23. My first professional job was singing backup for Don Ho in Hawaii.

24. I’ll challenge anyone to a staring contest!

25. One of my big lifetime dreams is to help give men the tools and guidance to go into fatherhood with confidence.

Disney Dreamin’ With Matthew Morrison is out now.