Monty Don shows off flooding in his garden in 2020

Monty Don’s garden in Herefordshire has been heavily flooded, as the UK suffers floods in the wake of Storm Christoph. The Gardeners’ World host took to social media to share an update with fans after capturing the “scary” scene.

The 65-year-old gardening expert reassured his 722,000 Instagram followers that seeing his garden underwater was a familiar occurrence, but it was still “slightly daunting”.

One snap of his garden captured his bemused dog Patti observing a drenched walkway.

“Here comes the flood,” he wrote beside the image. 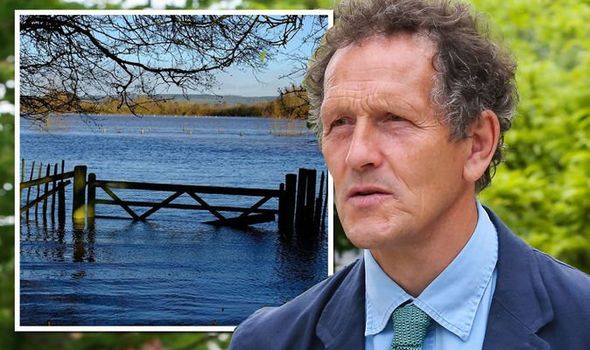 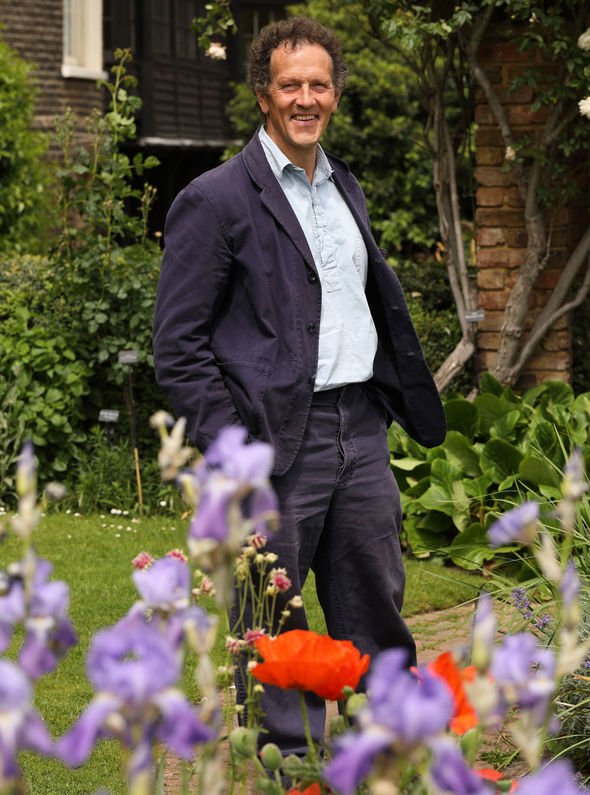 A second image showed a gate which appeared to be in the middle of a lake.

Trees in a fenced off area could also be seen underwater.

“All very familiar for us in this low-lying, watery place, but somehow special and slightly daunting every time,” Monty captioned the photo. 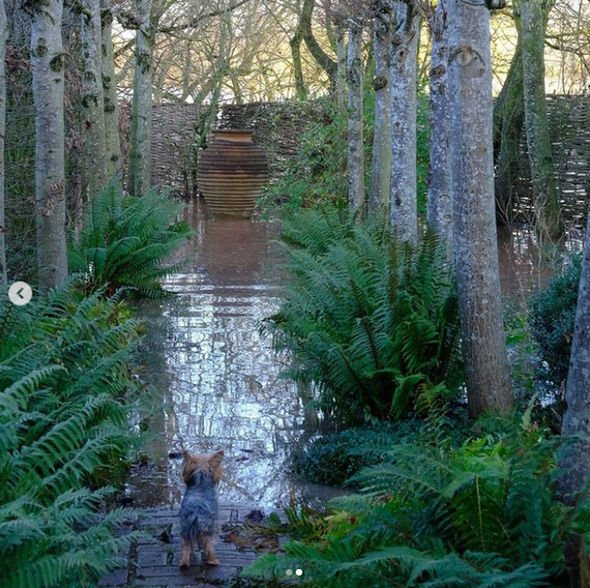 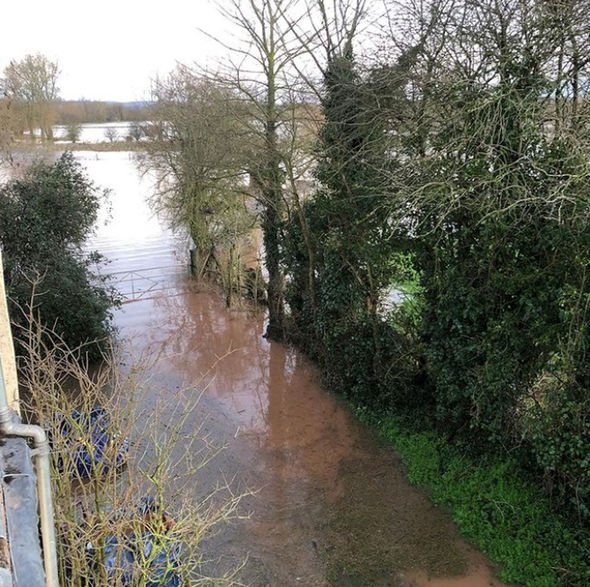 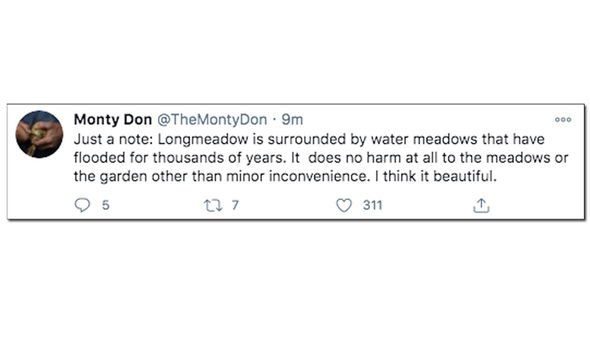 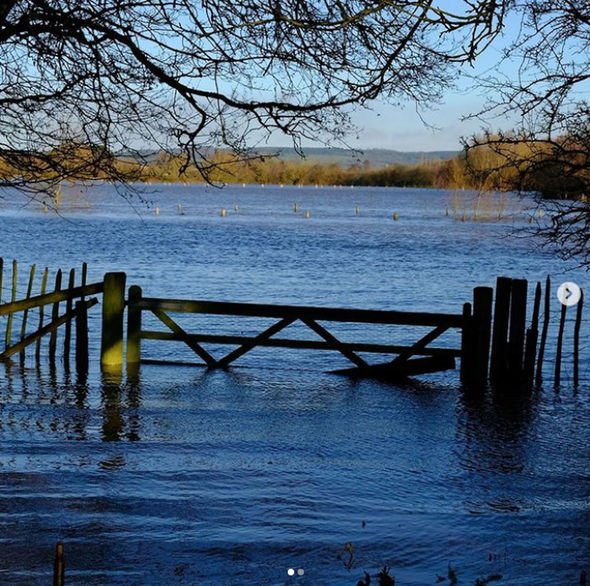 “Bit scary,” one person remarked, while another added: “Oh dear, that would terrify me!”

“Quite a challenge every season, even tho’ anticipated. Stay safe,”(sic) a third person said.

“Hope it’s not too close to your house,” a concerned fan added.

“I really hope your beautiful garden is not too devastated, especially Nigel’s sculpture,” another worried fan remarked.

Monty also snapped a picture from higher ground to show the flooded meadows surrounding his property.

“This morning’s view from the bedroom window.

“A little damp,” he wrote online.

After receiving lots of messages from concerned fans, Monty took to Twitter to confirm that the floods did not harm the meadows.

He said that it was a “minor inconvenience”.

His tweet, in view of his 207,800 followers, read: “Just a note: Longmeadow is surrounded by water meadows that have flooded for thousands of years.

“It does no harm at all to the meadows or the garden other than minor inconvenience. I think it beautiful.”