Neil Patrick Harris made a small joke about how skinny he is, when posting an awesome vacation photo.

Neil Patrick Harris, 48, and his family looked like they’ve been having an incredible vacation in Croatia! The How I Met Your Mother star got slightly self-deprecating, when he shared a shirtless photo of himself after taking a dip on Tuesday August 24. Even though he made fun of himself, the actor still looked great!

In the Instagram photo, Neil stared at the camera, looking like he just hopped out of the water and pushed his hair back. He rocked navy blue swim trunks with a white-striped trim around the waist. He accessorized with a simple chain necklace and a bracelet on one arm. In the caption, he joked that he was “165 pounds soaking wet.” He also tagged the clothing brand Ron Dorff and jeweler Miansai, it appears that’s where he got his bathing suit and maybe some of his jewelry.

It looks like NPH and his family have been living it up on vacation! The A Series of Unfortunate Events actor has posted a few photos and videos of his whole family, yachting around Croatia. On Monday, he posted a photo of his husband David Burtka, 46, and their twins Gideon Scott and Harper Grace, 10, lying down together on a boat. “Happily heading to our next adventure,” he wrote in the caption. 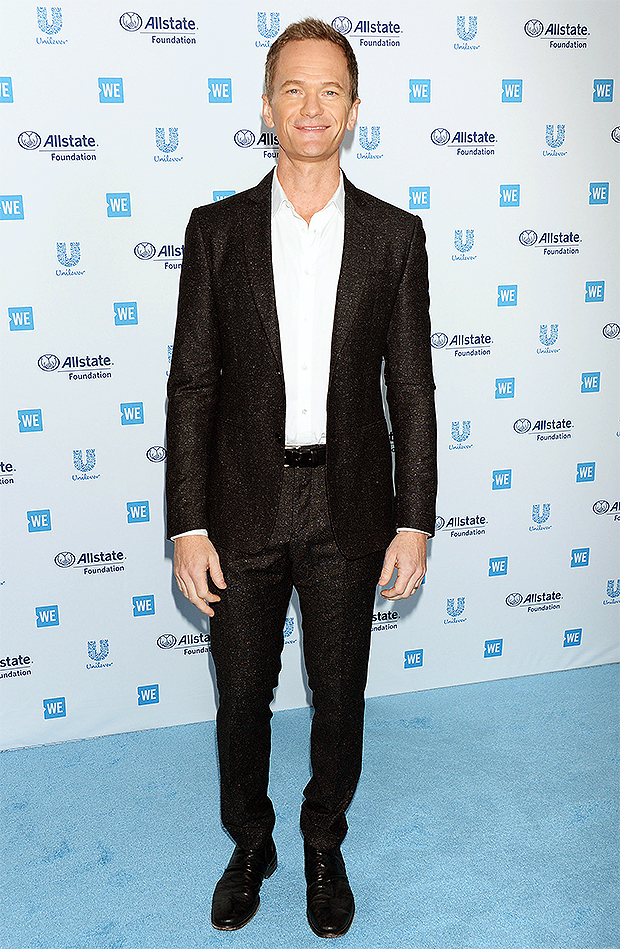 On Wednesday, he posted slowed down videos of both of his kids leaping off the yacht into the water. In the caption, the actor wrote that he “love[s] their post-jump sentiments.” After Gideon’s leap, the boy giggled with excitement. His daughter had a few more words, and Barney Stinson would certainly approve of how she described her leap! “That was awesome,” she shouted from the water.

It seems like both Neil and David have been enjoying plenty of time together this summer. Back in May, the couple were both spotted shirtless, kissing on a beach in Miami. Neil also shared a few photos of his husband on Instagram earlier in August, when the couple took what looked to be a romantic trip to the Italian coast! He called the trip “magical” in one of his captions.