The one-third of Jonas Brothers and the ‘Isn’t It Romantic’ actress own three dogs, one chihuahua named Diana and two German shepherds called Gino and Panda.

AceShowbiz –Nick Jonas‘ wife Priyanka Chopra has proven that she’s such a devoted dog mom. After the “Baywatch” actress got new tattoos dedicated to their three pups, the one-third of Jonas Brothers showed off the tributes on social media.

On Thursday, June 24, the 28-year-old singer shared on Instagram Story a picture of his wife’s ankle with miniature paw print tats on it. He also tagged Instagram pages that they made for their pooches, one chihuahua named Diana and two German shepherds called Gino and Panda. 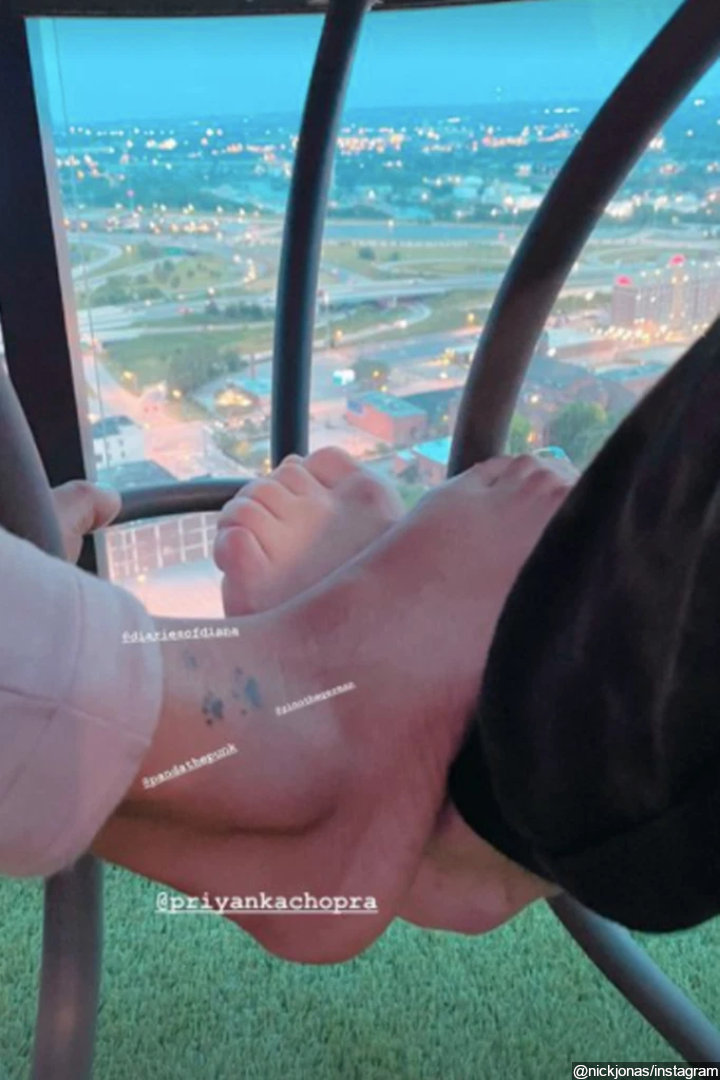 Priyanka has owned Diana even before she dated Nick. As for Gino, she purchased it in November 2019 for the “Sucker” hitmaker’s wedding anniversary gift. At that time, she took to Instagram to put out a video of her surprising her husband with the puppy in their bedroom. “So much cute in the same frame,” she captioned it. “happy almost anniversary baby.”

Her husband, meanwhile, turned to his own Instagram page to introduce Gino. “Pri came home with the absolute best surprise this morning. Please meet our new pup @ginothegerman I haven’t stopped smiling since I woke up this morning and finally realized what was going on. Thank you @priyankachopra,” he raved in the accompanying message.

Later in August 2020, Priyanka and Nick adopted Panda. Posting a picture of the two and their puppies on the photo-sharing platform, the “Isn’t It Romantic” star exclaimed, “Our new family portrait! Welcome to the family, Panda!”

“We adopted this little rescue (soon he won’t be so little) just a few weeks ago. We can’t be sure but he seems to be a Husky Australian Shepard (sic) mix…. and those eyes… and the ears!!!” the former Miss World winner further gushed. “BTW @diariesofdiana wasn’t around for our little photoshoot, but we couldn’t leave our #1 girl out…so…we made it work!”