While the trial and subsequent of O.J. Simpson for the murders of his ex-wife Nicole Brown Simpson and her friend, a 25-year-old waiter named Ron Goldman, might be nearly three decades in the past, the former actor and athlete has still managed to keep himself in the public eye. Whether it was authoring a book about how he would have hypothetically carried out the 1994 murder, his conviction for his participation in (or spearheading) an armed robbery in Las Vegas in 2007 (for which he served nine years in prison before being released on parole), or a number of other hijinks and stunts he carried out that seemed indifferent towards the gravitas of the crime, it seems O.J. can’t seem to resist the limelight.

By all appearances, this still continues to be the case, according to an interview O.J. gave that was recently published by The Athletic — one which has once again made headlines for some eyebrow-raising commentary from the ex-athlete. After the interview went live, certain pull quotes in which O.J. directly mentioned the murders of Nicole and Goldman were even enough to invoke a strong reaction from Nicole’s sister, Tanya Brown. So what did O.J. Simpson say? And how did Tayna react? Keep on reading to find out more. 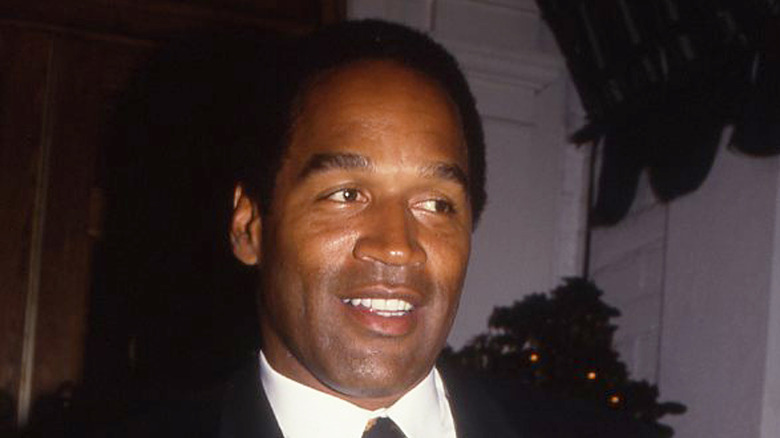 As TMZ reported on August 10, O.J. Simpson’s interview with The Athletic prompted a strong reaction from the sister of Nicole Brown Simpson, who had been divorced from the former actor for only two years before her murder in 1994. In his remarks to the outlet, however, O.J. seemed to focus more on himself than the victims of the crime, stating that he now avoids traveling to or visiting Los Angeles, where the double-homicide occurred, claiming he “might be sitting next to whoever did it” and alleged that he suspected an individual of the crime, though did not mention a name.

Many — including Nicole’s sibling, Tanya Brown — found O.J.’s words to be “absurd and disrespectful” to the actual victims. In particular, Tanya felt, as TMZ put it, that “all one has to do is look back at the DNA evidence from the murders, which shows the only blood at the crime scene belonged to Nicole, Ron and O.J.” She also exclusively told the outlet that she believes O.J. has told himself so many lies over the years in relation to his possible involvement in the murders that he has convinced himself of his innocence — one, in her mind, based purely on delusion.