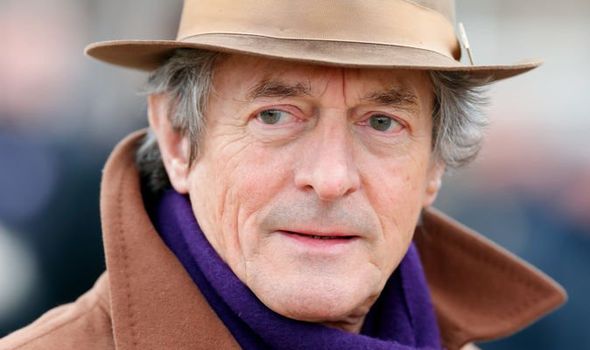 Mention the name Nigel Havers and the general response is, “Ooh, what a smoothie.” He might be 68, but the well-bred actor, still proudly sporting a thick mop of hair, albeit a silver one, and a 30-inch waist, remains the very embodiment of dashing, old-school English charm. Over the course of his 40-year career, he has carved himself a niche playing smoothies, gentlemen and cads in films like Chariots Of Fire and Empire Of The Sun and in TV sitcoms, theatre plays, and soaps.

But one place we perhaps didn’t expect to see Nigel pop up was on daytime TV.

The veteran actor has turned presenter to host a new BBC show, The Bidding Room, from the makers of hit series The Repair Shop.

“I pretty much do everything I’m asked to,” laughs the self-deprecating star.

“I describe myself as a letterbox actor, a phrase John Hurt taught me, meaning a script comes through my letterbox, I open it, read it and do it. So I’ve been constantly busy for years.” 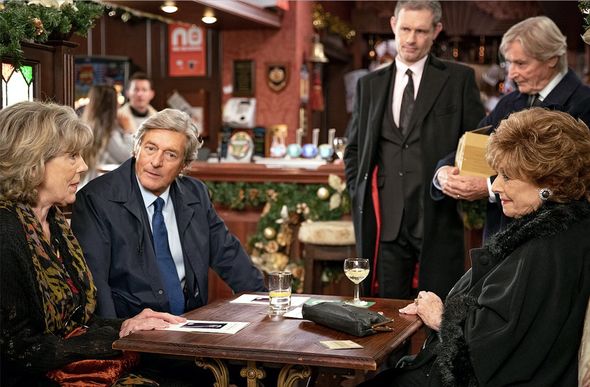 Antiques-loving Nigel is a good fit for the new show.

People bring in items they’d like to sell, get expert advice on their value, then make as much as they can in the bidding room while five dealers haggle to buy their wares.

The actor’s own taste in fine art once led to a brush with the law when, at the height of his fame in ITV’s The Charmer, a magazine photographed Nigel at home.

“Someone recognised the 18th-century oil painting above my fireplace and a week later the police knocked saying I was in possession of a stolen picture.”

“I’d bought it from an antiques dealer but it had been snatched four years earlier in a robbery,” Nigel explains.

“The police asked if I’d taken it. I indignantly replied, ‘Do I look like a robber?’ But I had to give it back.”

Currently in lockdown with his wife at their converted barn in Wiltshire (they also have a London apartment), Nigel collects stuffed fish, parrots and even has a Caiman crocodile.

“I now fancy myself as an antiques expert, but my wife has forbidden me from buying anything else.” 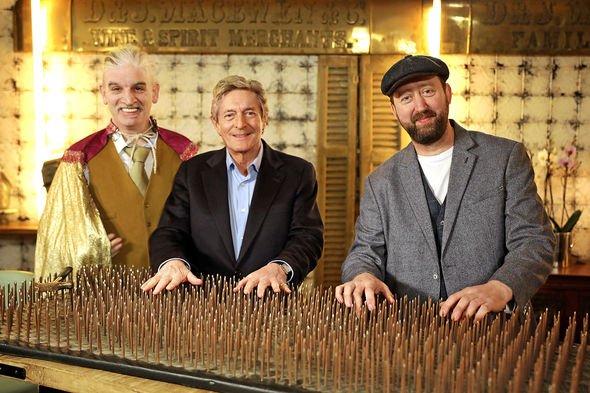 With flirting coming as naturally as breathing to the star, it’s no surprise his love life has been interesting.

His first marriage to Carolyn Cox produced a daughter, Kate, in 1977, but was dogged by affairs and they split.

His second wife, Polly Williams, he called “the love of his life”, but she tragically died from ovarian cancer in 2004.

His third wife, Georgiana “George” Bronfman was close to Polly and the couple fell in love following her death. They married in New York City in June 2007.

“Time has gone so fast – too fast. We both usually forget our wedding anniversary, but we love each other and are very happy.”

George accompanies Nigel wherever he works, and helps him learn his lines, but otherwise takes little interest in his career.

“She knows nothing about acting,” he insists. “Quite honestly she thinks it’s very silly and has asked me if there is anything else I can do. I said not really.”

With his ladies’ man reputation, is she ever jealous of other women? 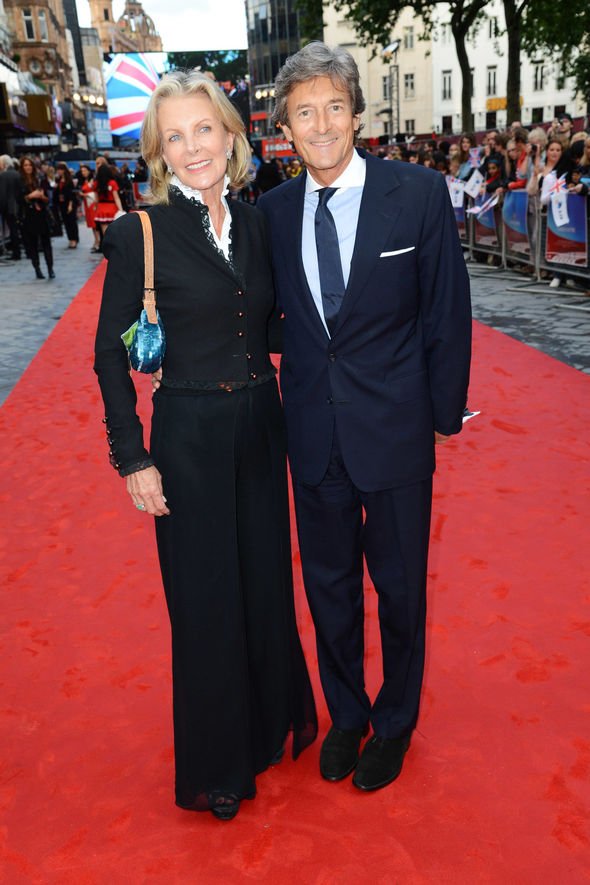 “Hmm, she doesn’t really like it when I have to kiss anyone, no,” concedes the actor. “But I’ve got to the age where I don’t really do that any more.

“George was once at our butchers’ in London when she happened to spot Helen Worth [Corrie’s Gail Platt] and shouted, ‘Oi, you. Stop kissing my husband!’ The whole shop turned around to look. But they later laughed about it.”

The last time the couple argued was three years ago when Nigel appeared on Piers Morgan’s Life Stories.

“When they first asked me, she said, ‘Over my dead body.’ They asked me again the next year – they pay really good money by the way – so I said yes, but only told her the night before and tried to mumble the name of the show.

She stormed out. I thought, ‘I’d better stay at a friend’s.’

Then she returned and said, ‘You can do the show, but I want to get a dog.’

“So now we have Charlie, a clever, black three-year-old poodle. I wanted to call her Piers. But it was a win-win for me because I love Charlie.” 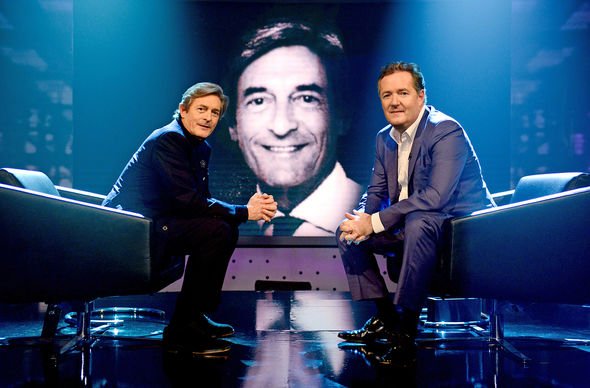 When not in lockdown, traffic-loathing Nigel can be found zipping around London on his Vespa bike or taking a motorboat out on the Thames, for which he holds a license.

Very well connected, his late father was Baron Michael Havers, the lawyer who successfully defended the Rolling Stones on their infamous 1967 drugs charge, and the actor’s godson is the comedian Jack Whitehall.

“He’s mind-bogglingly good,” says a proud Nigel, whose own agent for many years was Jack’s father.

“Jack jokes that I am his real father because I arrived at the hospital on my way to a function, in my dinner jacket, and was accidentally shown into the birthing room the very second he came out.”

“I was the first person to see him.”

“I remember Jack’s first stand-up when he was still at school, at some pub in Putney.”

“I joked afterwards, ‘Have you thought about becoming a solicitor?’ But now he plays The O2. He has absolutely no nerves. It’s amazing.”

While in the country, Nigel loves to swap his trademark jacket for casual clothes to walk the dog and play with his grandchildren.

“Weekends are normally very precious. We wear tracksuits, go to the pub, take long walks and see my daughter,” he says.

“I love being grandpa to Nico, six, and Francesca, four. They’re adorable. We can’t see them at the moment, of course, but we wave at them over the fence.”

He stays in shape by eating once a day, running and going to the gym.

“It’s just being sensible,” he reveals. “I still like a glass of red wine, but nothing like what I used to.”

“I love parties, but I often don’t drink at them because I prefer having my wits about me, watching other people get hammered and making absolute idiots of themselves.”

Nigel refuses to slow down.

This autumn he should be going on tour with his own theatre company, performing in the Noel Coward play, Private Lives.

He’ll also star in the upcoming Finding Alice on ITV and the reboot of the popular series All Creatures Great And Small.

“I have absolutely no plans to retire – I don’t know what that word is,” he insists. Nor will he celebrate turning 70 in a couple of years.

“Ageing is annoying. It’s a bit like the coronavirus – no one wants to get it but you can’t choose. My main ambition in life now is to keep calm and stay happy.”