Verdict: A reasonably wonderful After Life

Shakespeare wrote 37. George Bernard Shaw wrote more than 60. But Alan Ayckbourn has topped them both with his 85th play, The Girl Next Door.

That’s more plays than he’s lived years. It’s a colossal achievement, and even Ayckbourn’s sceptics must surely now salute him as our greatest living playwright.

And on the evidence of this latest work, his powers are undimmed. It’s the story of 60-year-old veteran thespian and womaniser Rob Hathaway who has lockdown boredom when he spies a woman in 1940s clothes, hanging washing in his neighbours’ garden.

Going to investigate, he discovers a space-time anomaly: he is in Tier 3 in 2020, but girl-next-door Lily is in the 1942 Blitz, while her husband fights in the battle of El Alamein. 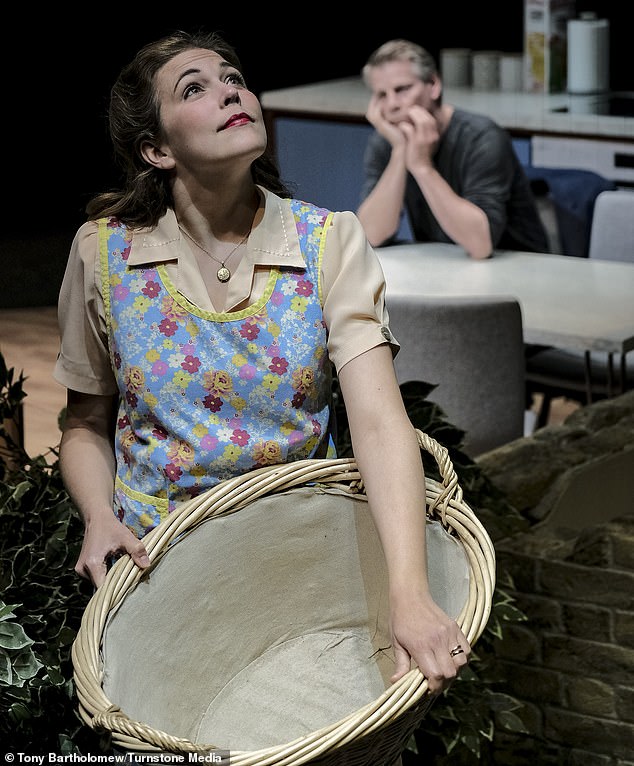 The Girl Next Door is Alan Ayckbourn’s 85th play – more plays than he’s lived years. It’s a colossal achievement, and even Ayckbourn’s sceptics must surely now salute him as our greatest living playwright

The play is a delightful mix of past and present, with Ayckbourn connecting Lily’s experience of the blackouts with our experience of Covid. It’s a brilliantly constructed play, turning inconsequential details into later revelations, exploiting a nice dilemma about the perils of meddling in the past and ending with a twist that transforms the tale into an uncanny ghost story.

Best of all, Ayckbourn wants nothing more than our amusement, offsetting his characters’ foibles with sweetness and sensitivity. Bill Champion’s Rob is an affable Lothario who tries to explain the science of his experience with reference to a one-off appearance in Dr Who. But the heart of the play is Naomi Petersen as Lily, who illuminates the stage with a sunny smile and cheerfully accepts the extraordinary breach in the laws of physics.

As always with Ayckbourn in Scarborough, the play is presented in the round with the audience on all sides, reminding us that the action is all about us and is a tale of endurance and rebirth.

It’s Ayckbourn’s ability to show our airs and graces in our fitted kitchens and patios (contrasted with next door’s rusty tap and vegetable garden) that make him an enduring man of the people.

Ghosts are also the theme of After Life, Jack Thorne’s multicultural adaptation of Hirokazu Kore-eda’s Japanese art-house movie. Set in the next world, the dead are asked to supply a memory from their past lives which will be recreated for them in a specially choreographed performance.

This allows them to move on to the next stage in what might be called in modern parlance ‘the death process’. Failure to do so means you become an administrator in limbo for an unknown term. It’s an interesting idea speculating on the ghosts we may become — as well as the ways we are haunted by our memories. 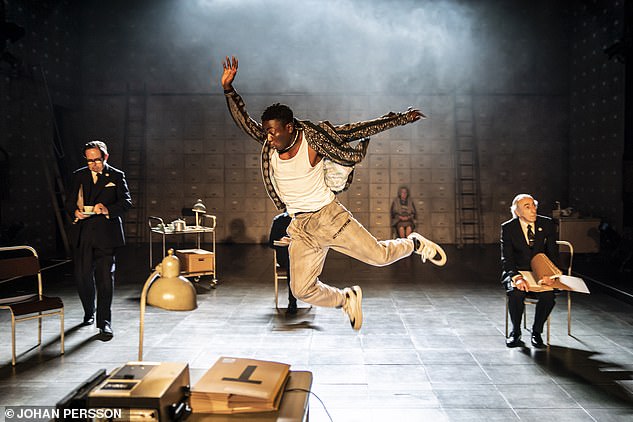 And, yes, it’s a surprisingly sentimental welcome back from the often glum National Theatre. Yet, clever and dreamy though it appears, thanks to Bunny Christie’s dystopian design, featuring grey filing cabinet drawers for the records of the dead (they have yet to go digital upstairs), it’s a slightly soulless 100 minutes.

Jeremy Herrin’s production is, however, triumphantly self-assured, creating a sense of playfulness in purgatory as the set turns into a film studio for the performance of the char-acters’ memories.

Those moments are a conglomeration of sketches, the best of which come from Togo Igawa as a rueful, old Japanese man who regrets that his young bride never really loved him, and June Watson as a Lancashire woman who wants to remember her husband eating sugar bread at the 1940s dance where they first met.

The staff in this celestial processing facility are assorted functionaries in grey suits, but Luke Thallon creates some intrigue as an intercessor with a bad conscience and Kevin McMonagle is warmly avuncular as the ‘Tannoy Guy’ who exhorts and consoles the dead through a public address system.

ON A STICKY WICKET WITH THIS REPULSIVE PLOT

The Death Of A Black Man (Hampstead Theatre, London)

First performed at the old Hampstead Theatre on this site in 1975, it’s the story of Shakie (Nickcolia King-N’da) and Stumpie (Toyin Omari-Kinch), who spend most of their stretch on stage debating whether to get rich by selling African furniture made in Yorkshire, or promoting under-rated black music.

At the centre of the action is Shakie’s former girlfriend, Jackie (Natalie Simpson), who they assault and hold hostage shortly after her return from the West Indies. While she fears being raped by the pair, their real plan is to drain her bank account and sell her into sexual slavery. 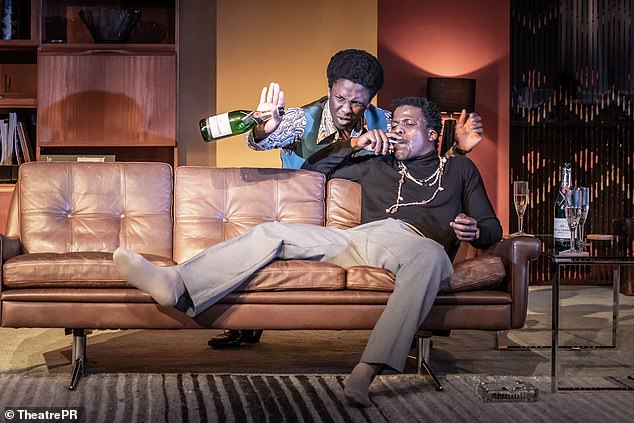 It’s a repulsive plot, the more so because the men are more interested in necking champagne, smoking weed, boasting of their sexual prowess and rapping about Rastafarian radicalism, while the woman languishes in terror.

The idea that Shakie and Stumpie are denied social mobility by systemic racism is one of Fagon’s many themes.

But he also trades in various horrible stereotypes, with one of the men boasting how he turns girls into women by having sex with them. King-N’da and Omari-Kinch try and fail to make their characters sympathetic. And as their victim, Simpson maintains huge dignity, but has a wretchedly written part that allows her only feeble protests.

Dawn Walton’s production looks cool at first, with cricket-loving Shakie in a garish turquoise suit that screams in contrast to the yellow walls.

That yields to a ghostly black set, in which a crazy scoreboard commemorates Sir Gary Sobers’s demolition of the England cricket team in 1973, by recording a score of one billion runs. By then, both play and production have given up the pretence of drama, and the three characters present their diatribes direct to the audience. P.M.