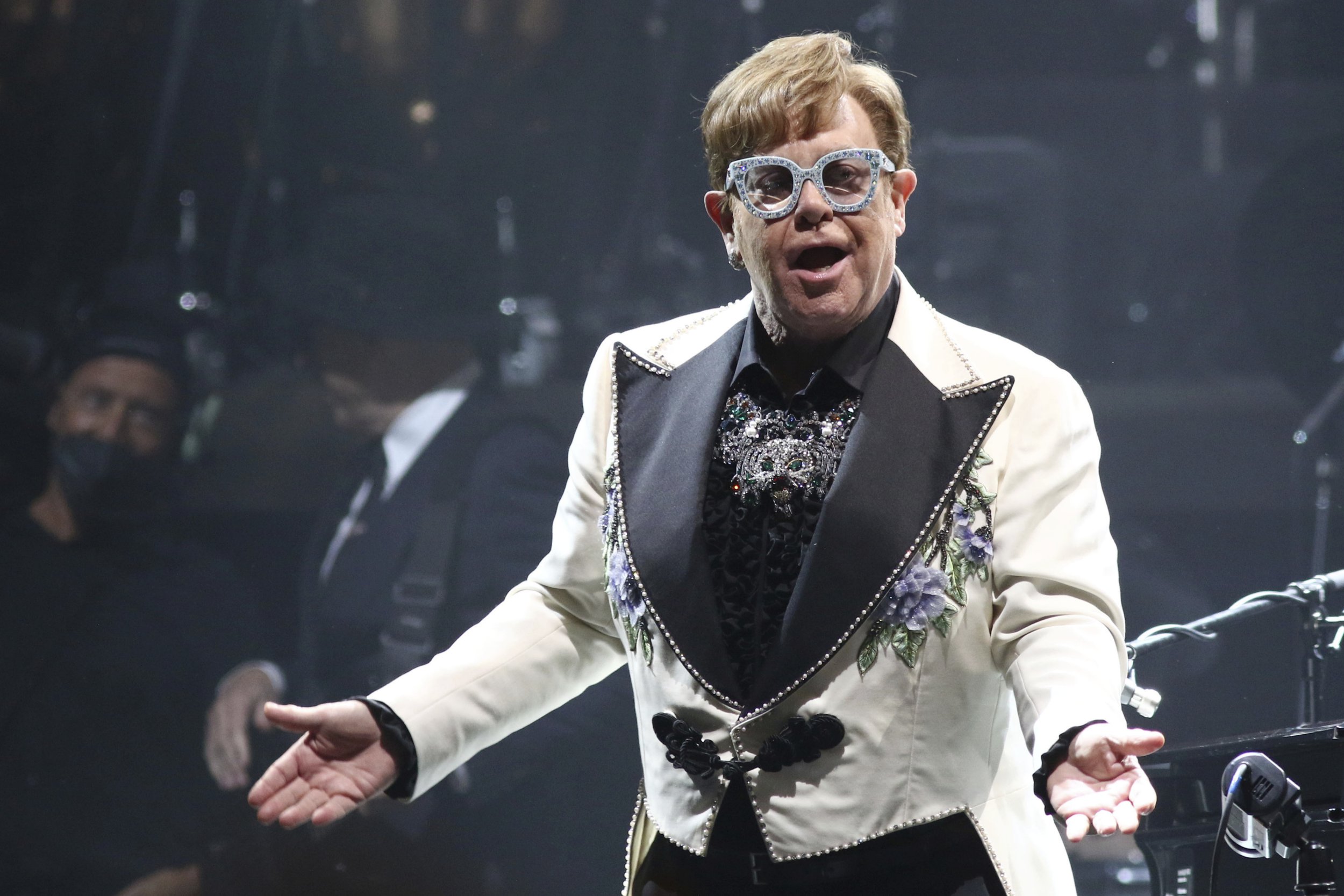 Sir Elton John reportedly experienced a terrifying ordeal when his private jet was forced to make an emergency landing due to a hydraulic failure mid-air.

The Candle In The Wind singer boarded his £66million plane on Tuesday before taking off at 10:20am.

It was bound for New York where Sir Elton was due to perform the latest stop on his Farewell Yellow Brick Road tour at Madison Square Garden.

However, the aircraft suffered a problem with the hydraulics an hour into the journey when they were already at 10,000ft. The pilot was forced to make a U-turn just as it approached the southern coast of Ireland.

According to The Sun, the jet headed back to Farnborough Airport, Hants where air traffic control was radioed to declare an emergency landing. Ambulance crews and police were alerted at 11:19am with firefighters from six stations racing to the scene to clear the runway.

One eyewitness told the publication: ‘The jet was being buffeted and couldn’t land. It was horrible to see.’

Plumber Philip Thomson was working nearby when he saw the plane overhead, and later learned it was Sir Elton’s plane.

He recalled: ‘The terrible weather and epic gusts made it almost impossible to land. Two attempts to touch down failed.

‘The aircraft’s nose was far too vertical. The plane was descending and was halfway along the runway when it gave up trying to hit the tarmac. It soared back in the air.

‘A crowd had gathered after word went around that Elton was in difficulty. And as the plane came around again for a second attempt to land, the storm was doing its worst.’

Thomson added that the plane was being ‘rocked’ side to side due to the high winds and had to make three landing attempts before the pilot was able to successfully pull it off.

He said: ‘It was a horrible thing to see, and you wouldn’t have swapped places with Elton on that small plane for anything. I bet he said a few prayers of thanks.’

Another source said Sir Elton, 74, was ‘shaken’ but continued on with the show when he eventually landed in New York.

The singer performed to thousands at New York City’s Madison Square Garden as he continues his ongoing mammoth final tour before he retires from live performing in 2023.

It comes after he tested positive for Covid in January and was forced to postpone several North American dates. However, he is fully vaccinated and made a swift recovery.

Metro.co.uk has reached out to Sir Elton’s reps for comment.