Nathan Robinson, founder of the leftist magazine Current Affairs and a self-described socialist, "effectively fired" almost his entire staff last week after they tried to organize a worker's co-op, the laid-off workers wrote in a letter Wednesday.

The letter, addressed to "comrades," said that Robinson "became agitated" during a meeting on Aug. 7 about creating "a democratic workplace where all voices were equally valued."

"On August 8th, editor-in-chief Nathan J. Robinson (author of Why You Should Be A Socialist) unilaterally fired most of the workforce to avoid an organizational restructuring that would limit his personal power," the letter, authored by five former staffers, reads. "Yes, we were fired by the editor-in-chief of a socialist magazine for trying to start a worker co-op."

The former staffers clarified in a footnote that while Robinson technically asked for their resignations, he also informed them they would be replaced and told former managing editor Lyta Gold that she was fired.

Robinson, who is also a Ph.D. student in Sociology & Social Policy at Harvard University, founded the bimonthly magazine in 2015 through a Kickstarter campaign with his roommate Oren Nimni, who is currently the publication's legal editor. He explained to the magazine's staff on Aug. 8 that he thoughts others had gained too much control over their operations.

"This organization has been heading slowly for some sort of reckoning where it was going to have to be made clear once and for all what kind of authority I wanted to have over it. And I was in denial about the fact that the answer is I think I should be on top of the org chart, with everyone else selected by me and reporting to me," Robinson wrote to the former staffers on Aug. 8, according to their letter.

"I let Current Affairs build up into a sort of egalitarian community of friends while knowing in my heart that I still thought of it as my project over which I should have control." 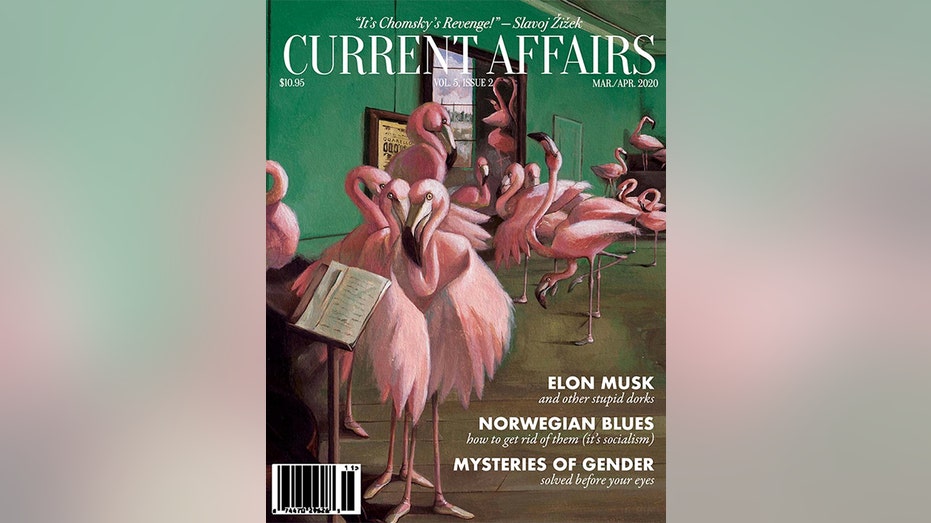 The magazine's board of directors reached an agreement to pay all the former staffers through September and put the publication on a one-month hiatus.

Vanessa Bee, a member of the magazine's board, tweeted that she "is deeply upset and disappointed by the events that led us here." Bee did not respond to a request for comment on Wednesday.

Robinson, in addition to his Ph.D. work and role as editor-in-chief of Current Affairs, was also a columnist at the Guardian before he was fired earlier this year for criticizing aid to Israel.

He took aim at Ben Shapiro, editor-in-chief of The Daily Wire, for a video critical of unions in June, writing sarcastically, "imagine if you controlled your workplace and could decide how the money was spent and your boss was an elected leader rather than a feudal tyrant. what horror!"

Robinson most recently tweeted on Aug. 14 that he is doing academic research "on how socialists organize."

Robinson did not respond to a request for comment on Wednesday.